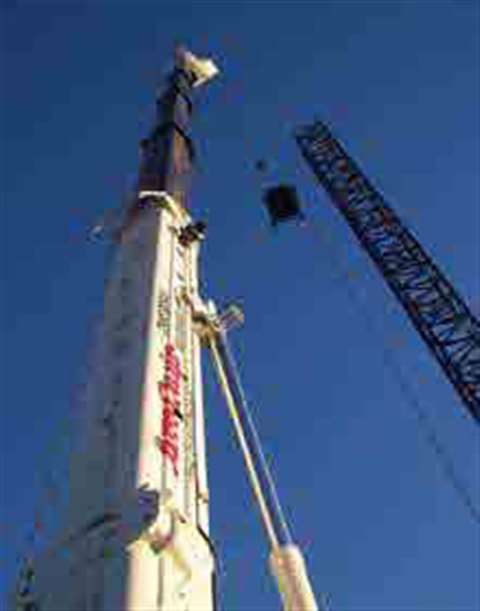 Late last year, Philadelphia-based AmQuip made the strategic decision to boost its market share in the tower crane rental market. The company has opened a tower crane center in Birmingham, AL

In its continuing efforts to expand its tower crane business, Philadelphia–based AmQuip has opened a tower crane headquarters in Birmingham, AL. “Our entire tower crane operations are based here, including sales, overhaul, parts, service, the whole nine yards,” said Dennis Bates, vice president of AmQuip's tower crane division. “We will use AmQuip's other locations as satellite staging areas for parts, but operations–wise we will run it all through here.”

“It's a complete factory, essentially,” explained AmQuip general manager Frank Bardonaro. The new facility “will allow us to expand our geographic reach for tower crane rental and also allow us to go after some of the longer term bare rental projects with our crawler and rough terrain cranes in that market area.”

Opening the new center in July follows AmQuip's $60 million purchase at ConExpo earlier this year of more than 60 Potain and Terex tower cranes. At the time of writing in late August delivery of the first six units was imminent. Between this September and May 2006 AmQuip is expecting delivery of one new tower crane a week. “The situation with the market is so good that everything arriving is already booked,” said Bates.

“They are not just for 40 or 100 storeys,” he said. “We're using them for 10 storey buildings. We can place cranes where they couldn't have gone before.”