The historic Texas town of Von Ormy is situated along the Medina River in southwest Bexar County, about 15 miles from downtown San Antonio. There’s an abundance of folklore about Von Ormy that, according to archeological findings, has had continuous human habitation for close to 8,000 years. It is believed that the first ever cattle ranch was founded in Van Ormy. Another claim to fame for the town is that Mexico General Santa Anna camped in Von Ormy before making his famous march on the Alamo during the Texas War of Independence. 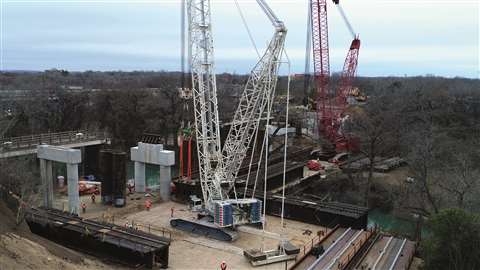 TNT dispatched two crawlers from its fleet to the project, its Demag CC 2800-1 in SSL configuration and a Manitowoc 18000.

Today Von Ormy is a map dot with a population of about 1,200 residents. Interstate 35 runs through the little town that also is home to a BNSF Railway switching station. The rail facility began operations in 2016 after a $40 million investment by BNSF.

TNT Crane & Rigging was contracted by Ames Construction to assist with installing new railroad bridge trusses across the river. The project involved moving five trusses that had been removed from the old bridge. Four of the pieces weighed 187,000 pounds each. The third piece of the demolition truss weighed 270,000 pounds.

For the new bridge installation there were also five trusses, four of them weighing 187,000 pounds each and the third piece weighing 1,001,000 pounds.

TNT dispatched two crawlers from its fleet to the project: a Demag CC 2800-1 in the SSL configuration and a Manitowoc 18000.

The bridge installation was a fast-paced project that required getting the cranes in, rigged and ready to lift quickly. One of the biggest challenges was the rapid time frame TNT was allotted to remove the old bridge and install the new bridge trusses.

Brian Wenneshiemer, director of crawler cranes for TNT, said the rushed timeframe was required because one of the railroad’s clients was an automotive company bringing shipments from Mexico into the United States. If the bridge had been down any longer than 24 hours, it would have caused a significant financial strain on the client.

To prepare for the ground conditions on either side of the river, geotechnical reports were pulled and reviewed. Elaborate crane matting would need to be utilized and the cranes would need to be assembled and rigged on top of the river embankment and then catted into place.

“Prepping the ground was quite difficult,” said Wenneshiemer. “We only had one access road to get from the top of the hill, where the jobsite yard was located, to the bottom of the hill where the crane pad for the CC 2800-1 was located.”

He said that the ground condition report from the civil contractors was exactly as expected on the slope of either side of the Medina River in January. 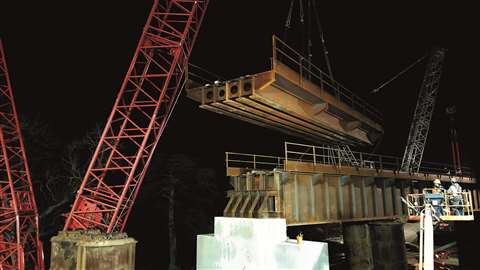 For the CC 2800 and the M18000 to work safely, several tons of aggregate was used to construct the base for the crane pads, said Wenneshiemer.

A third-party civil engineering firm performed a bore and compaction test and a geotechnical survey. Once the aggregate rock was deemed to be adequate, TNT’s crews added a layer of wooden mats and a layer of steel mats to assure the ground bearing pressure was well under what was required to make the lifts.

A temporary steel bridge had to be constructed across the river to get the M18000 into place.

“This was not the easiest task,” said Wenneshiemer. “The client had to drive pile to get a good solid base before the platform of the temporary bridge could go on.”

The crane operators were Gary Tedder and Rick Shepperd on the M18000 and Denver Brown on the CC2800.

“Because of the way the third truss, weighing over a million-pounds, was placed over the river prior to the lift, the CC 2800 had to pick and carry the bridge when they started coming up on the piece,” Wenneshiemer said. “The operators handled it like seasoned vets. As the customer and spectators watched, their teeth clinched a little tighter as the CC 2800 walked ahead. Whether it’s one pound or a million, we treat each lift with the thoughts of the safety and concern for each individual and their families from the day we bid the job.”

Working into the night, the project was successfully completed in 13 hours and ahead of schedule. The bridge was in place in time for the scheduled train to make its way north through Texas.

“What I’m most proud of is the involvement between our team with the customer and their employees,” Wenneshiemer said. “The communication level from the railroad owners, Ames Construction and our team was excellent.”

“But we were all on the same page,” he said. “What was easy for us was the conversations regarding safety, our culture as a company and how we were going to approach the job. They were very easy conversations. It’s the men and the safety culture that makes us different. Lots of people have big cranes, but for these jobs it comes down to the people.”

Mike Appling, CEO of TNT, couldn’t have been prouder of how the TNT team executed the project.

“We could not be more excited about the safe, ahead-of-schedule and flawless execution of this lift,” Appling said. “There were many facets of TNT collaborating on this project and they did a fantastic job. From Sterling Frymire selling it to Steve Owens and Brian running it, our operators and engineers, everyone pulled together for a very complicated lift. It is easily one of the heaviest and most complicated crane lifts performed by TNT and I am very proud of our entire team for not only what they accomplished but the tremendous service and solutions provided to our customer.” 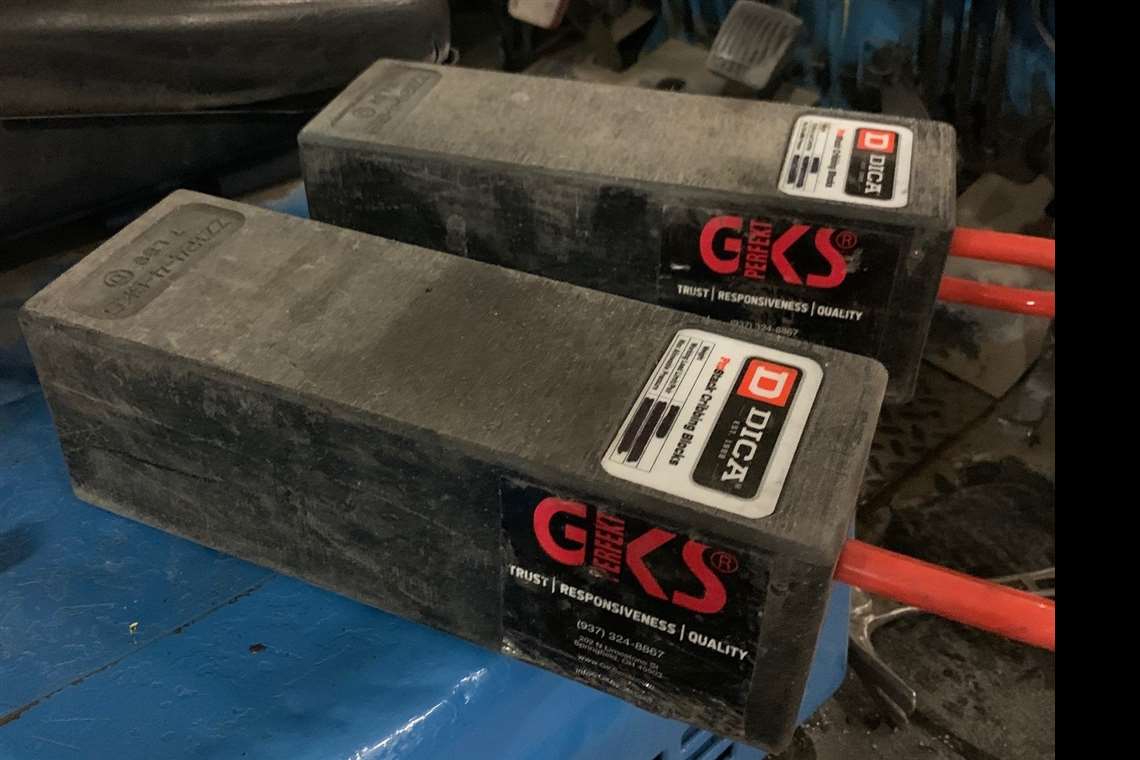 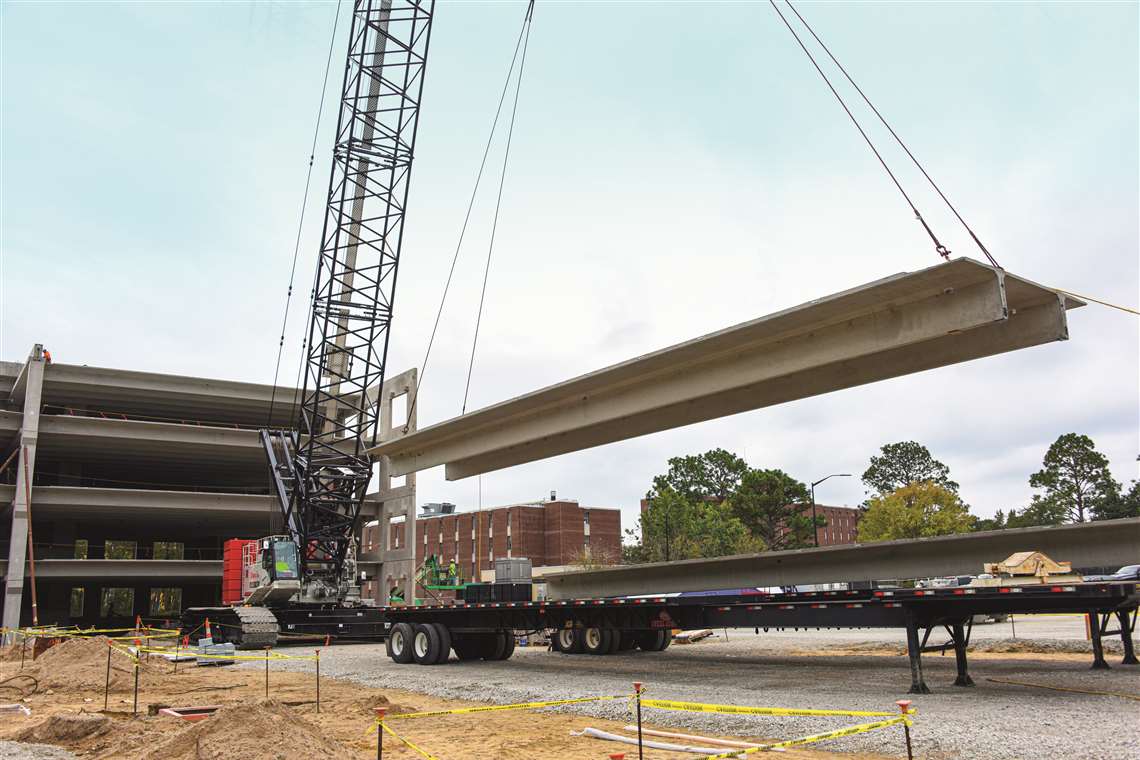 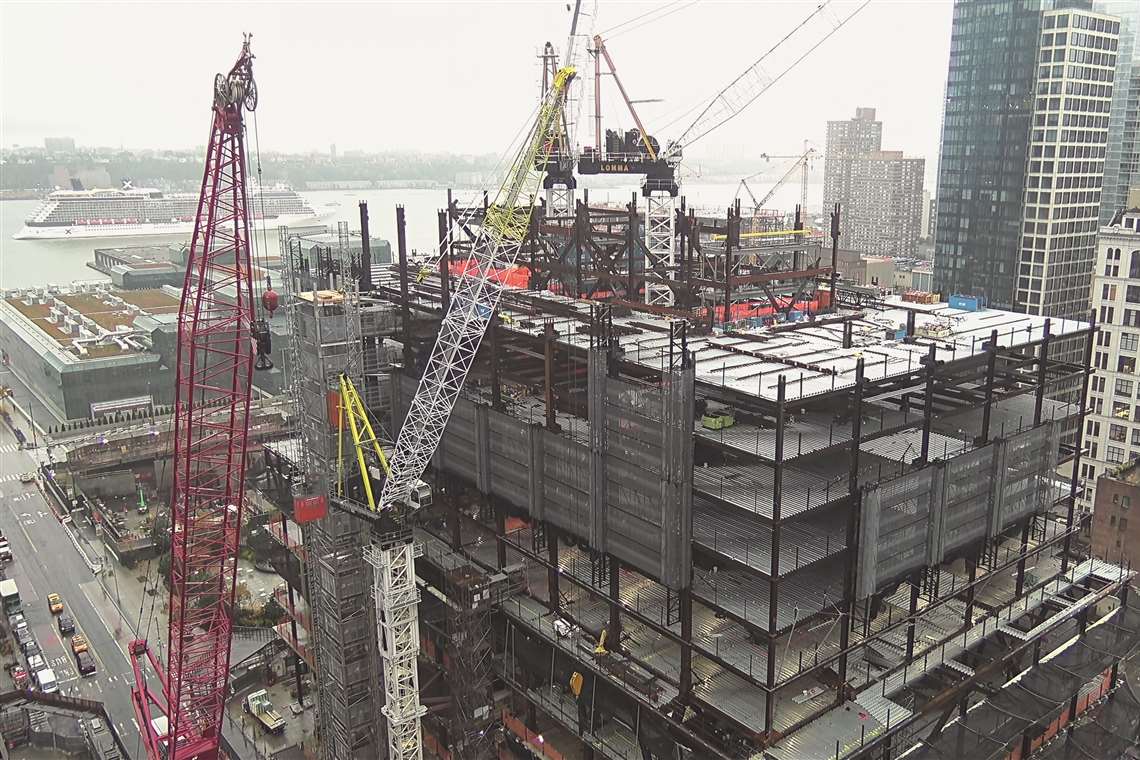 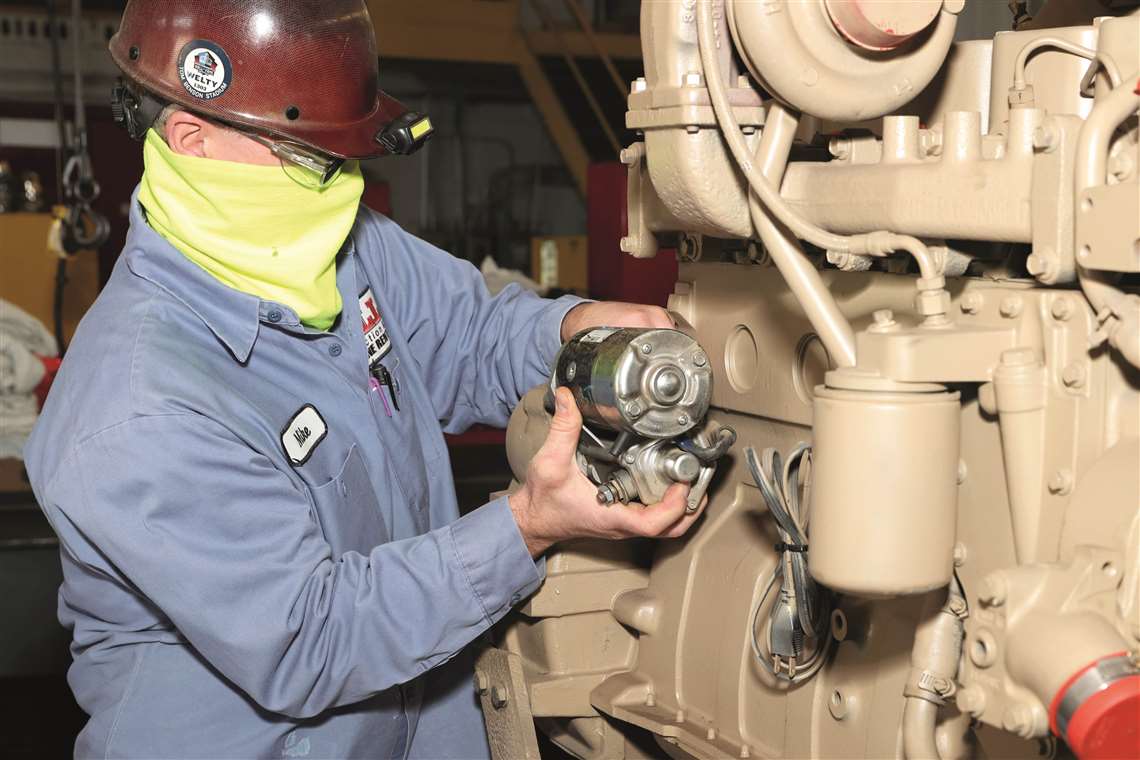 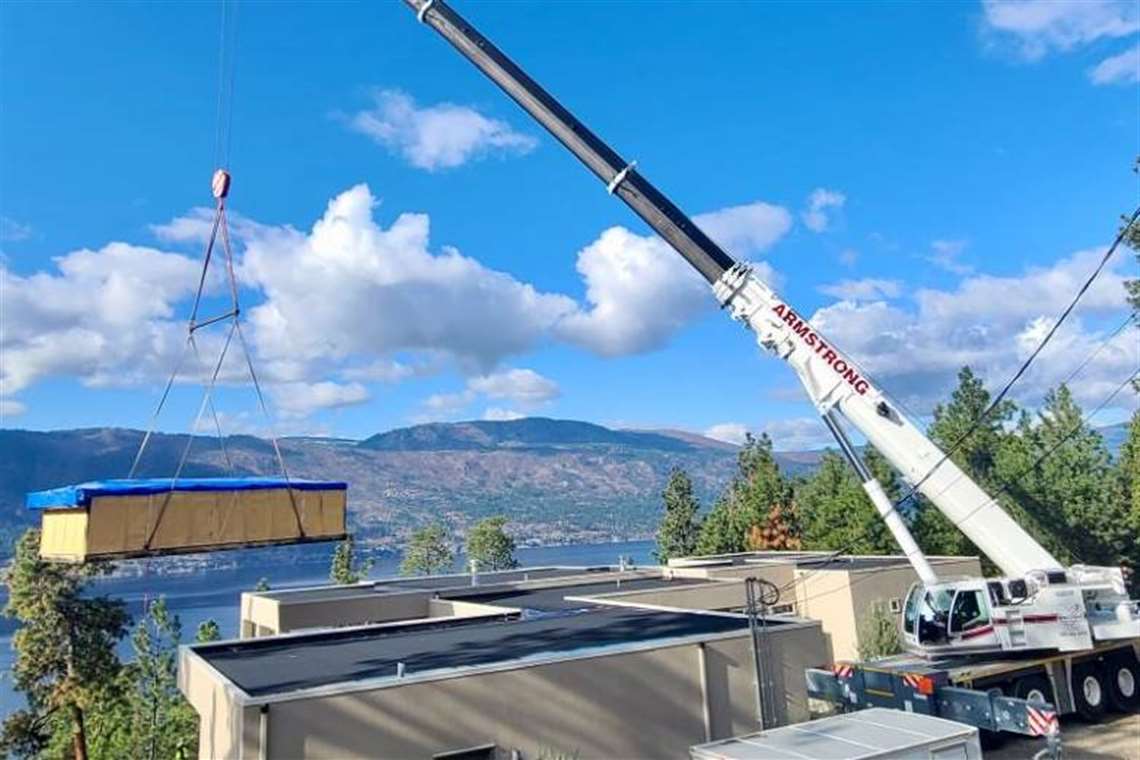