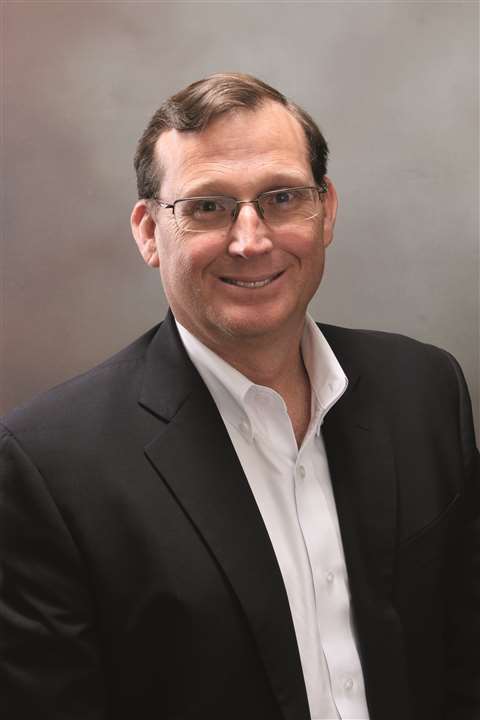 Fendrick has played a leading role at Kobelco Cranes North America since 2002, when he was named national sales manager for the company. He has been with Kobelco since 1996, first selling the company’s excavator line. He is the third generation in his family to work in the construction equipment industry.

After finishing college in 1993, he worked for his father, Jack Fendrick, who was president of Scott Company’s southern division in Baton Rouge, LA.

“Scott Companies was and still is a large equipment dealer that represents several OEMs,” Fendrick said. “At that time, they represented Galion cranes, Tadano, P&H, Broderson, Kobelco, Hitachi, Kawasaki, Bomag and Gradall to name a few.”

In 2000 he was promoted to general manager of the compact excavator line. Two years later, the company was split into two companies. The excavator line became known as CNH and the crane line kept the Kobelco branding.

At that point, Fendrick was recruited to lead the sales team for the cranes division. He rose through the ranks to become Kobelco’s top crane division executive in North America, and he has built a loyal following of crane customers and dealers.

In 2014 Kobelco’s deal with CNH ended and Kobelco branded excavators were reintroduced to the North American market. In 2017 the excavator and crane groups were again merged.

“We officially merged, on a global scale, with the Kobelco excavator company (Kobelco Construction Machinery) in January 2017. Our physical move in the USA occurred in October 2017. Fendrick said the merger hasn’t changed the way the cranes division operates at all.

“We took our time and worked very diligently to structure this move in a fashion that would have little impact on our dealers and customers,” he said. “Basically, we took the entire crane company (KCNA) and turned it into a self-operating division within Kobelco Construction Machinery USA. We maintain profit and loss, parts, service, sales and warranty control. Our dealers and customers are dealing with the same crane people, and we have maintained our independence. I have a few more meetings each week, but our crane culture is still very alive.”

The new Kobelco Construction Machinery USA headquarters facility is complete in Katy, TX (just west of Houston), and both companies are now operating under one roof and stocked with parts for both division’s products. Kobelco Cranes still has an offsite crane yard in Houston where new cranes are delivered and checked out before being shipped to customers. The crane yard is where the new CK 3300G-2 made its North American debut. 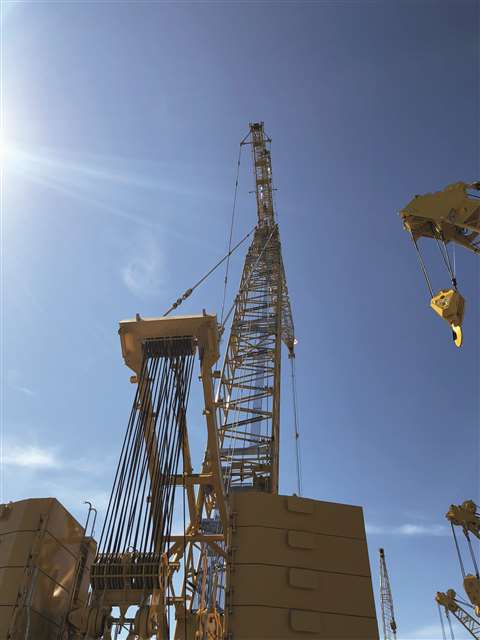 Kobelco focuses on keeping its crane systems as simple as possible to maximize uptime. The new CK 3300G-2, introduced last month in Houston, is a 330-ton capacity crane that “out picks our competitors while remaining easy to use with maximum uptime,” Fendrick said.

When it comes to the crawler crane market, Fendrick has long been a go-to source for American Cranes & Transport. But it’s been a while since we checked in with him. The introduction of the new crawler was the perfect time to talk to him about all things Kobelco cranes.

Fendrick is a long-standing good guy in the crane business. He’s honest, smart and easy to talk to. He is much more than a business relationship to most of his acquaintances in this industry. He’s a good friend who they trust and can count on through good times and bad.

I think you will be interested in Fendrick’s answers to our questions.

How do you characterize the market for the class of crawler cranes that Kobelco sells in North America?

What does the new CK 3300G-2 bring to the Kobelco line up of products?

A lot. For starters it brings a big brother to our family of cranes. This size class has seen expedited growth in the past three years, and it is important that we have a crane in this category to support our customers. We are in a relationship business that exists because of our customer’s needs. It is our responsibility in this relationship to supply not only quality products, but also a support system and a culture of doing business that gives our customers and dealers confidence that they have a partner in Kobelco, not just a vendor. I understand you brought close to 200 dealer representatives and customers into Houston to see the new CK 3300G-2.

What has been the reception to this crane?

The CK 3300G-2 has been a highly anticipated crane by our dealers and customer base. Many people thought we would show a prototype at ConExpo in 2017, but we did not like the idea of showing a crane that was not ready for

the market. We wanted to make sure that the crane had finished all its testing and was ready to go to work. The unit we displayed in early April 2018 is the first production machine. It is not a prototype, and it will be leaving our yard and going straight to work.

The reception has been very good, and I think some of that excitement is because they know they are looking at actual specifications, not “we think” specifications and charts.

What do you think distinguishes this crane?

The quick answer is that it is a Kobelco. We have always focused on keeping our crane systems as simple as possible to maximize uptime. The CK 3300G-2 is another Kobelco with pilot-operated controls, touch screen LMI, hydraulic pin connected side frames, etc. It has been designed to perform the jobs our customer’s need, while remaining true to our brand. The result is a 330-ton capacity crane that out picks our competitors while remaining easy to use with maximum uptime.

Is the order board for this unit what you expected?

The order board is where we expected it to be, but it got there sooner than we imagined. I think we owe this to the trust our dealers and customers have in our process. This is very humbling, but also creates a responsibility to reward that trust. At the launch event you talked about the design and engineering of this crane.

As you can imagine, a lot goes into the decision making regarding what cranes are to be designed. First, and most important, is the voice of the customer. What are their needs? How is their world changing? Is our product meeting their expectation?  Throw into this mix constantly changing government regulations amongst a global market and you can see how time consuming maintaining our current line-up becomes, let alone new product design. With regard to brand new product design, we look at it from a global scale and our board votes on which project will be started after receiving feedback from each region based on individual market needs.

Do you envision the launch of additional cranes to the Kobelco product line Any time soon? 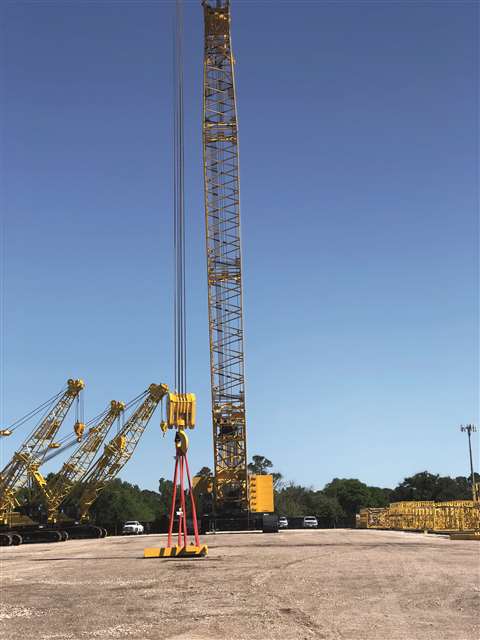 What are the biggest challenges in the crawler market? The general crane market?

The biggest challenge that I see is the depressed state of rental rates. We are coming out of a two-year trough in the crawler crane market cycle, and the rental rates are being very stubborn.

Your dad spent a career in the construction equipment business, and it’s been your chosen career as well. What keeps you engaged in the crane business?

My grandfather was in charge of testing at Galion Iron works, which was an OEM for 15-ton down cabs, motor graders and rollers. My dad began his career working for Galion. Dad eventually moved to the dealer side of the business, and I grew up going to his yard and playing on equipment. After college, I went to work for my dad in Louisiana. I am the third generation of an equipment family.

The two things that I love about this industry are the relationships and the spontaneity of the moment. I truly get to work with people who I like, respect and trust every single day. I also never really know what each day will bring. It could be a mundane day in the office filled with meetings and paperwork, or I could be on a jet to Alaska to visit a jobsite. How can you not like that?

What do you like to do when you aren’t working?

Family! My wife and kids are my love and I spend as much time as I can being involved in their passions.