Users of Liebherr LTM 1220 all-terrain cranes will no longer be able to purchase this model from the manufacturer. Learning of the discontinuation of this long-sought after and best in class crane, Bigge decided to purchase the last four of these outstanding two engine, 197-foot, Tier-4 final cranes. The delivery of these cranes is expected to be between May and October 2018. 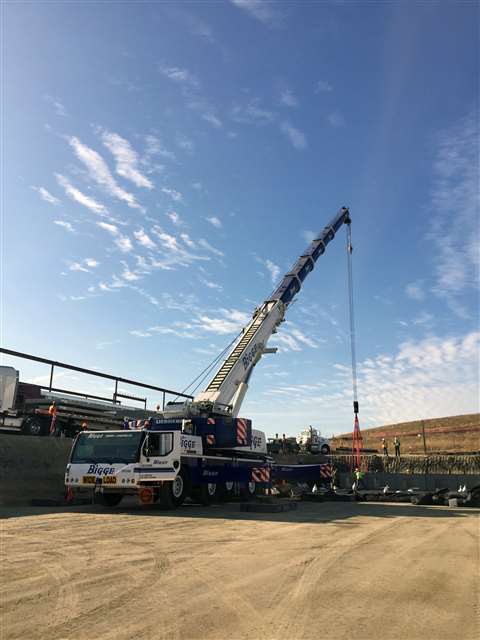 Since their inauguration in the 1970s, the Liebherr LTM mobile crane series has been a great addition to heavy lift equipment fleets all over the world. The LTM 1220 is known to be one of the most flexible cranes in its class due to its ease of transport, adaptability, and technology. Released in 2004, the LTM 1220 is an all-terrain crane with five axles and a maximum lifting capacity of 265 tons. The Bigge team recently used an LTM 1220 to set storm water detention tanks as part of the building of a school in Dublin, CA.  The contract for this project was carried out by Robert A. Bothman Construction.

According to Joe Nelms, Vice President at Bigge, “The Liebherr LTM 1220-5.2 is the best five axle crane ever built and is perfect for a wide range of lifting applications. With its best in class capacities, quick rig in and rig out characteristics, the LTM 1220 is often the most efficient method for completing our customers lifting requirements.” Bigge has a large LTM 1220 fleet in service and is expecting four cranes to become available for sale from its California and Texas locations.