The annual meeting of the International Crane Stakeholders Assembly (ICSA) was held March 7, 2020 at the Las Vegas Convention Center in Las Vegas, NV. The event was was hosted jointly by the Association of Equipment Manufacturers (AEM) and the Specialized Carriers & Rigging Association (SC&RA). 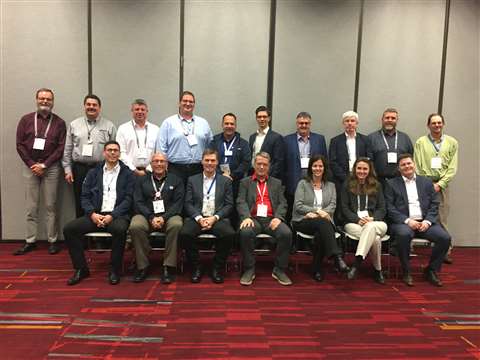 The event brought together crane and rigging users and manufacturers from around the globe to address the current issues impacting the industry. The format for the ICSA meetings is to hold separate user and manufacturer meetings in the morning and unite in the afternoon for a joint meeting of both groups, the company said. Key items discussed during the event include the following:

The next ICSA meeting will be held in Adelaide, South Australia during the Crane Industry Council of Australia (CICA) conference in October of 2021.