TNT was forced into bankruptcy due to Covid-19 and falling oil and gas prices.

Houston, TX-based TNT Crane & Rigging has filed for Chapter 11 bankruptcy protection. The company presented a plan to refinance and restructure its capital structure. 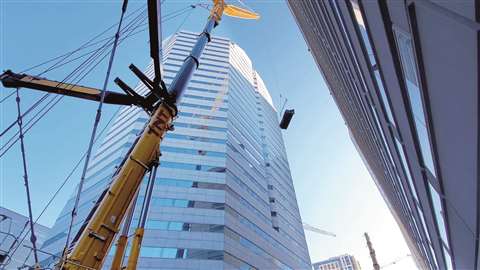 TNT was forced into bankruptcy due to Covid-19 and falling oil and gas prices.

In early August, TNT had sought to implement a debt-for-equity exchange with its lien holders that required the participation of 100 percent of the first lien and second lien lenders. Simultaneously, TNT prepared its reorganization plan through cases under Chapter 11 of the United States Bankruptcy Code.

CEO Mike Appling said in the bankruptcy declaration that the company’s scope of work is diversified, with no single industry sector getting more than 24 percent of business. He said the company had been decreasing its participation in the oil and gas sector in recent years because of the weakness of the energy market. The documents said that only 11 percent of TNT’s business was oil and gas related.

On August 25, TNT received bankruptcy court approval to tap into a $45 million post-petition loan to fund its operations during the bankruptcy, according to an article on law360.com.

TNT said it was forced into bankruptcy after the Covid-19 outbreak and dips in oil and gas prices stopped its attempts to complete an asset sale and restructuring out of court.

One of the largest crane companies in the United States, TNT was founded in 1985. The company owns and operates some 700 cranes and employs about 1,300 people throughout the country.