25 years of making a difference 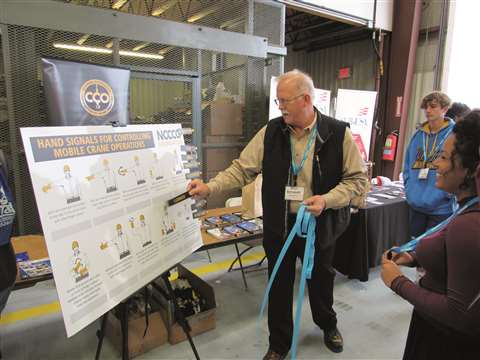 NCCCO’s efforts in workforce development, including Lift & Move USA, YouthBuild Philadelphia, and the ACE Mentor Program, will also take on increased visibility in 2020.

It was twenty-five years ago this month that the articles of incorporation that established NCCCO were officially filed, and so 2020 will be a year of both looking back at past accomplishments as well as forward to the work ahead. The year’s events will draw to a head in October in a major celebration with an Anniversary Gala that will recognize the impact to the industry made by NCCCO, its certificants, volunteers, staff and industry partners.

To kick off the anniversary year, NCCCO launched its new website, bringing all of the content and functionality of its previous site to a modern, mobile-friendly design. Now that people are relying more on their mobile devices for their primary internet access, the new website responds with content optimized for a variety of devices, including phones, tablets, and desktops.

This year NCCCO will also launch its Five-Star program to recognize crane operators who have recertified five times, and have therefore been continually certified since 1996, the first year that CCO certification became available. The continued commitment of those who embraced operator certification right out of the gate speaks volumes about the value that NCCCO has brought to the industry, as well as the safety benefits promised and delivered. “It’s a remarkable achievement to be entering one’s 25th year of certification,” said Joel Oliva, NCCCO Director of Operations. “Our hat goes off to all who qualify for this special recognition.”

NCCCO’s efforts in workforce development, including Lift & Move USA, YouthBuild Philadelphia and the ACE Mentor Program, will also take on increased visibility in 2020, although this activity, like NCCCO’s Safety, Information Research and Education Network (SIREN), are now the purview of the newly-formed NCCCO Foundation.

ANSI’s recent recognition of NCCCO’s contribution to the industry in this regard reflects the importance of these activities in maintaining a qualified workforce moving forward. ANSI’s signaling that certifications such as NCCCO’s can carry as much weight in qualifying candidates as four-year degrees has created important new opportunities for thousands of young people, many of whom may have not previously considered moving directly into the building trades.

NCCCO has brought new opportunities and recognition to the building trades.

In response to numerous industry requests to serve the growing Spanish-speaking construction labor force, and in recognition of OSHA’s crane rule which permits tests to be administered “in any language the candidate understands,” in 2020 NCCCO will also be making its CCO Mobile Crane Operator written certification exams available in Spanish. With data from the Department of Labor indicating that people of Hispanic or Latino ethnicity will represent almost 25 percent of the construction industry labor force, NCCCO determined that in order to continue to fulfill its mission to all stakeholders it needed to offer Spanish versions of its exams. The Spanish CCO exams are based on direct translations of the English language exams, with identical content outlines, with the same number of questions, and with the same time limits.

“With no less than 12 certification programs, some with their own subcategories and more than one million exams administered, NCCCO has confirmed its place as the nation’s leader in the development and administration of certification for crane operators and those working in related disciplines,” said NCCCO CEO, Thom Sicklesteel. “The sheer number of written, practical and recertification exams taken by over 225,000 candidates in more than 27 different crane and lifting equipment–related exam categories is a remarkable testimony to the success of CCO certification in establishing itself as an effective means of evaluating personnel competency. And in the process, we have provided employers with a powerful tool that has now been proven to reduce the number of injuries and fatalities on construction sites across this nation.” 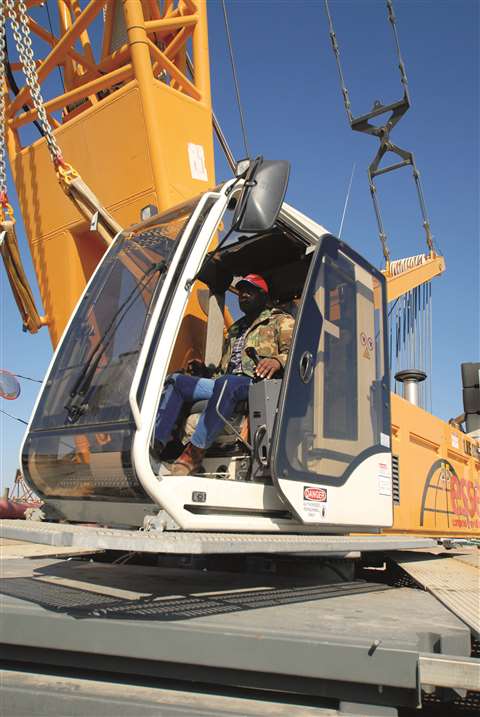 This year NCCCO will also launch its Five-Star program to recognize crane operators who have recertified five times.

“The word is clearly out about the power of CCO certification to reduce risk and save lives,” he said. “It’s little wonder, then, that users and manufacturers of a wide range of construction and maintenance equipment, as well as personnel who work in related disciplines in mid- to senior management positions, are seeking similar programs to address their own activities. As the organization specifically established by industry to develop such programs, and whose mission is laser-focused on improving safety wherever workers are potentially in harm’s way, it is our privilege to serve all those who come in search of certification tools to mitigate that inherent risk,” Sicklesteel added.

Of all of NCCCO’s achievements over the past 25 years, being accredited in 1998, and formally recognized by OSHA in 1999, are perhaps the most notable (NCCCO programs are accredited by ANSI through 2022.) “That formal recognition by OSHA marked the beginning of a turning point for NCCCO certification and the industry as a whole,” said NCCCO President Kerry Hulse. Along the same lines, Vijay Krishna, Ed.D, ANSI’s Senior Director for Personnel Credentialing Programs, noted that achieving ANSI accreditation was a major undertaking. “NCCCO can be very proud of this accomplishment,” he said. “No other accreditation process demands the degree of psychometric or management disclosure that ANSI requires for accreditation under ISO 17024.”