Eddie Williams, a man of service and industry icon

Doug Williams reflects on his mentor in the steel erection, crane and rigging industry, Mr. Eddie, who is also his father.

Eddie S. Williams is a man of great accomplishments and service to both industry and community. He was known far and wide as “Eddie.” In his later years, he became “Mr. Eddie” to iron workers, crane operators, riggers and laborers and just as comfortably and equally to politicians, and industry and community leaders. 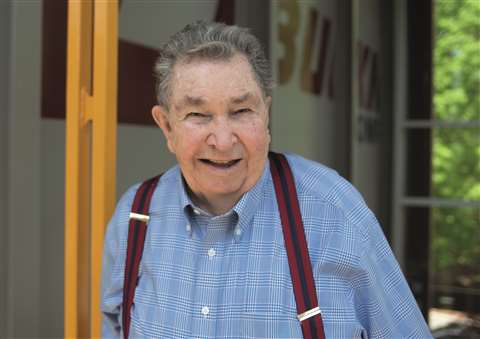 With more than 70 years of satisfied and loyal employees and customers, Mr. Eddie has been the face of Buckner Companies since the 1950s.

He is one of a rare few to receive the Order of the Long Leaf Pine award from the governor of North Carolina. This is the state’s highest civilian award, recognizing community and industry achievements.

Mr. Eddie started the Steel Erectors Association of America (SEAA) in the 1970s. His goal was to give steel erectors a voice and to raise their level of professionalism. For decades he worked tirelessly through SEAA, ASA, AISC and ABC to create communication, understanding and an improved political, governmental and legal environment for specialty trade contractors. He was an advocate for better contract language. Among his many efforts were prompt payment laws, line item and early release of retainage as well as numerous improved hold harmless and additionally insured clauses in contracts. He was an instrumental part of the OSHA rewrite of the steel erection standards. Many iron workers have gone home safely to their families each day due to his efforts.

In an extremely competitive environment, I have been consistently amazed at the many ways my father helped his competitors become better, even when it meant that their ability to compete against him was enhanced. He is truly a case of “if you put good out into the world, good will come back to you.” 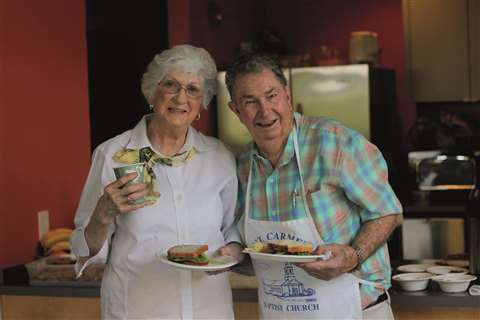 Mr. Eddie and his wife Pat served meals to employees for many years from the Buckner kitchen.

Mr. Eddie grew up on a farm and attended North Carolina State College. He planned on an agricultural career, but he met his wife, Pat, whose father, Clyde Preston Buckner, owned a rebar placement company.

“I married my wonderful wife Pat in 1953 and started working at Buckner,” said Eddie. “I’ve been here ever since.”

While he considers himself “semi-retired,” he still comes into the office and visits jobsites on occasion.

“There is a new challenge and opportunity every day to improve our industry,” he said.

There is a lot in this sentence. He loves a challenge, and he loves to find a better way to do something. He always said, “I will stop when it’s no longer fun … but I really don’t see that ever happening.” Other than the setbacks from the pandemic, he has stayed engaged with much to offer.

Mr. Eddie said that one of the most memorable jobs was removing and replacing the roof of Littlejohn Coliseum at Clemson University (a structural job) and building an upper deck on Kenan stadium at UNC (a rebar job).

The Littlejohn project was Buckner’s second SC&RA Job of the Year win. Through innovative approaches, we dismantled and then erected a major coliseum, with a 300-by-300-foot clear span, in 7.5 weeks. 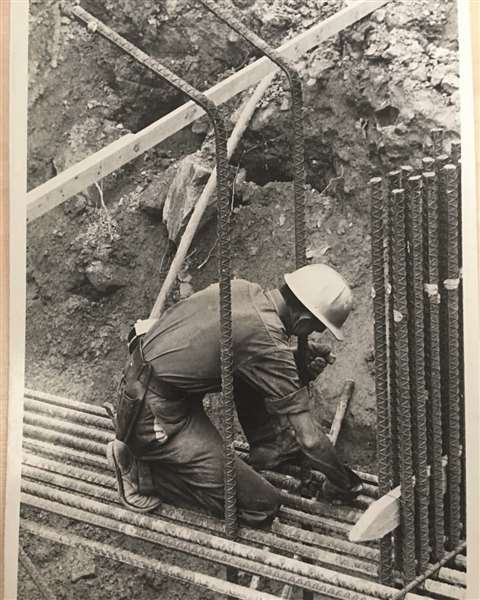 Mr. Eddie started the Steel Erectors Association of America (SEAA) in the 1970s.

Buckner built the Dean Smith Center basketball arena at UNC. This set Buckner on track to be the premier arena/coliseum erector on the East Coast for many years.

“Always be honest,” Mr. Eddie said. “Do not do or say anything that you will later regret.”

That’s truly him. He is more than fair, always giving and never winning at the expense of others. He is just not capable of treating anyone poorly. I’m proud of Mr. Eddie. My dad is a wonderful example of someone who approached his work with enjoyment, continued mindset of interest, improvement and a ‘can do attitude’ that took him to the top of his industry. 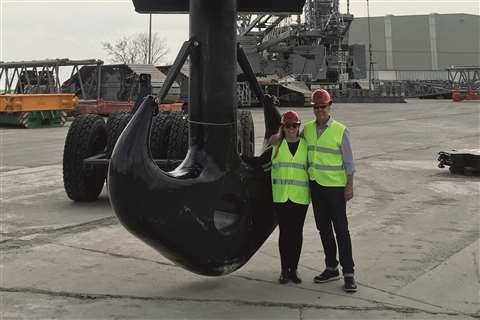 The future of Buckner HeavyLift
Doug Williams and his daughter Meredith Williams talk to D.Ann Shiffler about the company’s future.