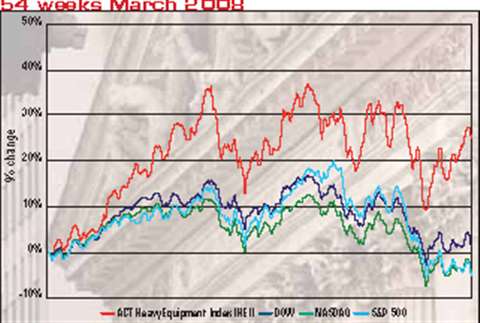 February saw shares in the US heavy equipment sector bounce back after the steep dives seen in the first few weeks of the year. There were a few bumps along the way of course, but by the end of the month, the ACT Heavy Equipment Index stood at 177.16 points, about where it was in early January before the worst of the collapse.

The damage from January has not quite been repaired, but considering that the Index went as low as 145 points towards the end of that month, the recovery has been substantial.

Another point about the industry is that it is bouncing back a lot better than the wider markets. As our graph shows, the ACT HEI has climbed well over the last four weeks or so, while mainstream indexes like the Dow, and especially the NASDAQ and S&P 500, have struggled to make up ground.

In fact there has not been much bounce at all in the major indicators. Take the Dow for example – it closed on February 29 at 12,266 points, up about 6.5% from a low of 11,508 points on January 22. In contrast, the rebound from the trough to the end of February in the ACT HEI was more than 20%.

This is a little surprising on one level – we're hearing a lot about the dire problems in the housing market, so if anything, the equipment sector should be down even further than the main indicators. This is true for companies at the light end of the market – Gehl for example has seen its share price take a real hammering since last October.

But this is the exception rather than the rule in the heavy equipment sector. Most companies that make up the ACT HEI are active in numerous niches in the industry and have strong international positions.

So while companies focused on the US housing market are suffering, manufacturers with an international outlook continue to offer good investment opportunities. 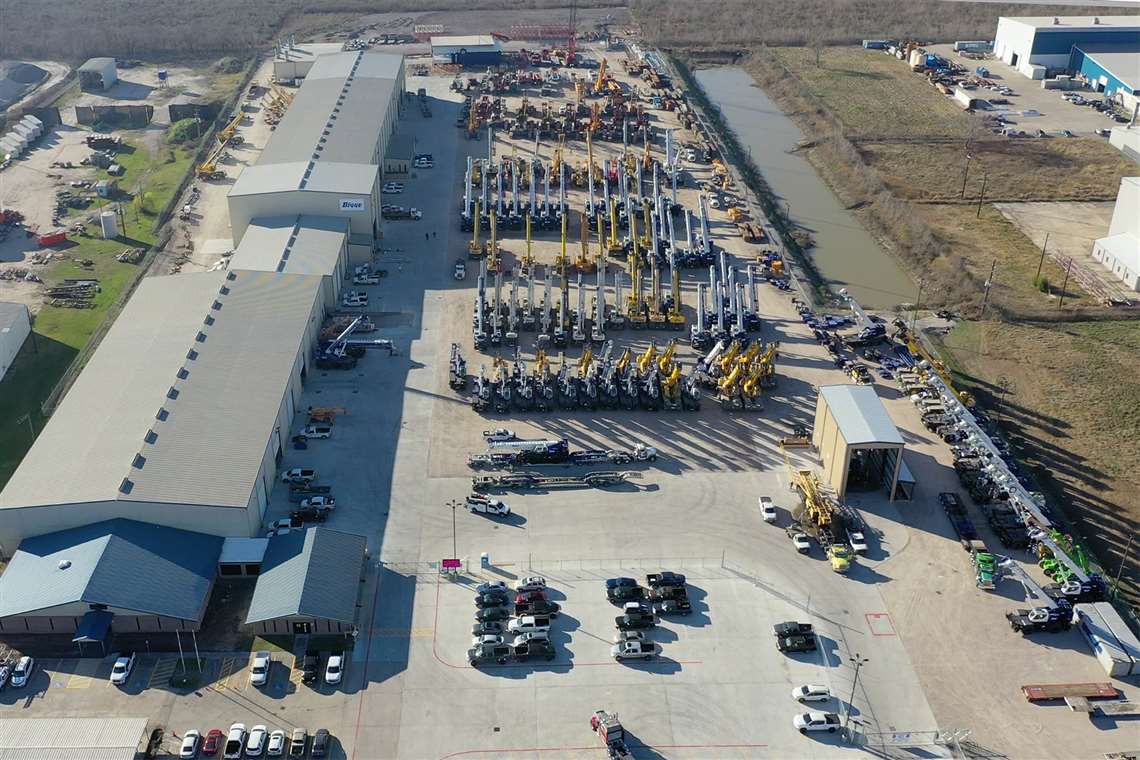