Robert Dieleman was awarded more than 20 patents for the heavy haul and rigging products he developed.

Robert “Bob” Dieleman passed away October 31, 2021 after a brief battle with pancreatic cancer. Born in Boulder City, NV on January 19, 1948, Dieleman will best be remembered as a legendary crane man with a penchant for suspenders. He saw the sensibility in his trademark uniform early on as they allowed him to “work with both hands” on a jobsite more securely than a tool belt alone.

An innovator and inventor, he was always interested in the latest technology. With a keen engineering mind, he organized, funded and spearheaded multiple significant and forward-thinking heavy lift and heavy haul projects. Most notable are the JXS, a Cal-Trans compliant heavy haul trailer with a 700,000-pound hauling capacity that won 13 patents and a SC&RA Job of the Year award in 1990; and the SL 400, nicknamed the “Crystal May,” a street-legal 400-ton lattice boom truck crane. The groundbreaking crane doubled the capacity of road-worthy cranes at the time and rewrote the potential for future innovations in crane mobilization. Always looking towards the future, he pioneered the development of a hydrogas suspension system in the 1990s, a technology more common in Europe and “in its infancy” in America, as he would say. Although he was retired, his last work was to receive three patents on a manufacturer-friendly schnabel transport system with p 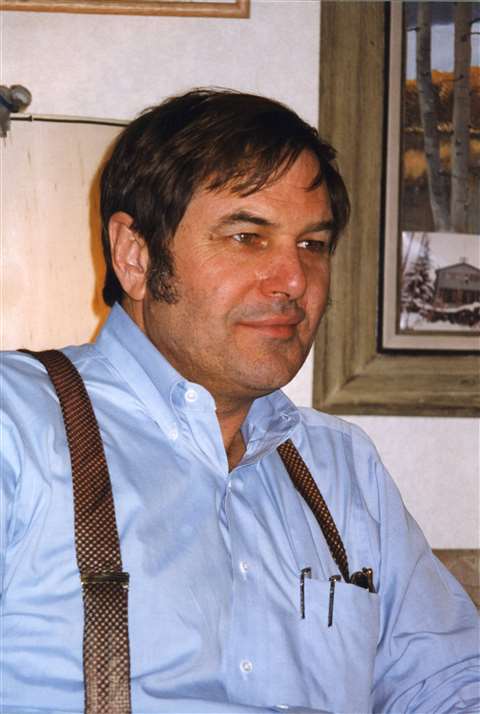 Dieleman was a man of the world, always travelling to exotic places for some crane or another, making many friends along the way. He would fondly recall the treacherous conditions from his years spent operating at the TransAlaska pipeline. He shared stories of hard work growing up at, and later running, Jake’s Crane & Rigging, from round tripping to San Francisco twice in a day, to late night tower crane jumps at one of the many Las Vegas strip resort projects. During his working years, he never missed a Bauma tradeshow, including the year the Icelandic volcano eruption kept most Americans at home, Dieleman found his way to Munich. He was raised to work hard and “burn rubber.” If you ever had the luxury of driving somewhere with him, it may have left you pale and white-knuckled, but you always arrived quickly, and in one piece.

So many people have a story to share about him that includes a crane, a German beer, or a kind gesture. His generosity and pure heart attracted people like a magnet. He went out of his way to help people and “nice try” to anyone who attempted to pick up the tab when you were out with him. Dieleman was a compassionate pacifist, always there to help, but quick to remind you to be the bigger person. He believed enlightenment was the ultimate pursuit; he meditated, practiced qi gong, and devoured books about spirituality.

He is survived by his wife, Kay, children, Crystal Dieleman and Jacob Dieleman; grandson, Jacob Johnson, sister Kathie Coon, brother Dick, and several nieces and nephews. The youngest of four children, he is preceded in death by his parents, Jake and Ruth; brother, Roger; and niece, Kristi Coon. A native of Boulder City, NV, he said it was a “really special place” to grow up. He would reminisce about riding horses through the desert with his sister, whom he loved very much. He attended the University of Nevada Reno and served as president of the Sundowners, a notorious social drinking club, while enrolled.

Dieleman wouldn’t want a long service or flowers. Instead, a celebration of life will be held at Red Rock Country Club on November 19th from 1 to 4 p.m. In lieu of flowers, please do as Bob Dieleman would have done and perform a random act of kindness.