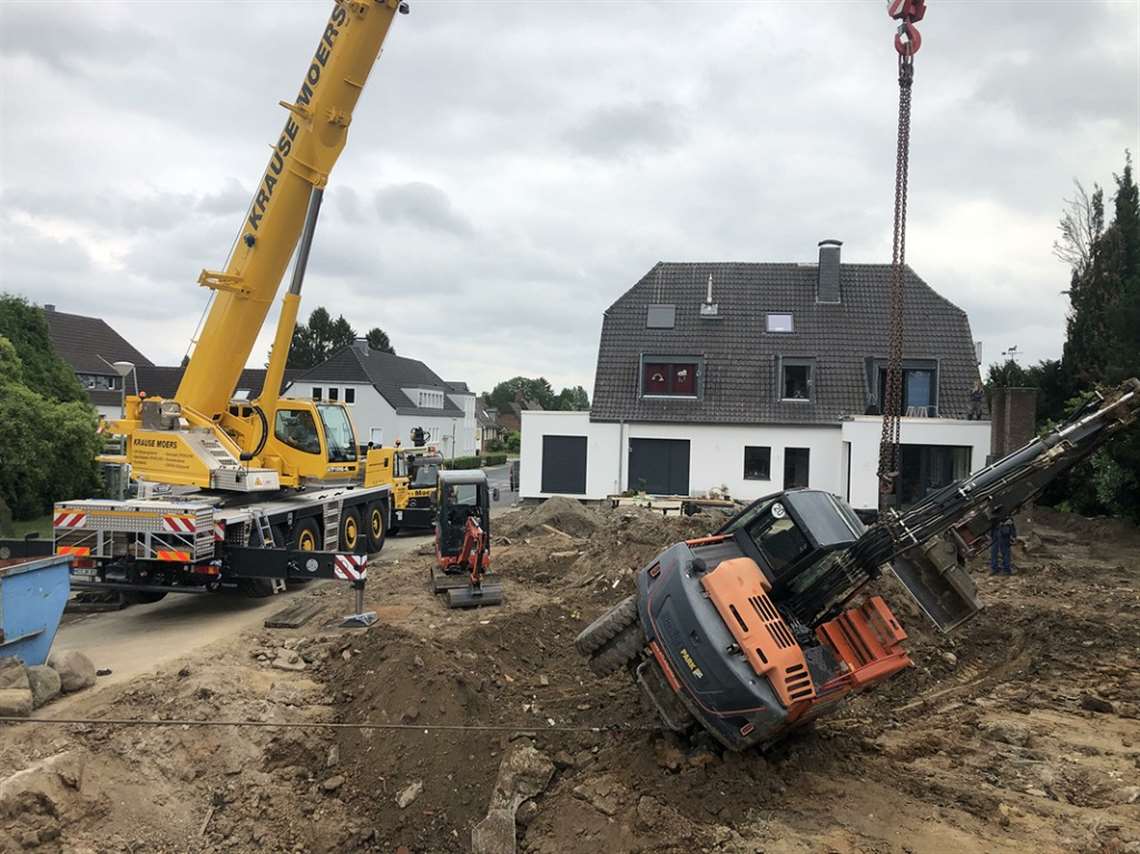 Krause in Germany christened its first brand new crane by putting it straight to work on a recovery job.

The 100 tonne capacity Tadano all terrain crane was instrumental in salvaging an overturned excavator from a pit on a construction site. Access in the residential area was via an unavoidably narrow route. The 2.75 metre wide ATF 100G-4 on a four axle carrier, however, managed to make it through.

Having set up the crane and found the correct attachment points on the excavator, it was lifted at a radius of 12 metres. Hans-Georg Krause, owner of Krause GmbH, commented, “The 100 has really shown what it is capable of here, as a taxi crane with a 7.6 tonne counterweight. An excavator of this type, which is as easily accessible as it was in this case, can be lifted by the Tadano in its taxi crane version. Arrive, support, lift, done. Mission accomplished in no time at all. Just the way it should be.”

Hans-Georg Krause is an inventor and a technician. His company is a towing and recovery business based in Moers, near Duisberg, north of Düsseldorf, Germany. It is a traditional operation combining a car workshop with a recovery service. Krause, a trained car mechanic, has run it for more than 35 years and has a team of eight people. One of his inventions is a sling solution, called the Krause System, for lifting commercial vehicles back onto their wheels.

On the topic of cranes Krause said, “Going forward, we want to start offering more crane rental services as well. The ATF 100 will easily allow us to take on projects such as setting up garages or basement walls, for example, and so the crane will open up new areas of business for us.” 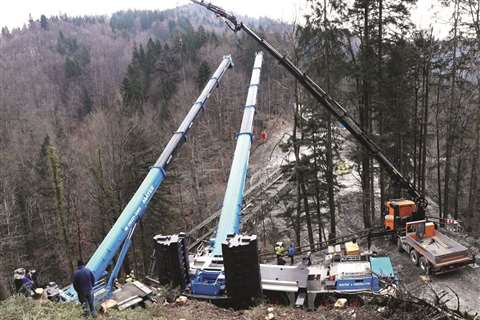