Although robots, flying cars and holograms could be called clichéd pre-millennium stereotypes of the future, as it turns out these contained the seeds of ideas as currently witnessed globally on construction sites.

Robots work behind the scenes in factories that make cranes and their components, even if their task is as mundane as moving items from A to B along a pre-determined route.

These robots are beginning to appear on various types of industrial working sites. Washington-based demolition equipment manufacturer Brokk in the United States offers a line of connected robotic demolition machines controlled via a mobile phone app.

Julien Richer-Lanciault, product manager at Canadian simulation specialist CM Labs, pointed out that automation is already a crucial element in mining and port environments as well as in material handling applications.

He said, “Already you can have notification on your phone so that you know how much concrete is coming and you know where the truck is. In the future I think we will see greater connectivity, where everyone will have access to the data of everyone else on the site.”

The system successfully completed real-world testing at the Les Ardoines metro station, part of the Grand Paris Express construction site in France, so is now on sale internationally.

With the increasing amount of autonomy and intelligence that new technology demonstrates come human fears regarding the machines taking control.

Richer-Lanciault stated, “I don’t think the operator will ever be fully removed from the loop. Even if all the equipment is automated, you will need someone behind the keyboard or on the work site to manage all them. And even then automation is not the end of the game, just the beginning of a different game. 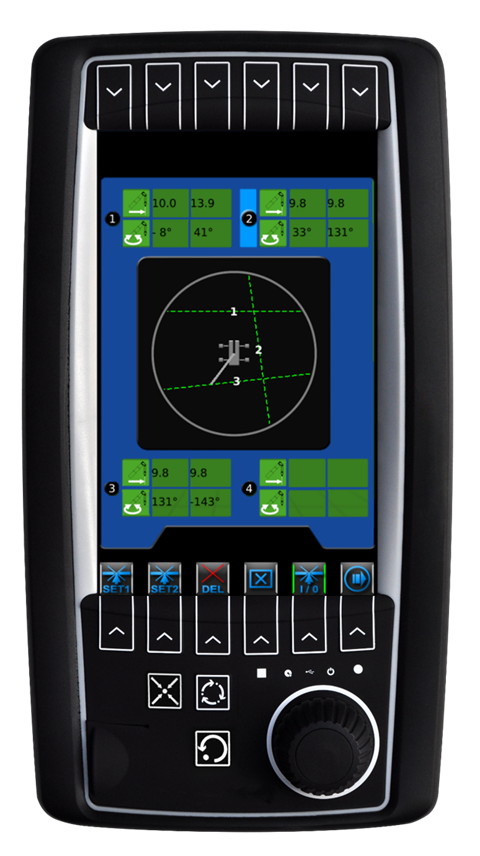 Machine operators are warned at an early stage when limit values are approached through the operating console, which enables them to operate safely and reliably within the limited working area.

The working area limitation is ensured by a variety of functions that are easily controlled using the vSCALE D3 console. These functions include limitation of the luffing angle, the working height, the working radius and the slewing angle as well as setting limits of up to four virtual walls and limitation by straight, parallel walls in forwards/backwards direction.

Exceeding a configured limit value results in the display of a warning symbol, warning by acoustic alarm. If load moment indication (LMI) is integrated, the corresponding machine movement is cut-off by this.

The two companies have developed a prototype device, which sits on the Spot robotic platform developed by Boston Dynamics, named PFFtag.

Click here to view the PFFtag robot in action

We have not yet got flying cars but do have flying drones surveying and analysing job sites. These drones are fast becoming intelligent by using sensors, cameras and computer processing power to exercise autonomy.

Dr. Nigel Whittle, head of medical and healthcare at UK engineering and design consultancy Plextek, illustrates this with an example from the medical world.

He said, “They [Indonesia] have a drone system to carry samples. They have navigation and control aspects and they need cameras and radars to help fly and avoid obstacles.

“We offer a sense-and-avoid radar system, which can detect power lines. There are lots of these throughout the islands and you need to avoid them.”

The company claimed that autonomous flight is the only way for truly scaling operations. Skydio stated that AI-driven collision avoidance and autonomy functionality makes existing jobs faster and more effective, which empowers pilots to generate higher-quality 3D maps at lower-altitude with higher-resolution imagery.

Guillaume Delepine, product marketing manager at Skydio, said, “Skydio can dodge obstacles that you cannot even see in the camera feed, because it has been trained to draw rational conclusions about the space around it.

“If it sees part of a cable then it assumes that the cable extends into space and makes manoeuvres to avoid it.” 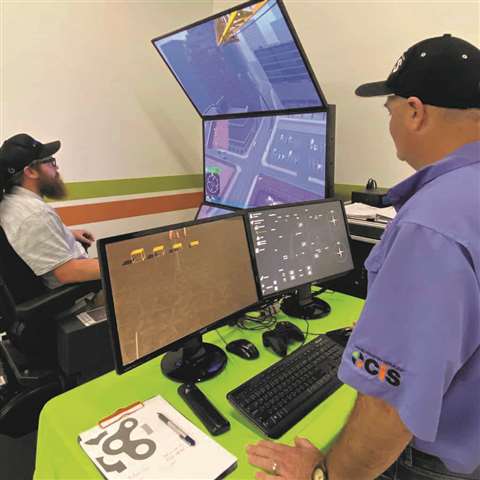 Global deployment of drone business models
Possibilities within this sector is rapidly opening up globally as drone regulations become more amenable to exploring the full potential of this technology.

The UK Civil Aviation Authority (CAA) has granted permission for trial flights of unmanned aerial vehicles (UAVs) Beyond Visual Line of Sight (BVLOS) operations. Beforehand, drones had to remain within Visual Line of Sight (VLOS) of operators, potentially hampering their benefits to the construction industry.

Trials are being conducted by Chichester-based Sees.ai, a developer of command and control solutions for drones and will take place at three nominated sites.

The English south coast-headquartered company revealed that the door could be opened for wider approval for BVLOS flights if their trials prove successful.

The development of holograms caught the public imagination pre-millenium. And perhaps paved the path for the introduction of another form of recreating the world in three dimensions, namely virtual reality (VR).

Although CM Labs’s simulators are currently largely used for training, Richer-Lanciault noted the potential for the virtual world they create to be used for work site planning.

He commented, “In the next few years we will see construction sites scanned by drones and the data fed into simulators. Then you can start to do mission planning by using simulation.

“By creating a ‘digital twin’ or a copy of a job site you can then digitally recreate different scenarios or trial different techniques to see their impact on safety and even the outcome of the whole construction project.” 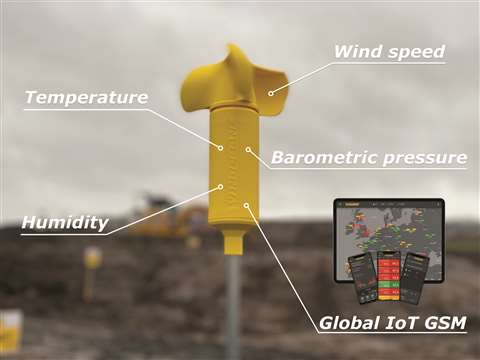 Changing anemometer type for crane manufacturers is not easy, especially as the configuration of the crane’s PLC system needs to be updated for the new sensor.

The 3D.WS emulates any signal the crane PLC system expects making it a seamlessly simple replacement without any type of adjustment on the crane configuration.

Windcrane successfully conducted practical tests to ensure that the system is durable enough to withstand the tough conditions of a construction site.

According to Windcrane the 3D.WS anemometer is made using 3D printing technology, which allowed it to design internal core parts of the sensor that are not possible to manufacture in traditional plastic injection moulding or metal.