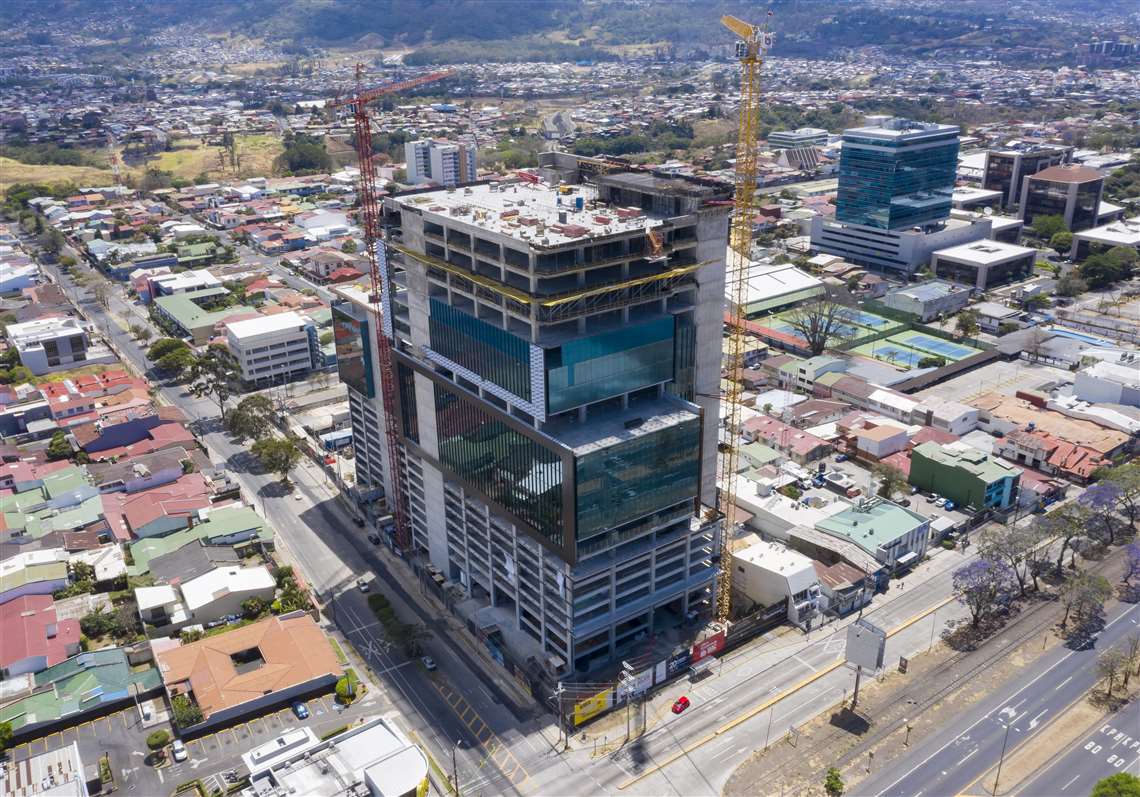 The new US$50-million Universal Tower building is at the centre of the technology district of Costa Rica’s capital San José.

It was built with the help of two Potain tower cranes, an MCT 205 and an MC 205 B, which worked on site for 16 months. Contractor BILCO bought the MCT 205 and rented the MC 205 B from EuroMateriales, Potain distributor in Costa Rica.

“Our client BILCO opted for these cranes due to their versatility, load charts and reach,” said Stefano Santini, EuroMateriales general manager. “The cranes did their job and were the key element in the execution of this project.”

Work for the cranes included lifting concrete, rebar, formwork, glass and other materials. The project covers a construction area of more than 80,000 square metres, of which 32,000 square metres will be office space. Of the building’s 24 floors, 10 will be dedicated to more than 1,000 car parking spaces. Shops and restaurants will occupy the first floor. More than 2,000 people are expected to work in the building when it is fully occupied. 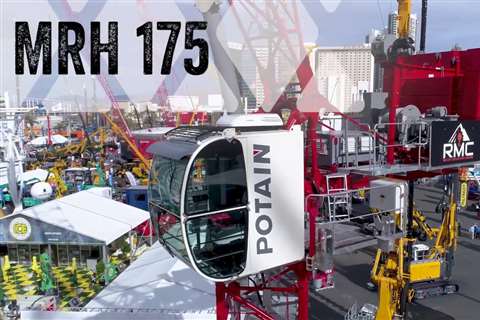 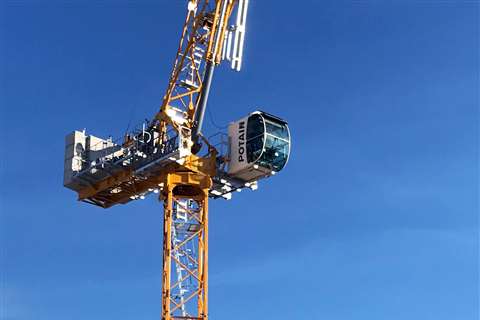 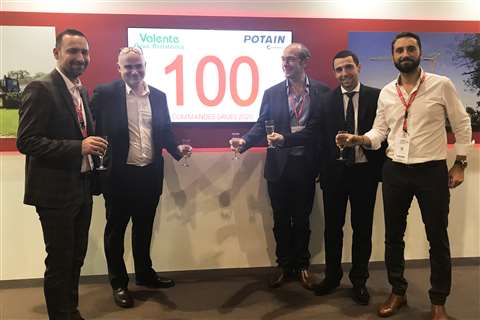