The evolution of Maxim Crane Works 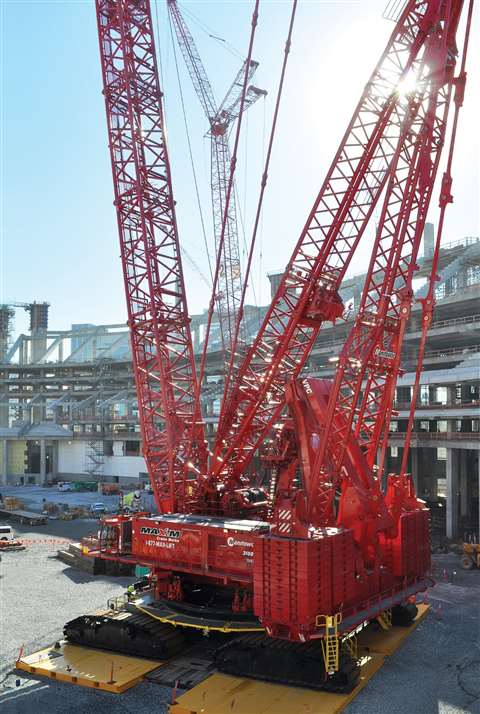 The most visible crane in Maxim’s fleet is the 2,535-ton capacity Manitowoc 31000. The huge crane has been the centerpiece in the construction of Mercedes Benz stadium in Atlanta, GA and Texas Rangers Stadium in Arlington, TX. The 31000 is currently working at a semiconductor plant in Phoenix, AZ.

Maxim wasn’t technically a new crane company, rather an amalgamation of several old and established crane companies. It represented a strategic merger and acquisition (M&A) initiative managed by Bain Capital.

The initial platform acquisition made by Bain Capital was Anthony Crane Rental in July 1998, according to Don Goebel, chief legal and tax officer at Maxim Crane Works. In 1999, Husky Crane, Dunn Equipment and Carlisle Equipment were also brought into the fold.

“The strategic plan was that these companies were rolled into Anthony Crane Rental,” Goebel said. “Carlisle Equipment was the most significant add-on to that point.”

By the end of 1999, AAA Crane and Capital Crane were acquired. In 2000, Sacramento Valley Crane, King Crane Services, Coulter Crane, Lender Crane and Carolina Crane were acquired. The company was rebranded as Maxim Crane Works, with the acquired companies’ operations consolidated into Anthony Crane as the parent company. In 2001, Thompson & Rich Crane was acquired. In January 2005, Anthony Crane Rental was restructured and its name changed to Maxim Crane Works.

In 2008, Platinum Equity purchased stock in the company and became the full owner of Maxim Crane Works. Acquisition activity began again with the purchase of certain assets of LJ Crane and Poindexter Transport and the stock of Crane Rental Corporation in 2014 and 2015. Specialized transportation services were added with these acquisitions.

In July of 2016, funds managed by Apollo Global Management simultaneously purchased Maxim Crane Works and AmQuip Crane Rental. AmQuip was subsequently merged into Maxim Crane Works. This was another significant event. AmQuip had been in the top five of the ACT100 for more than ten years.

“At this point, we started a second roll up strategy,” Goebel said. 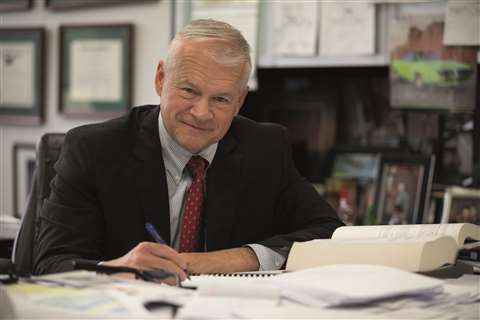 Over the next three years Maxim purchased most of the assets of Essex Crane Rental and acquired Coast Crane, Tri-State Crane Rental, Gould Technical Services and B&G Crane. In May of 2019, Shaughnessy & Ahern Crane and S&A Cranes were acquired. Other acquisitions included the assets of Metro Rigging, Axis Crane and Solley Equipment & Rigging. The remaining North American assets of NCSG Crane & Heavy Haul Services were purchased in August of 2020. From 2015 to the present, Maxim Crane Works has participated in 10 crane and transport company acquisitions, predominantly under the management and guidance of Apollo Global Management.

Today, Maxim Crane Works specializes in the rental of heavy lift equipment. With more than 60 locations across the United States, each branch can provide management, rigging, engineering, transportation and outsourcing – making Maxim Crane Works’ product and service offerings the most far-reaching in the industry, Goebel said. The company has more than 3,000 employees including union workers and more than 2,500 cranes.

“Historically, we have been strategic with M&A and as a result we’ve built an extensive, coast-to-coast branch footprint that allows us to service our customers when and where they need us,” said Goebel. “While we continue to explore strategic acquisitions, we’re also looking to drive organic growth in the markets we’re already in and optimize our fleet management strategy in those markets to ensure our customers have access to the right type of equipment when and where they need it most.”

Leading the company today is President and CEO Paul McDonnell, who has more than 25 years of experience in the construction equipment rental industry, including more than 20 years at United Rentals.

“There are exciting things on the horizon and the future is certainly bright for Maxim Crane Works,” Goebel said. “We look forward to sharing more as the transition continues.”