A foundation for success 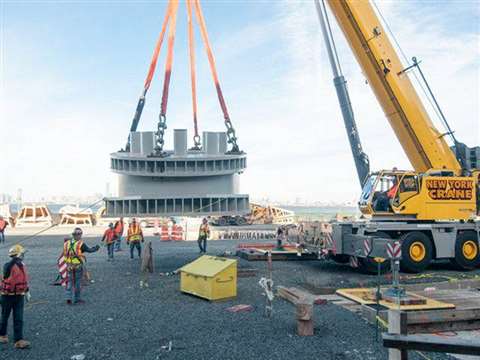 Four steel pedestals, weighing 96 US tons each, were lifted into position using a Grove GMK6400

Construction of one of the world’s largest Ferris wheels is underway in New York City and a Grove GMK6400, produced by crane manufacturer Manitowoc and owned by rental outfit New York Crane & Equipment, has been used to help contractors build its foundations. The structure - dubbed 'the New York Wheel' - will stand 630 ft tall when it’s completed on the northern shore of Staten Island and is expected to bring more than 3 million visitors to Staten Island per year after it opens to the public in early 2018.

According to Manitowoc, a team of contractors used a GMK6400 for the project’s most critical phase: the installation of four steel pedestals that weigh 96 USt each and serve as the Ferris wheel’s foundations. Manitowoc said the team chose the 450 USt all-terrain crane for its capacity and manoeuvrability on the job site, as it had only one week to perform lifts for the project.

New York Crane & Equipment also contributed engineering services on the job site prior to each lift. 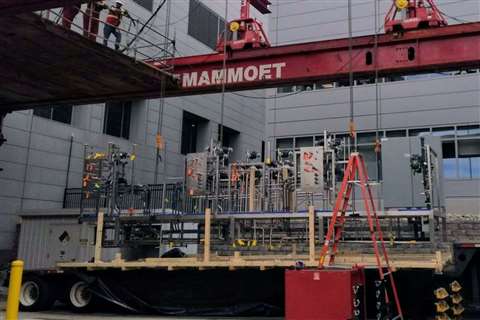 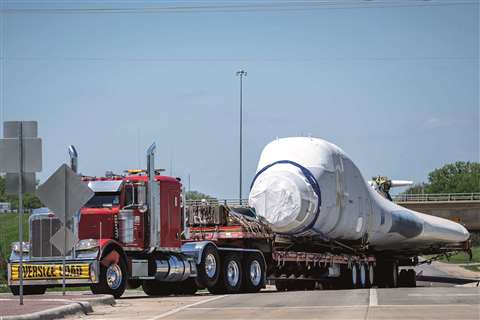 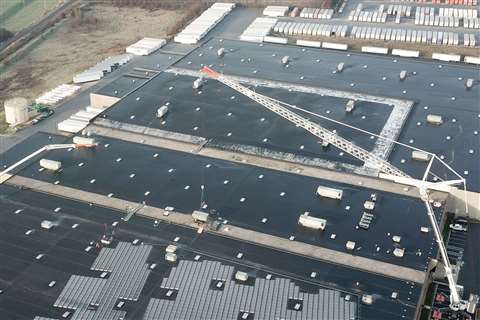