A history of Dobson Industrial 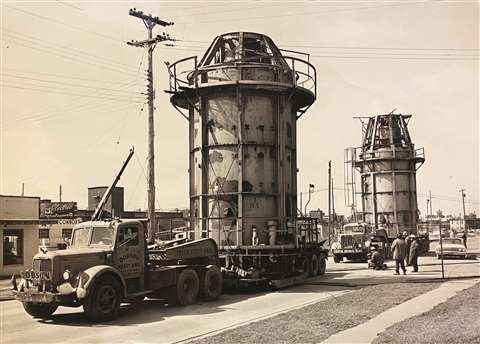 A heavy haul pioneer, Dobson Industrial is a founding member of the SC&RA.

While the company started out with only a few pieces of equipment, Dobson Heavy Haul later found enough success to purchase the very company in which Dobson and Goddard had previously worked.

In the early years of heavy haul, only so many trucking authorities were issued from the state. It just so happened that Dobson had purchased a trucking authority that wasn’t being utilized. Dobson owned a household moving company that wasn’t involved in any heavy haul work and as a result, the two joined forces, and Dobson Heavy Haul was born.

Goddard had the skill and know-how to manage the machinery moving and trucking, and with Dobson’s trucking authority expertise, the two were the perfect business partners. Following the acquisition of Van Haaren Moving and Storage, a large trucking company, Dobson Heavy Haul expanded its trucking services across the United States. The company also earned historical recognition as one of the first trucking companies in the Midwest to utilize two-way radios.

In 2003, Dobson Heavy Haul made the decision to change its name to Dobson Industrial following the expansion into a variety of different industries. The company offers structural steel erection/installation, steel fabrication, industrial plant maintenance and renovations, rigging and machinery moving, warehousing and specialized transportation. 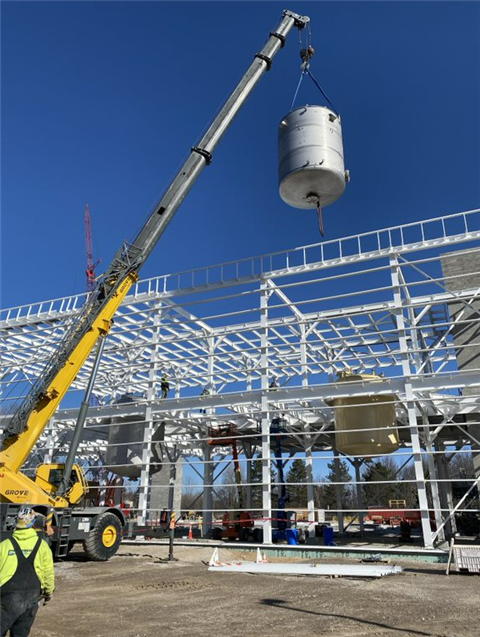 Today, founding partner Kenneth Goddard’s grandson, Chris Vlk, serves as the company’s president. Vlk has been involved in the company since 1995. In 2006, he became a partner in the business following the passing of his father and former company president Norman Vlk.

As a young adult, Chris swept floors during the summer and spent time working in the fabrication shop. With a finance degree and an initial interest in healthcare administration, Vlk found his way back to the family business several years later. He carries on the company legacy as the third generation of family leadership.

In 1948, the year following its creation, Dobson became one of the original founding members of the Specialized Carriers & Rigging Association. Fast forward to this year, and Dobson Industrial was honored with the 2022 Crane & Rigging Group Safety Award and the 2022 Zero Accidents Award from the SC&RA.

“We are truly honored to be recognized by the SC&RA for our safety performance,” said Vlk. “2022 marks the sixth year in a row that Dobson Industrial has received these awards. These awards belong to all of our outstanding employees who make safety the top priority every day.”