Riggers Manufacturing, Lift Systems and Rigging Gear Sales have greatly impacted the specized lifting and rigging industry with their products, services and people.

Some of the world’s most amazing rigging jobs have been accomplished with equipment that is associated with three prolific companies: Riggers Manufacturing, Lift Systems and Rigging Gear Sales.

Their products are legendary, and so are the people associated with them.

It started with Gary Lorenz, who developed the first telescopic hydraulic gantry in the late 1970s. Shortly thereafter, Lorenz, Ed Engler and Roger Johnston started Riggers Manufacturing. The EZ Lifter gantry and the TriLifter are the company’s flagship products. In 2006, Riggers Manufacturing incorporated the CARL (computer-assisted remote lifting) system into both the EZ Lifter and Tri-Lifter operation. 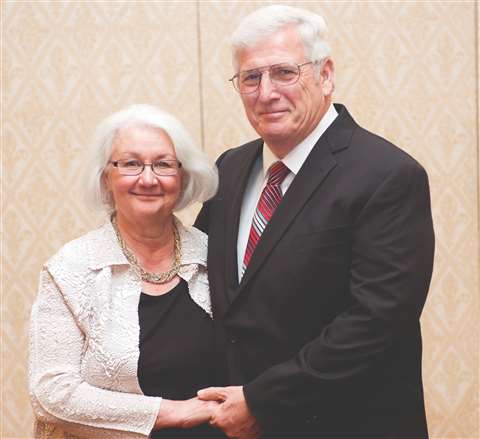 In 1983, Lorenz sold his interests in Riggers Manufacturing and established Lift Systems in Davenport, IA. The company quickly patented the four-point modular telescopic hydraulic gantry design. In time, Lift Systems would move to a bigger facility in Moline, IL and expand its product line to include Mobilifts and Twinlifts, which were designed to pick and carry heavy loads. In 1992 the company launched the Power Tower, a boom-style system with inside and outside cylinders. In 1997 the company capitalized on emerging markets and began producing nuclear cask transporters and later heavy duty telescopic forklifts.

In 1988, Bruce and Bonnie Forster founded Rigging Gear Sales (RGS) as an independent representative company for Lift Systems. They started with a two-state territory. Bruce handled sales and Bonnie wrote the contracts. Bruce had been running a John Deere dealership and he did not know a thing about specialized rigging. But he was a quick study.

RGS started its own gantry rental fleet in 1990 and began representing other lines along the way. Today RGS has the most complete inventory of telescopic hydraulic gantry equipment in the United States. From 20-ton capacity minijacks to 1,000-ton Power Towers, runway track, lifting booms and other rigging gear, RGS is a respected source for specialized rigging machines in North America. The company has an array of high capacity mobile pick and carry machines as well as its own line of machinery moving dollies. RGS represents the TII line of trailers and SPMTs and has a number of PowerHoss SPMTs in its rental fleet.

At the core of hundreds of SC&RA Job of the Year entries and winners is equipment produced by Riggers Manufacturing and Lift Systems and sold or rented by Rigging Gear Sales. The Forsters are still at the helm, although the second generation of family leadership is in place to take all three entities into the future. Son Ben Forster and daughter Melissa Forster-Mehrens are among the family members who share leadership roles.

Bruce and Bonnie, who are celebrating their 50th wedding anniversary this month, have been enthusiastic members of the SC&RA since they entered the industry. Bonnie has been a mainstay in the Ladies Group and the SC&R Foundation, and Bruce has served on many committees and the board of directors. He was president and chairman in 2015 and 2016, respectively.

“Bruce’s devotion to customers and quality products has earned him a reputation that is appreciated far and wide for its reliability, adaptability and fairness,” stated an article in the April 2015 issue of American Cranes & Transport.

“It’s a joy to come to work and be with your family every day. But you have to learn not to take your work home – not to have every family get-together end up talking about work,” Bruce told ACT. “One of the things I learned in a management class in college: ‘Seventy percent of the people in this country dislike their jobs. If you find a job that you like, relish it, be thankful for it, because you’re in rare company.’ I’ve always enjoyed going to work.”

When discussing legendary machines, companies and people, there is a common thread: hard work. Riggers Manufacturing, Lift Systems and RGS are run by people with a work ethic that is second to none.

Telematics usage expected to grow
Effective fleet management and the data from telematics systems are especially valuable, especially in a down market.
Loading...
Previous Next ×