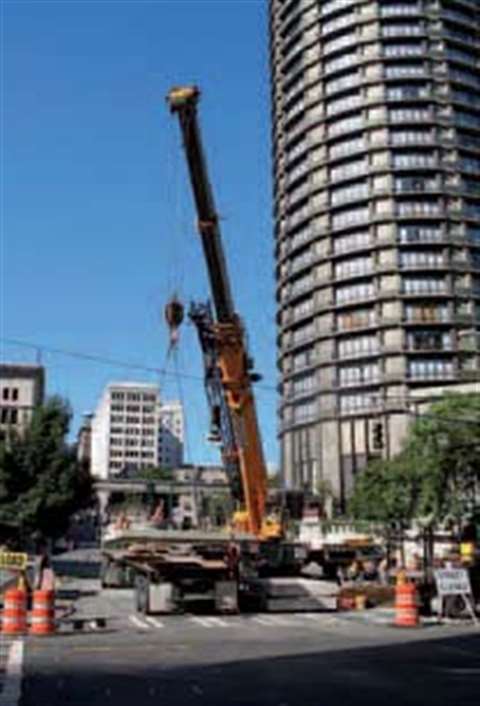 Installation of an electrical vault for the streetcar line being built in Seattle, WA

Streetcars, made famous in San Francisco, have become an infatuation of urban and transit planners in major cities throughout the country. Streetcar lines are being studied or implemented in Washington, D.C., Seattle, Albuquerque, NM, Columbus, OH, Memphis, TN, Little Rock, AR, Tampa, FL and a host of other cities that view the vintage light, light rail cars as a charming and functional people mover. Additionally, these transport lines are viewed as urban revitalization projects, bringing with their dinging new life to old, diminishing sections of downtown areas.

Testament to this is a recent study in Portland that revealed that “since construction began on the Portland streetcar line, more than $1 billion in real estate development has taken place near the alignment.”According to the Leland study, “Some of the Portland streetcar's greatest champions have been real estate developers who recognized the connection between livable, high-density urban neighborhoods, and the ease of mobility offered by the streetcar.”

The streetcar program in Portland is considered a model and the line is already being extended. According to the agency that runs the project, the Portland streetcar was designed to fit the scale and traffic patterns of the neighborhoods that it serves in the downtown area. Streetcar vehicles used in Portland are manufactured by Skoda-Inekon of the Czech Republic. They are about 8 feet wide and about 66 feet long, smaller than a traditional light rail train. They run on a shallow 12-inch deep track slab that is designed to reduce construction time and utility relocations, according to the agency.

Constructing the tracks for streetcars is not as expensive as transit projects, but often involve street and bridge widening and also utility relocation.