ACT 100: The most comprehensive ever

For the 12th time, Maxim Crane Works is Number 1 on the ACT100, with an estimated ACT index of 680,700 tons. This year we had to go with an estimate as Maxim is amid another large-scale acquisition that has not yet closed. Our estimate is based on deals that did close in 2016-2017, including the acquisition of AmQuip and Essex Crane Rental. With those acquisitions Maxim’s ACT index grew by an estimated 242,611 tons, from 438,089 tons in 2016. Maxim’s total fleet size of mobile and crawler cranes is and estimated 3,015 units.

Number 2 on the list is the All Erection Family of Companies posting an index of 175,121, slightly down from their 2017 index of 178,121. Lampson International remained at Number 3 while Bigge jumped to Number 4 and Mammoet North America moved to Number 5. 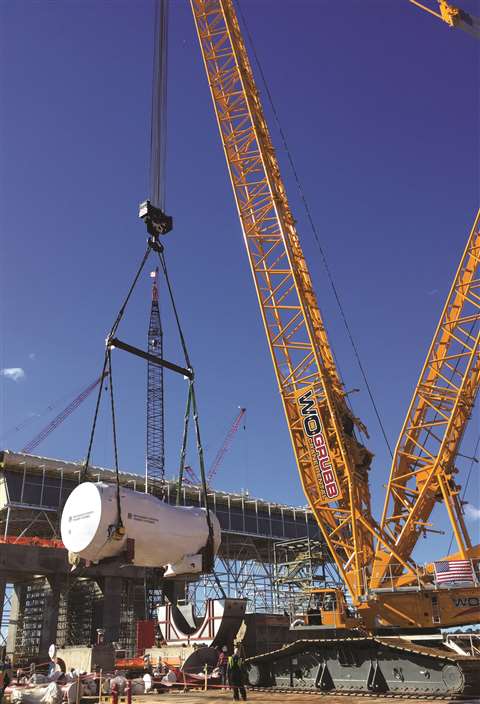 Mergers and acquisitions continue to impact the ACT100 with long-time companies missing this year as they were folded into some of the larger firms.

The largest crawler crane fleet in North America now belongs to Maxim Crane Works with 475 of these units. Lampson International has had the largest crawler fleet for 11 years, but Maxim’s aggressive acquisition strategy allowed them to jump to Number 1. Maxim also has the largest mobile fleet with 475 units followed by ALL Erection with 1,985 mobile crane units.

In terms of the most popular cranes in the category of largest crane in fleet the Manitowoc brand ranks highest. There are 38 Manitowoc, Grove or National branded cranes on the list and 35 Liebherr branded cranes listed as the largest crane in fleet. There were 17 Terex/Demag models, three Tadanos, three Link-Belts and two Kobelcos. The most popular crane is the Manitowoc Grove 7550 with 12 companies reporting this is the largest crane in their fleet. In some cases differing capacities were listed for the same machines. We rely on the information supplied to us in determining these capacities as rigging variables can change these totals. 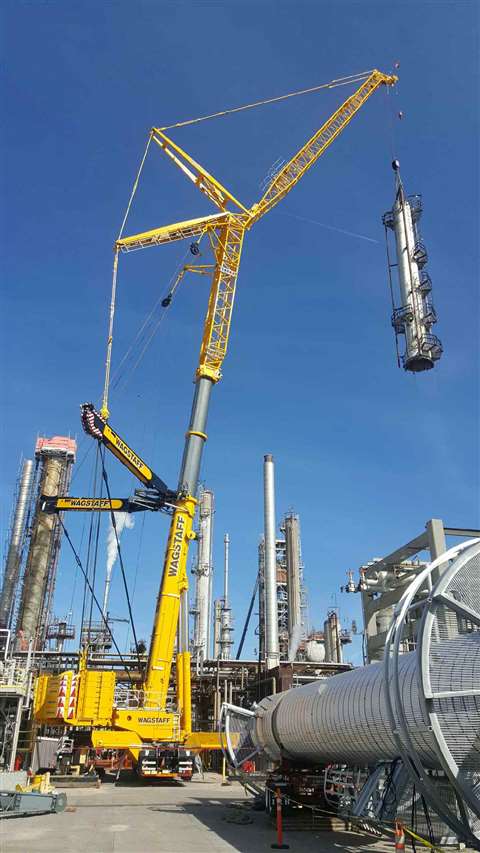 Methodology
ACT sent surveys to close to 500 companies in the U.S., Canada and Mexico. While the ACT100 is much more comprehensive than it was when we started it 12 years ago, we realize there are probably 10 to 15 major crane-owning companies not represented on the ACT100. Some companies do not want to share information about their fleets and we respect their decision.

You will see an asterisk by two companies. For these entries, we didn’t necessarily get updated information and instead relied on an estimate formula based on data obtained last year and through other sources.

All of these companies on the list were contacted, some several times, and given the opportunity to supply fleet information and related data. In some cases, in the largest crane category, differing capacities were listed for the same machines. We rely on the information supplied to determine these capacities as rigging variables can change the capacity of the crane.

Because the vast majority of crane-owning companies are privately held, it can be difficult to obtain and verify figures, although we do approach independent industry sources for assistance and use related web resources and research when we use an estimate.

Disclaimer
American Cranes & Transport relies on the integrity of the companies that participate in this list, wholly assuming that the information they provide is accurate and truthful to the best of their knowledge.

We work to insure the accuracy of the information provided but take no responsibility for errors or omissions. We will continue to work to make the ACT100 the most comprehensive list of crane-owning companies in North America.

Companies are ranked by their ACT100 Index, which is calculated by adding together the maximum lifting capacities in U.S. tons of all crawler cranes and mobile cranes in a company’s fleet.