An estimated two-thirds of non-residential construction companies in the US are planning to cut their payrolls, according to employment and business forecast figures released in January by the Associated General Contractors of America. The forecast is a 30% decline in the number of people working on construction projects.

"Unless the business climate changes significantly and soon, the construction sector will continue to experience the kind of devastating job losses and crippling declines in business activity that will undermine efforts to end the recession," said Stephen Sandherr, AGC CEO.

The forecast found, however, that planned investments in infrastructure as part of the stimulus package is likely to dramatically improve the employment and business outlook for the year. An example is that 85% of non-residential construction companies will cancel layoffs or add new employees if states embarked on stimulus-funded infrastructure projects.

Sandherr noted that the association was working to find ways to improve the business environment for the construction community. He said builders across the US were urging Congress to include infrastructure investments in the stimulus, and that the association was calling for US$2.2 billion to help renovate hundreds of federal facilities and for additional funds to repair crumbling schools.

He noted that the association was working with building, design and labour groups to call today for new tax incentives to encourage conversion to energy efficient buildings, construction of renewable energy facilities, remediation of brownfield sites and construction of new airport and commercial projects.

"We are doing everything imaginable to ensure that our construction employment and business forecast does not become a reality," Sandherr said.

Full results of the survey are at: http://www.agc.org/galleries/news/survey_results.pdf

Mi-Jack launches website
The responsive design of the website ensures customers can find what they are looking for, the company said. 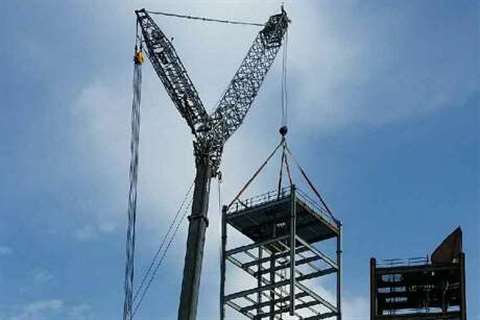