American Indian Transport strategically moved into a larger scale market with the purchase of a new XL trailer.

Like many startups, American Indian Transport (AIT) came from humble beginnings. The Virginia-based company began its hauling business with just one truck and a trailer, but they didn’t stay small for long. In just four years, the lean team of four quickly found itself as a leading heavy haul solutions provider on the East Coast. 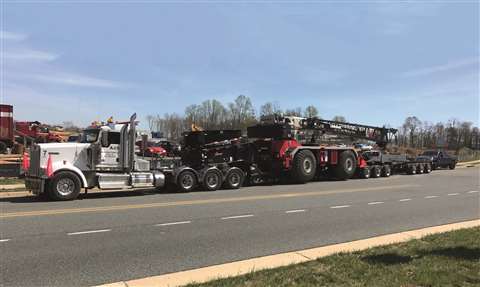 Equipment isn’t cheap, and the AIT team carefully evaluated every truck and trailer in the AIT fleet.

“There is always room to grow as a heavy haul company because the construction and commercial markets rarely slow down,” said Tony Giametta, general manager at AIT. “We have a small but strong team here with years of experience in this business, including my 40-plus years, and have made a lot of relationships along the way.”

Until recently, AIT had made its reputation in transporting mid-sized equipment. With a firm grasp on this market, they decided to branch out and add a new capability to their repertoire, this time going after even larger equipment.

AIT began looking for a specialized trailer to haul both heavy equipment and transformers. After a thorough search, they found the solution with XL Specialized Trailers’ XL 200 Hydraulic Detachable Gooseneck (HDG).

The XL 200 HDG was a custom-built unit and the biggest XL offers at 100-tons capacity. In fact, the unit is so unique that it is the largest capacity trailer XL has ever manufactured in its 20-plus year history.

Good for hauling large construction equipment, cranes and a variety of commercial-type loads, the XL 200 HDG was the first XL trailer purchased by AIT, and it came at a much better price point than they thought.

“I have operated a few XL trailers over time and I have always been impressed,” Giametta said. “We needed to design the trailer, which usually costs a considerable amount more. XL was not only easy to work with, but they also offered the most competitive price in the market.”

Part of the customized design Giametta refers to was adding a hydraulic booster on the back of the trailer (a 3+3+3 combination). The power booster uses nitrogen accumulators, eliminating the need for shims, allowing the operator to adjust the weight on the booster. The crew now has more control over the trailer, and it saves time when scaling large loads.

After receiving the trailer at the beginning of 2017, the job opportunities for large equipment came promptly.

The first heavy haul project was a Link-Belt RTC-8090 Series II crane. The 170,000-pound machine was, at the time, the largest piece of equipment AIT had ever moved.

The crane sat just outside of Virginia. The team traveled to the jobsite and quickly loaded it onto the trailer and balanced it. The entire loading, transporting and unloading process took only three hours. 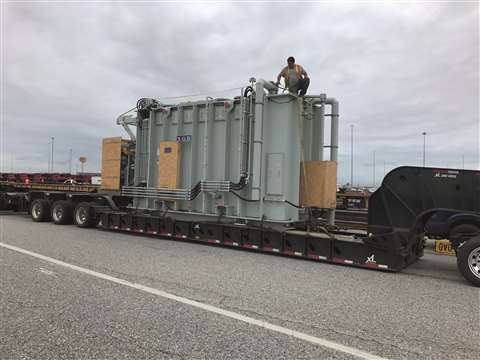 “We bought the XL 200 HDG to test the waters in a new market,” Giametta explained. “After a few different trial runs, we fully believe that we are in a great position to succeed here. For such a big piece of equipment, it was rather effortless to load and unload the Link-Belt crane.”

The toughest part was simply navigating the 130-foot trailer through heavy traffic.So far, the new market has been a smooth transition with three jobs already under AIT’s belt.The Link-Belt crane is no longer the largest piece of equipment they have hauled either. Most recently, they moved an 180,000-pound 375 LME Caterpillar hydraulic excavator. The trailer will pay for itself quickly, Giametta said.

“It is a well-built, well-prepared and well-balanced trailer that makes the job easier for us,” he said. “It is a flawless design, especially with the hydraulic booster, which is key for our heaviest loads.”

AIT is currently in the process of making a big move of its own from its current headquarters in Bealeton, VA to an upgraded facility in Midland. The company will need the extra real estate to store their growing fleet.