The ALL Family of Companies has developed multiple ways to help ensure that its cranes perform at peak efficiency.

A crane is often the standard-bearer of a jobsite. If a crane’s mechanical health fails, it creates a domino effect, and other functions start backing up behind it. And because time is money, maximizing uptime for a crane, then, becomes a crucial part of maximizing uptime for the entire project. 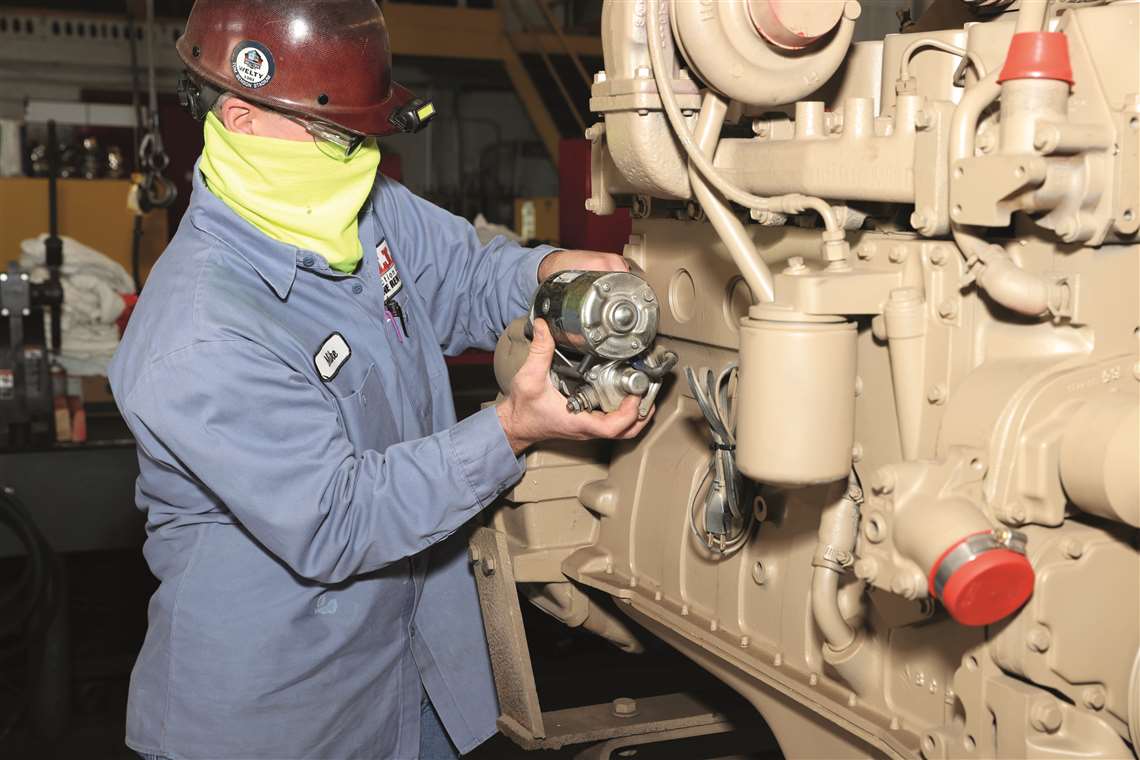 If a crane suffers a catastrophic engine failure on a jobsite, the backup engine is swiftly delivered and installed.

At the heart of machine maintenance is the engine. Engines are extremely complicated assemblies and, even with the best maintenance program, sometimes they will breakdown through no fault of the owner. Preparation for just such an eventuality takes investment, know-how and a certain amount of audacious self-reliance. Because when an engine goes down, the clock starts ticking.

The ALL Family of Companies has developed multiple ways to help ensure that its cranes perform at peak efficiency. One of them is staffing its own engine shop near the company headquarters in Cleveland, OH. At the engine shop the mantra is preparedness: Keep the cranes prepared for work, and be prepared to spring into action quickly if something goes wrong.

The first thing to notice about ALL’s engine shop is that it stocks more than 100 engines in its inventory, ready to be placed into one of the company’s thousands of cranes at a moment’s notice. 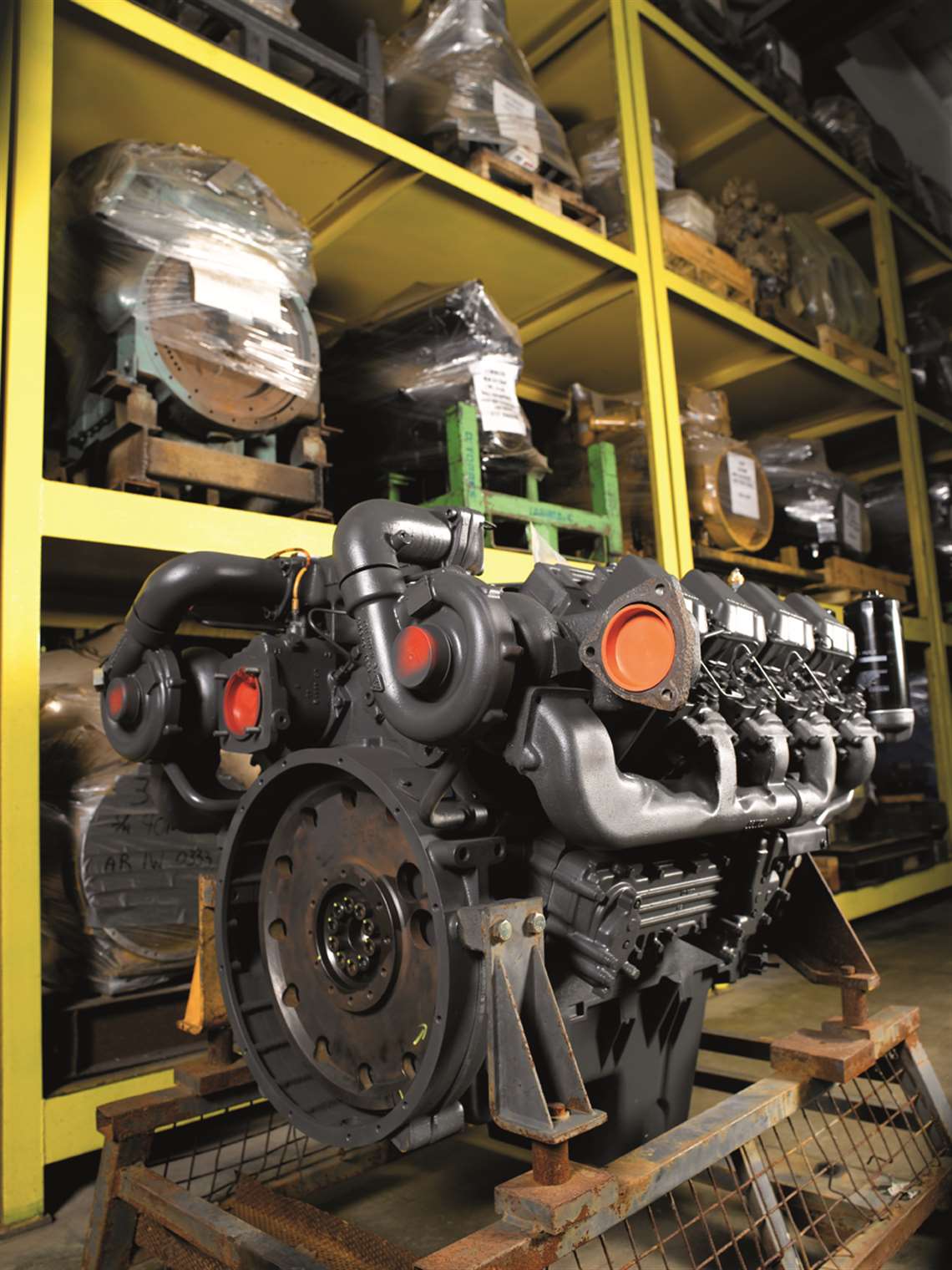 The ALL Family of Companies engine shop stocks more than 100 engines in its inventory, ready to be placed into one of the company’s thousands of cranes at a moment’s notice.

“Generally, our company policy has been to keep an extra engine for each crane model in our fleet,” said Fehlman.

Up and running again

If a crane suffers a catastrophic engine failure on a jobsite, the backup engine is swiftly delivered and installed.

Fehlman recalled a dramatic example from several years ago, when ALL had rented a 1,000-ton Manitowoc 21000 for work at a power plant in Michigan. Its engine failed at 10 a.m. on a Friday, and the customer was furious.

“Our maintenance technician in Toledo began taking out the engine while, at the same time, we were back in Cleveland pulling the spare engine off the shelf and having it trucked to Toledo,” said Fehlman. “The 21000 was back at work by Monday morning.”

And that angry customer?

“No one likes obstacles when they’re managing a project,” explained Fehlman. “He was surprised and happy how quickly we turned an obstacle into a hiccup.”

Several things make this story remarkable. First, at the time there were only two or three 21000s in all of North America – yet ALL had invested in a spare engine and had it at the ready. Second, because ALL also maintains its own trucking fleet (one so vast that it is also the nation’s fifth-largest trucking company), the company was able to deliver the new engine quickly, on its own schedule and free of any rush freight charges.

Fehlman estimated that, if their customer had had to rely on a standard dealership maintenance arrangement to address the failed engine, work on the project would have been delayed for up to a month. Instead, they lost less than a day.

When the engine shop crew swaps out an old engine for a new one, their work isn’t over. It’s just beginning. That old engine is then going to be refurbished. 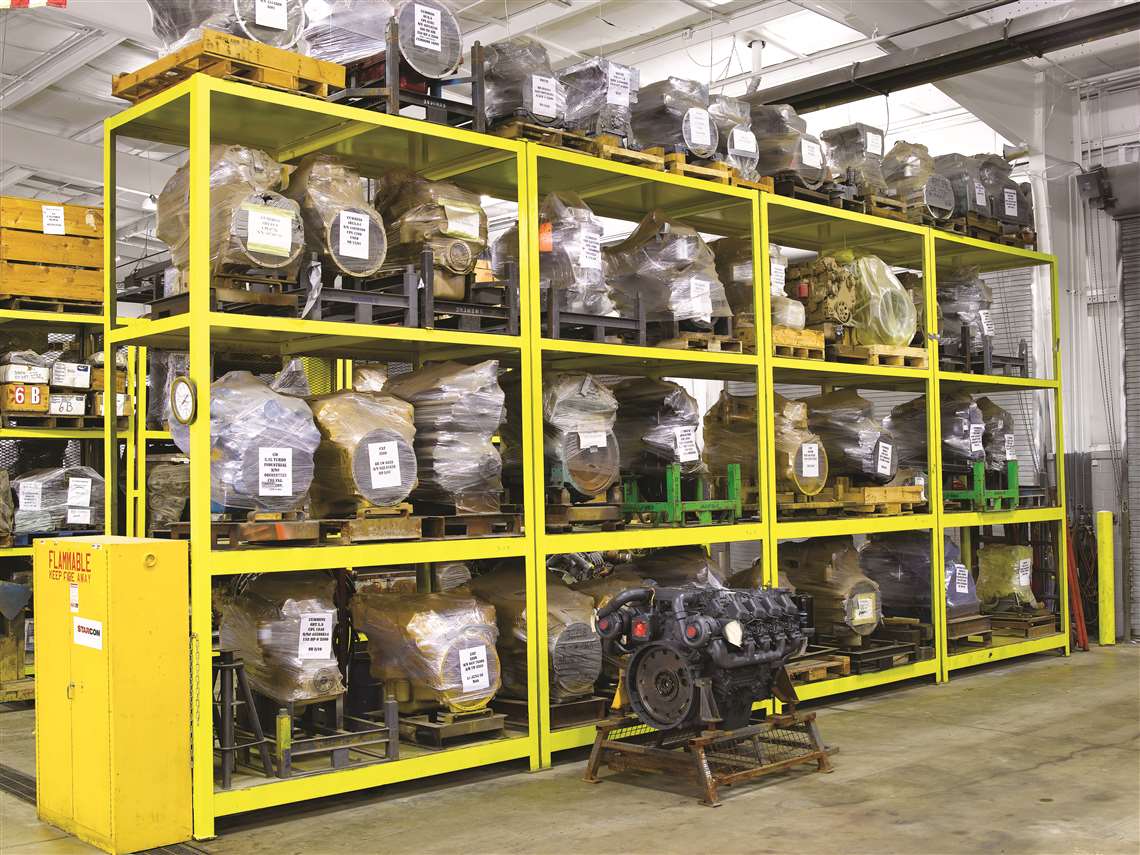 The ALL Family of Companies has developed multiple ways to help ensure that its cranes perform at peak efficiency.

First the removed engine is completely disassembled, and the block gets bathed to remove any buildup of carbon deposit, returning it to bare metal. Each component is checked against factory specifications. Parts that can be repaired are repaired, and those that can’t are replaced with new. This capability demonstrates how ALL’s engine shop is intertwined with other ALL operations, such as the in-house weld shop, machine shop and the parts department that stocks more than 100,000 parts.

Another unique maintenance responsibility of the engine shop is to track the quality of oil samples taken from cranes in ALL’s fleet. Each time a crane gets an oil change at any of ALL’s three dozen branches nationwide, a sample of the old oil is pulled and sent to a lab for testing. The results of these tests are sent to branch managers, and Fehlman is also copied on each one. Each morning, more than a dozen reports are waiting for him. It’s his job to read the data and determine if test results raise any red flags on engine health.

“Think of it as a blood test for the engine,” said Fehlman. “There might be dirt getting into the oil, or internal coolant leakage. You can see if worn metals are in the oil. All these things can tell you if an engine is headed for failure. It’s another tool we use to stay ahead of the game.”

Fehlman and his team have a number of unique tools at their disposal, including diagnostic software for every major engine manufacturer.

“Right now, I’m looking at 21 laptops with various software on them,” said Fehlman. “Together, they probably represent diagnostics for 10 different engine brands.”

Having access to the manufacturer’s own diagnostics improves accuracy while saving time.

Fehlman appreciates the investment his company makes in preparedness and readiness.

“The engine shop is an insurance policy,” said Fehlman. “It’s insurance to keep machines up and running, and to do it quicker than anyone else can.”

He added, “Everything we do here is geared toward customer uptime. We know time is money for them, and we want to be a good partner. We take that extremely seriously.”

The ALL Family of Companies is the largest privately held crane rental and sales operation in North America, operating under the ALL, ALT, Central, Dawes and Jeffers names.