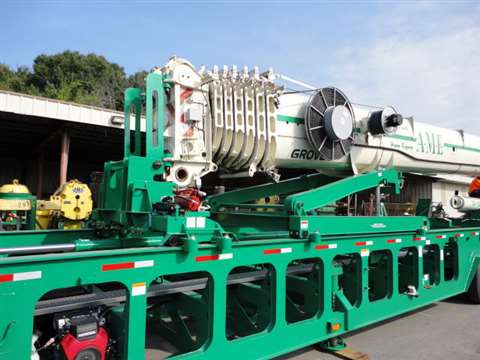 “They were excited to see the features that the Nelson Boom Launch Trailer has versus having to use an assist crane to remove the boom,” said Tony Niese, of Nelson Manufacturing, based in Ottawa, OH.

“The president of AME, Jeff Campbell, was impressed with the safety and efficiency of the Nelson Boom Launch Trailer, he said.

He said AME was so impressed with the Model ARTA-40LX Boom Launch trailer and that it was the most competitive way to remove booms that they ordered an additional two units for delivery in 2014.