Back from the edge 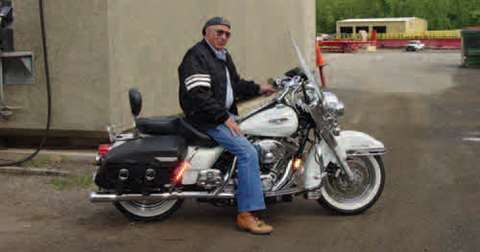 Marino Crane was one of the success stories of the 1990s. When Carl Marino took over from his father Mike as president in 1992, with his brother Larry alongside, it was a $6 million-a-year business. By 2001, the Middletown CT enterprise was turning over $93 million and had become one of the leading heavy lift, rigging and heavy haul companies in the country. All that was threatened, however, by a succession of events. The fall of the New York World Trade Center in September 2001 and subsequent wars in Afghanistan and Iraq made the business environment diffi cult for many, but what took Marino Crane right to the edge was the collapse of Enron. “It just crippled the construction in the power and petrochem business,” Marino says. In fall 2001 the energy company's share price began to slide out of control and Enron was de-listed from the New York Stock Exchange in January 2002.

“After the collapse of Enron in 2002 basically the entire power business stopped across the whole country, including retrofi t work.” At first Marino looked set fair, with two projects in Boston alone keeping 46 cranes busy, and a new facility in Texas. There was plenty of advance work on the books too. But as the months progressed the delays to projects getting started got longer and longer. “Ninemonths into that economic crunch, I just couldn't continue,” he says. “From July 2002 to May 2003 I lost about $16 million cash, which is a substantial hit for a company our size.”

Marino admits that the company defaulted on several of its financing obligations. Drastic action was needed. It was time to downsize. Turnover fell from $70 million in 2002 to $50 million in 2003 and $35 million in 2004.

Thirty percent of the cranes were sold, reducing the fl eet from 142 units to 90. Most were crawlers up to 250 ton capacity. Two of the company's seven Demag CC 2800s were sold, as were both the CC 2500s. A bunch of Manitowoc 999s, 2250s and 4100s went. Six leased Kobelco crawlers were sent back. Hardest of all was having to say goodbye to two brand new Demag CC 8800s, the fl agships of the fleet. The first one had arrived in 2001 and worked in Cincinnati and Texas. The second had come only in 2002 and been on one job, setting vessels in Paulsboro, New Jersey.

But with projects stalling Marino could not aff ord to keep them. It was a painful blow. “I had a lot of input into the design, engineering and testing. There was three years of my life in that crane.” Marino sold one to Tiong Woon of Singapore. Terex Demag sold the other to Sarens of Belgium.

As well as cutting iron, the headcount was pulled back and salaries cut. “od bless the people who work here,” he says. Everyone did whatever was required of them, including taking pay cuts for the sake of the business. It was a low period. “I was extremely worried that, my dad having passed the baton to me and my brother, I was going to blow the whole thing. That weighed really heavy on me – that I'd destroy a 50 year old company.”

Last year, however, light began to appear at the end of the tunnel. Carl Marino could be forgiven for half-expecting it to be an oncoming train, but it wasn't. The market began to pick up and continues to do so today. The new smaller, leaner, fitter and hungrier Marino Crane isback in the game and working at capacity. “We don't have any crawlers available today,” he says. “Everything we've got is busy.” The irony is, he explains, his disposal programme was focused on small and mid-size crawlers – “they were just weighing me down” and today this size of crane “are going like pistols”. Fortunately he kept his 138 axle lines of Goldhofer trailers, which today are also all very busy. “Everyone with hydraulic trailers is busy right now,” he says.

Current projects include adding three storeys onto a four storey parking garage at Boston airport, using a pair of CC 2800 uppers on hydraulic gantries to act as tower cranes. At Formosa and Corpus Christi in Texas there is a lot of turnaround work going on. “We had seven crawlers in Kiewit's off shore yard, withsome of their own cranes as well, making 1,600 ton lifts with 13 cranes for Chevron. Marino also has cranes working for Stone & Webster on a Long Island power station (see picture below).

In 2005 the company will increase its turnover for the first time in four years and be back into profi t. However, don't expect the numbers to be too dramatic. Marino Crane is a diff erent type of company now and has learned far too much about the dangers of rapid growth.

Carl Marino says that one of the problems with the rapid growth of the 1990s was that there was not time to put eff ective management systems in place. “We were still behaving too much like a mom and pop company,” he says.

Now, with the appointment of Jim Tully as chief financial offi cer, good financial controls are in place, with appropriate checks and balances, Marino says. Turnover of $38 million is forecast for this year and $42 million in 2006. Growth will be more measured this time around.

Marino says he has learned two key lessons from his recent experiences. Firstly, he now knows who his friends are. “If you ever want to feel like a red-headed step-child, just have afi nancial problem,” he says. “When you suff er in this business you find out who your friends are. It's really a small world and your friends shine like gold if you have a problem. The rest just fade away.” Of the manufacturers, Manitowoc and its dealers in particular stepped up to the plate with support, he says. As a consequence it will be Manitowoc that Marino is likely to call on first when he is ready to start tooling up again and buying cranes, he adds. And the way things are going, that won't be too far away.

The second lesson is: “Stay away from the edge of the cliff. I'll never get that close again. We were rocking and rolling there for a while. Without Enron [collapsing], we would be doing well over $100 million a year now.”

Despite the cutbacks, Marino Crane has kept all its facilities operational – in Connecticut, Pennsylvania and Texas. “Without the 8800s we had to step back out of the heavy crane market. But it's only temporary. We'll be back. They are not going to make us go away. If we can survive the storm we did, we can survive anything.”