Back in the game

The U.S. economy is the strongest place to invest right now, according to Jeffrey S. Whitcomb, vice president, Construction Equipment Finance, Mitsubishi UFJ Lease & Finance (USA). As a result, banks from China, Japan, France, Germany, Spain and the U.K. are all competing with U.S. banks and bank-owned leasing companies for the same customers. 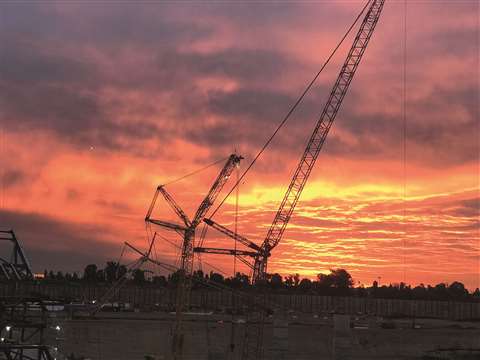 Lenders always want to finance a new crane, and because its new, they are more inclined to give a longer term, and sometimes a better rate, according to Tonya Fry, Harry Fry & Associates.

With the economy repairing itself and the market gaining momentum, ACT gathered up a team of experts to weigh in on equipment financing as the year draws to a close.

HOW DO YOU CHARACTERIZE THE EQUIPMENT FINANCE MARKET?

Fry: Overall, I would say the market is good, and both lenders and customers are optimistic. In addition, I would also say it is competitive. There were not many lenders in the crane industry during and immediately following the economic downfall. As the economic climate has improved, we are seeing a number of sources jump back in the game and also seeing some new sources.

Whitcomb: In a word, robust. Here in California, companies are starting to prepare for Tier IV final requirements by re-powering existing cranes in their fleet and looking at some new cranes. The rough terrain market has recovered after several very slow years due in large part to increasingly strong U.S. oil and gas production and export market. Tower cranes continue to be strong and steady. But, the lack of welders, crane operators and other trades is holding back a lot of projects. It could be the major inhibitor to growth in 2019.

Blair: Hot right now. Very hot. There’s a lot of cranes being sold; a lot of markets are close to housing. Housing is strong in southeast Florida and Arizona, of course. So that’s where a lot of the equipment is going these days.

Crum: I would characterize the market as very competitive and very strong, with an abundance of capital available particularly to the crane market.

HAVE RISING INTEREST RATES AFFECTED CRANE SALES OR FINANCING? IF SO, IN WHAT WAY?

Fry: Yes, the rising interest has definitely had an effect, but I would say more on the finance side than the sales side. Rates have gone up quickly, and it’s taken some time for the customer to understand that. I don’t believe it has precluded anyone from buying, but they sometimes get a bit of sticker shock with the rate, especially if they have not purchased/financed something in a couple of years.

Whitcomb: Yes. In the near term it has caused people to move forward some purchases that they had planned for 2019 in order to avoid the rise in rates. For example, if you moved forward a 100-ton RT purchase for $750,000 and reduced your rate by 75 basis points by financing now you would save roughly $15,000 in interest over the five-year life of a typical loan or capital lease. I also think, my personal opinion, that rising rates will drive further consolidation in the industry.

Blair: It’s so nominal that it’s not really affecting any of our customers.

Crum: What I can say as it relates to financing, is that it has not affected the availability. But over the past year, the cost of the base borrowing, on a seven-year term, which is what a lot of cranes are financed on, is up 1.03 percent. When I talk about how that has impacted the crane finance market, if you are financing a million dollars on a crane, on seven years, the monthly payment is $489 a month more than it would have been a year ago. When we think about in terms of 1 percent, that’s not a lot, but that payment is actually when you calculate it, 3.4 percent higher when you’re looking at the payment for payment. The cost has increased $41,000 to finance that crane in just one year.

IS THERE NOW ANY TYPE OF INCENTIVE FOR LEASING CRANES/EQUIPMENT OVER BUYING IT?

Fry: Lease rates always become more aggressive than loan rates as we approach year-end. The banks want to take the full year depreciation, so they provide aggressive terms as an incentive to lease. However, leasing is not for every customer. In addition, accounting regulations have changed over the past year, which may not provide the same effects for the company as in the past.

Whitcomb: Yes, but it depends on your specific tax situation and I advise everyone to consult with their CPA to determine the applicability of these incentives to lease. That said, the tax bill that was signed into law in 2018 (H.R. 1) did make several provisions that favored leasing over loans. First, it capped the amount of interest you can deduct to an amount equal to 30 percent of your adjusted taxable income. An additional incentive to lease was built into H.R. 1. We got 100 percent bonus depreciation on both new and used equipment purchases. The result of this is that leasing companies are able to offer lower rates as they price in the benefit of being able to offset taxable income with this additional depreciation expense.

Crum: The incentives are the same as they always have been when it comes to leasing versus buying. There are changes to the lease accounting guidelines that are being implemented for public companies later this year, and all companies next year, which will impact how they classify leases on their balance sheets. For both new and used equipment, the first thing most companies should ask themselves is if they can take advantage of that bonus depreciation. If not, one of the key components of doing a lease is trading that right to take that depreciation in exchange for a lower, overall monthly rental payment.

HOW WOULD YOU CHARACTERIZE THE CURRENT MARKET FOR NEW AND USED CRANE FINANCING?

Fry: Lenders always want to finance a new crane, and because its new, they are more inclined to give a longer term, and sometimes a better rate. I also think that the finance market for new cranes is more competitive. Everyone wants to finance the new crane, so there are more sources available. As far as used goes, for cranes 10 years old and newer, they are definitely easy to find financing for.

Whitcomb: When I spoke to the senior executives of the largest manufacturers at SC&RA in Boca Raton, FL, there was a consistent message. They were generally optimistic, and this has been borne out in the financial results so far this year. The rough terrain market had been hard hit and so production had slowed. As demand picks up they will have to ramp up production and they were gathering as much data as they could, so they did not “overshoot” the market. The value of used cranes has increased somewhat but I do not see huge price increases.

Blair: Used cranes is the hottest segment of the market right now. We’re finding that the cost of a new 50-tonner is $500,000 to $600,000 depending on how you deck it out. If you can find a three, four, five-year-old one for half that, that’s what most are going for. We’re hoping the used market doesn’t dry up. Supply and demand have been all over the board the past few years, but we keep our finger on the pulse of all the valuations.

Crum: The market for both new and used crane financing is strong. There are multiple lenders across the size spectrum interested in crane financing. This gives companies in the crane industry good options when searching for a lender or lessor for their assets.