Already with a fleet of more than 25 Liebherr LR series crawler cranes, Bigge Crane & Rigging has ordered another 12 for delivery in 2009.

“We’ve seen no downturn in demand for mid-size and larger crawlers,” said Joe Nelms, Bigge vice president, crane rental. “Demand for our Liebherrs in particular is as strong as it’s ever been, such is their reputation.”

Nelms said the company has found Liebherr crawlers to be more productive than other brands. “The LR 1200 SX, for example, has a fuel efficiency of just 0.0373 gallons per hour per horsepower, which we reckon makes it as much as 25% more fuel efficient than the Cummins or Caterpillar engines used by other crane manufacturers," he said. "At 219 gallons (830 litres), its fuel tank is bigger than other machines in its class. So running costs are lower and you don’t have to stop to fuel up so often.” 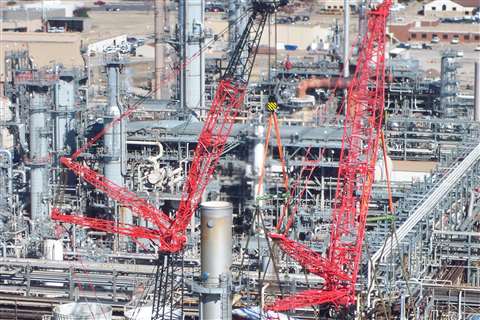