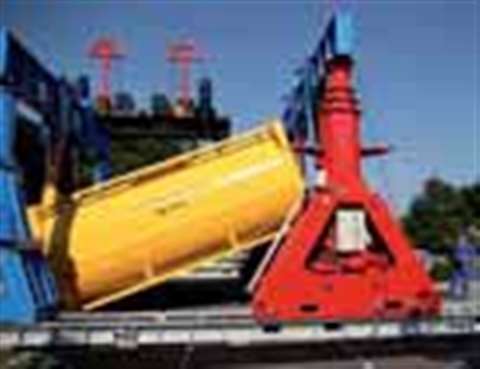 Bigge Equipment has established a nationwide sales and rental operation for remote-controlled hydraulic gantries and computer-controlled strand jacking systems. Eddy Kitchen has been hired to serve as sales manager for sales and rental of Hydrospex gantries, strand jacks and skidding equipment. Kitchen is based on in Chester, VA.

“We teamed up with Hydrospex because, having experience of every brand of equipment on the market, Hydrospex's hydraulic telescoping gantries and strand jacks were far in advance of anything else available,” said Bigge CEO Weston Settlemier. “Their capacities, control systems and other design features bring a new level of safety and performance to this industry.”

Bigge's fleet of Hydrospex equipment includes more than 50 strand jacks with capacities ranging from 70 ton up to 580 ton capacity and the Super Boom Lift (SBL) series of electronically controlled hydraulic lifting gantries. The SBL series has lifting capacities up to 1,100 tons (1,000 metric tonnes) and lifting heights up to 41 feet (12.7 meters).