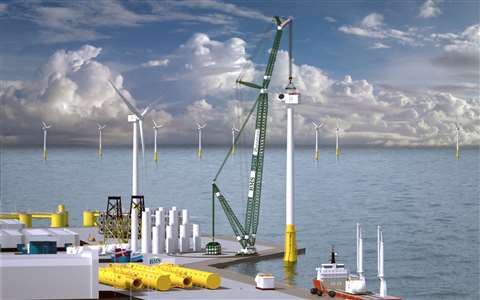 How the new 3,000 tonne capacity Huisman Ringer Crane will look in BMS colours at work lifting turbine components at the quayside

Heavy crane and engineering specialist Huisman will build the Ringer Crane for BMS Heavy Cranes which has an option to take a second unit.

Primarily for use in the wind energy industry, the crane will be able to lift components weighing 1,200 tonnes to a height of 225 metres. Loads weighing 3,000 tonnes will be manageable at reduced height.

All the new Huisman Ringer Crane’s drives are electric which minimises harmful emissions at the point of use. The manufacturer said it also improves operational accuracy and energy efficiency to further ensure suitability for the renewable energy industry. It has a modular ring design so it can be rigged with a full 360 degree circle or just a segment, according to application, space, site layouts and so on.

Huisman said it is easy to relocate and to break it down into manageable loads for transport. Also, that upending the crane can be done without assist cranes. Low ground bearing pressure is another feature of the design and it can be operated in higher winds than traditional cranes, Huisman said.

Huisman is known for cranes with stiff but lightweight booms and other structures. The company first proposed a super heavy lift ring crane design in August 2013 with the Huisman Compact Ringer Crane (CRC). It was featured on the front cover of the September 2013 issue of International Cranes and Specialized Transport magazine. Seven models comprised the initial offer, in maximum load moment ratings from 50,000 to 240,000 tonne-metres and from 2,400 to 4,800 tonnes capacity.

This new crane for BMS is based on the CRC design, further developed to make it suitable for handling the larger turbines.

“The crane will ready BMS for installation of the next generation of wind turbines on and offshore and on floating foundations,” Huisman said. Operation in other industries will also be possible and delivery is due in the second half of 2023.

Morten Kammer, BMS Heavy Cranes CEO, said, “We look forward to the ongoing co-operation with Huisman in the delivery of this crane. This asset represents a major step forward for BMS. With the capability to lift the world’s largest turbines onshore we will be able to play an increasingly important role in the development of renewable, net-zero energy industries.”

David Roodenburg, Huisman CEO, said, “We are passionate about designing large cranes and are grateful to BMS for the opportunity and their trust. We can’t wait to see this mega crane in real life. We are happy to once again be applying our experience in a project that aligns with our vision of accelerating the growth of renewable energy production.”

Check back with www.internationalcranes.media for more information on this development as it becomes available. 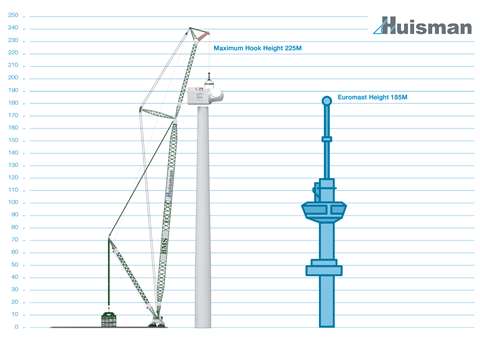 Diagram showing the crane next to the 185 metre Euromast observation tower in Rotterdam, Netherlands – and towering over it in a height comparison
EU Europe Denmark Netherlands Crane & Specialized Transport 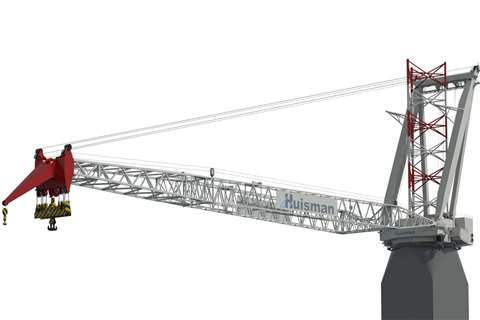 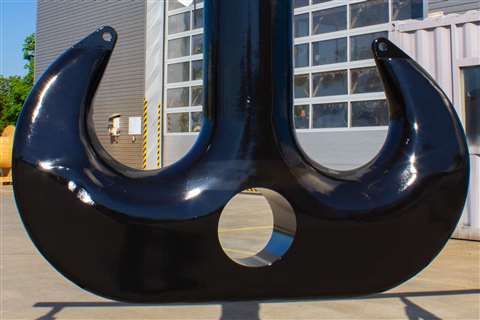 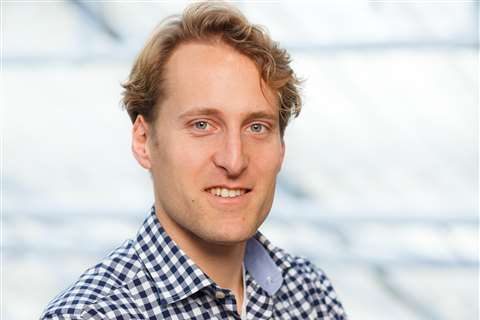