In the realm of specialized transportation, boom dollies are about as specialized as it gets. These vehicles are designed to make driving a truck or all-terrain crane to a jobsite legal. Boom dollies add axles to a travelling crane, allowing for the weight of the crane to be distributed more evenly to meet strict bridge and roadway regulations in certain states in North America and throughout Canada. 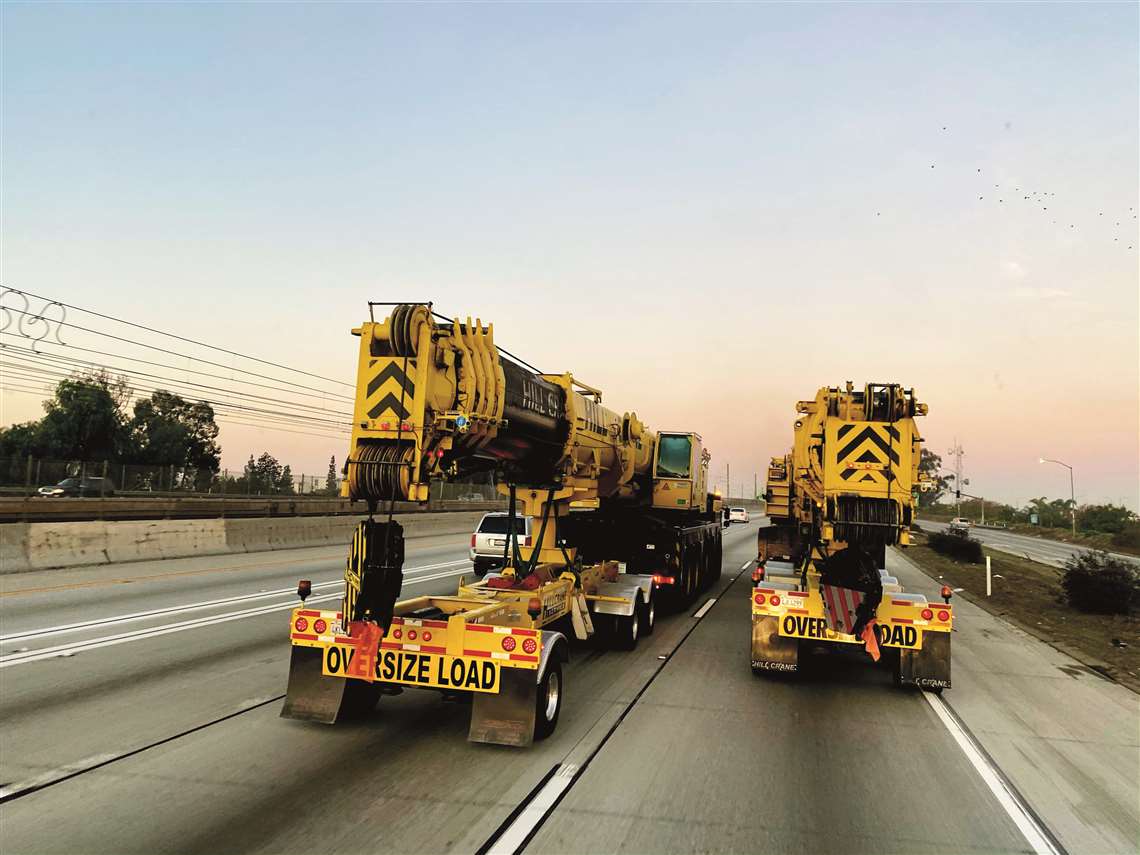 Boom dolly safety and training has been the top priority for Hill Crane & Rigging.

Before boom dollies, if a crane was too heavy to meet regulatory requirements, the next option was to take the boom out and haul it on another truck, which takes a lot of time and is expensive. Thus, the idea was born to reverse the trajectory of the boom and extend it past the crane’s truck chassis onto another set of axles.

While this solves the problem, it still produces design issues that the major dolly manufacturers – Greenfield Products, HMR Supplies, Nelson Manufacturing and TransWorld Manufacturing – have aptly figured out. Still, it’s not one size fits all. Each crane has a boom dolly specific to that particular model. 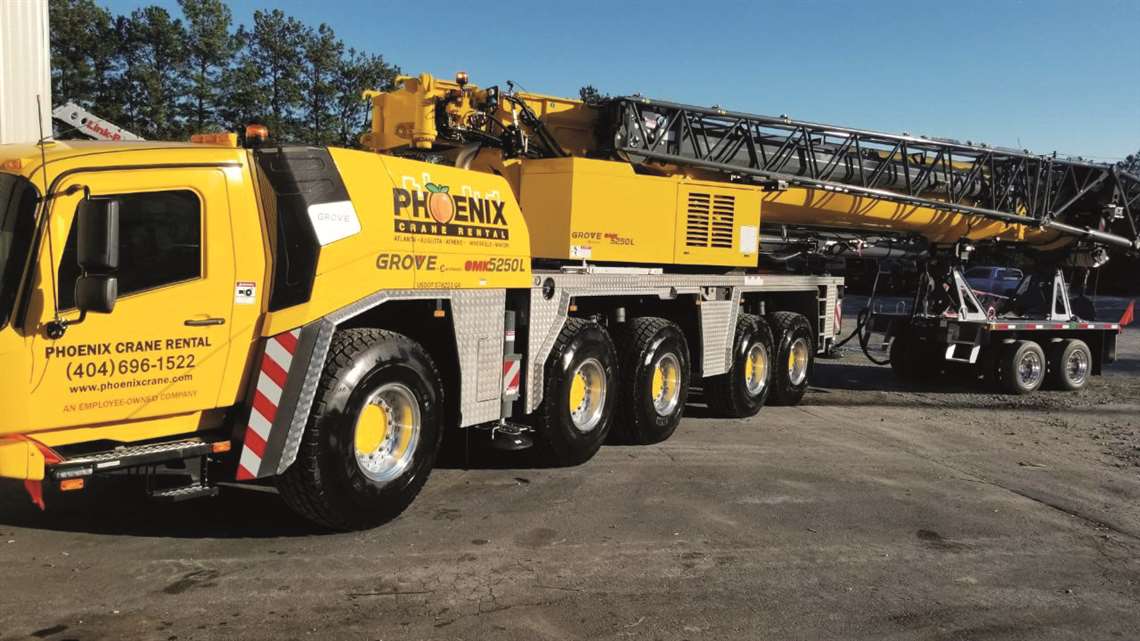 “The goal was to demonstrate or create a best practice document,” he said. “A lot of the issues throughout the industry are that everything is so different from one crane to the next. We had reps from the boom dolly makers, and we tried to go from the engineering process to the full use of the boom dolly and lay out every safe step from beginning to end.”

Adding a boom dolly changes the driving nature of the crane, said Knott.

“The SC&RA task force talked a lot about drivability,” he said. “You have to picture the boom dolly as a trailer. Depending on the crane, it has a specific mode you have to manually put the boom into so the crane will act like a trailer and move freely behind itself.”

“The hardest part is that every state is different,” he said. “Our biggest issue is figuring out the most maneuverable boom dolly and still being within the legal weight limit.”

Knott said Phoenix prefers the Nelson boom dolly system because of their functionality and reliability.

Because each dolly is built to the specific specifications of the crane, safety and training are of utmost importance, he said.

Phoenix has three Link-Belt 3275s, so those boom dollies are identical. But crews have to learn the specifics of all the cranes and the nature of the boom dolly each one is paired with on the road, Knott said.

Rob Knabel, crane operations manager for D.R. Reynolds, based in Star, NC, said his company has two cranes that require boom dollies, a Link-Belt HTC 86110 and a new Liebherr LTM1160-5.2.

“In our state, it’s really hard to get a proper permit without the use of a dolly,” said Knabel.

For the LTM1160-5.2, D.R. Reynolds chose to go with a Greenfield boom dolly. Knabel said the weight of the dolly was an important consideration.

“The lighter the dolly the more we can justify it with the crane,” he said. “The Greenfield dolly has a tower mast boom up or boom down to help the operator get back into the dolly and line it up with boom lugs.”

It’s akin to threading a needle, albeit a very expensive crane instead.

Reliable Crane Service’s Darrell Shaw said that in his company’s service area, anything with four axles needs to have a boom dolly. 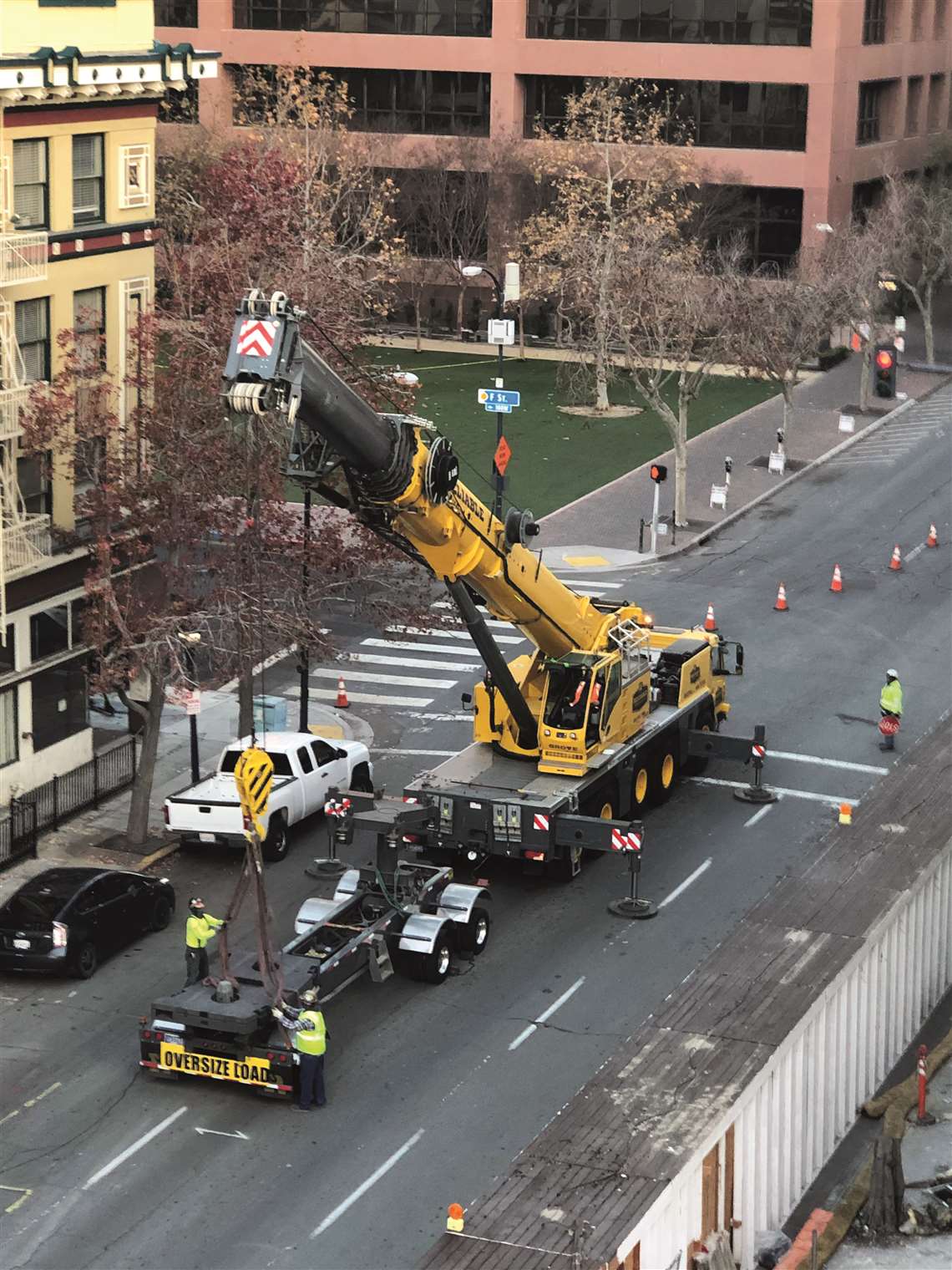 Reliable Crane Services has six all-terrain cranes that require boom dollies when moving over the road.

While Reliable has a mix of boom dolly brands, the Reliable team prefers the TransWorld boom dolly.

“All of the boom dollies on the market are high quality,” he said. “We are looking to make sure it makes the crane legal and that the structure of the boom dolly doesn’t impose any damage on the base section of the boom.”

Shaw said one attribute of a boom dolly is the ability to haul a counterweight.

“Most ATs are designed in Europe and they are not designed to travel with the boom over the rear of the crane,” he said. “But it’s a necessary evil in the U.S. and Canada.”

“As an industry, we need to learn from each other,” he said. “We have constant review of what the guys are going through, and we stay connected and listen. Good training, 100 percent. It’s all about good training.”

“Our soils are unique, and constantly changing in some areas,” said Precision’s Tyler Elliff. “There are 1,812 structurally deficient bridges in California out of a total 25,737 bridges.”

Elliff said Precision has two Liebherr LTM 1160s and one Liebherr LTM 1220. He said he relies on the team at TransWorld Manufacturing to build the strongest and lightest boom dollies.

“With their extended efforts in engineering and design, I am able to make bigger cranes California road legal,” he said. “Lighter dollies allow for the ability to carry more weight. More weight equals more usable tools and accessories that allow us to perform better, cheaper and less equipment on the road for our customers and our environment.”

California has an excessive number of regulations and limitations, he said.

“Thankfully, the crane and dolly manufacturers are willing to devote millions of dollars in R&D to build us specific models that only California requires,” he said.

At Precision, safety is the first concern when it comes to any operation.

“At Precision Crane, we try to use the same crews on the same pieces of equipment to minimize errors,” Elliff said. “I am anxiously awaiting the completion of SC&RA’s Truck Crane and All-Terrain Boom Dolly Best Practices. Once SC&RA releases this manual, I intend to distribute it to all of my employees, including the employees that do not work with boom dollies regularly.”

“Cal-Trans has specific axle weight limitations that require us to use boom dollies,” he said. “TransWorld makes the strongest, lightest most durable dollies for these applications. All of the boom dollies are built specifically for each model crane. Most of them are interchangeable between the specific crane models. Each boom dolly has a specific length per crane model that allows for proper axle weight distribution and allows the crane to legally travel the highway in California.”

“The manufacturer and Hill Crane have specific procedures that must be followed when connecting cranes/booms to boom dollies,” he said. “New crew members that use these cranes are trained extensively on these connection procedures.”

Training is a priority

“In some cases, a crane owner may implement a boom dolly so they can stack counterweight onto the dolly to avoid an additional load,” said Jerame Lee, branch manager, Barnhart Crane & Rigging, Mount Vernon, WA. “Each crane we own has its own boom dolly. The main reason we have one for each crane is so we can use all of our cranes. Otherwise, I could only use one at a time.”

Lee said in Washington state they prefer tower boom dollies that allow the crane to pivot on top of the dolly. Training is a priority.

“We perform daily, monthly and annual inspections,” said Lee. “Each dolly is maintained by a master mechanic as well. We also have a specific standard operating procedures for each crane that addresses the correct way to use each dolly.”