Well known for their versatility and performance across a wide spectrum of industries, boom trucks are multi-faceted machines that provide cost-effective lifting solutions. And specifically, the niche markets that boom trucks dominate are interesting. 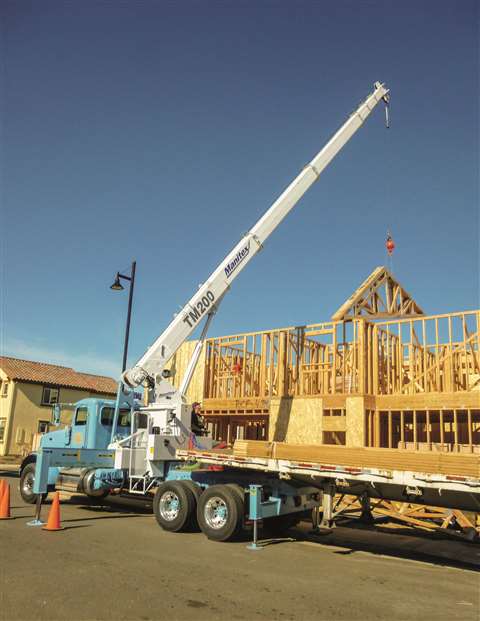 Manitex has had success with all boom truck classes, but as time goes on, it looks like customers are leaning towards 30-ton capacity and higher machines.

American Cranes & Transport surveyed some of the leading boom truck companies to find out just how these machines stack up across the industry.

However, outside of typical industry work, boom trucks can be found in many unexpected places.

“There are a lot of niche markets that I consider falling under the umbrella of crane services, or the ‘taxi crane’ services,” said Beau Grassl, sales manager, Giuffre Bros. Cranes. “Most of those companies seem to specialize in HVAC or roof trusses, but some have more unique specialties, like vehicle recovery, insulated wall panels, wells/pumps, concrete forms, road construction or industrial moving. Each area has a different size and set of options required, so Giuffre Bros. always tries to stay prepared to fine-tune any packages required by the end user.”

John Lukow, senior vice president of cranes for Custom Truck One Source, added that the company sells and rents boom trucks with baskets and remotes to handle working heights up to 215 feet for new construction and maintenance of non-energized power lines.

The range of capacity of boom trucks are what makes the machines adaptable to a variety of jobsites.

Manitex manufactures a variety of boom trucks from 17 to 70 tons. And while the company has had success in all of its classes, as time goes on, customers are leaning toward larger capacity machines, 30-tons and higher.

Manufacturing boom trucks ranging from 10 to 60 tons, National Crane has seen a growing popularity in both its stand up and swing seat lines. 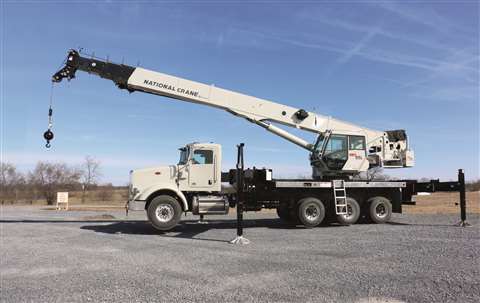 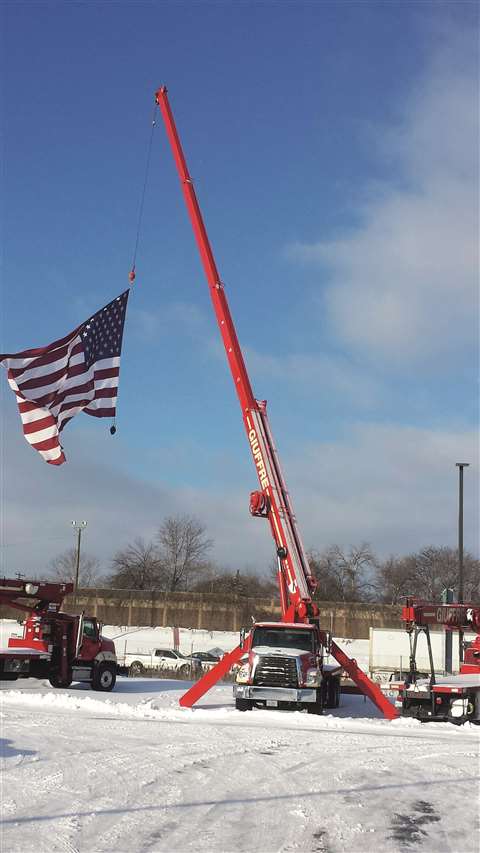 “The mid-sized units 23 to 30 tons continue to be our ‘bread and butter,’” said Grassl. “They just offer a lot of performance for the price point in comparison to the other classes.”

Crane lifecycle is very much dependent on operator use and his or her ability to maintain the crane. This being said, Toudjarov mentioned that boom trucks are known to have even been re-mounted on new chassis for continued use.

“Life cycle turnover really depends on the owner of the boom truck,” said Ritter. “Companies with rental fleets will generally rent a machine for three to five years before selling it off as a used piece of equipment. Many owner/operators or smaller companies can buy a machine and use it for 10 to 15 or more years before trading it in on a new machine. It really depends on the application and amount of use the machine has and the buying habits of the owner.”

The economic life of a boom truck is 10,000 hours or 25 years if it is properly maintained. Lukow added that crane owners would generally look to replace a crane about every 10 years to take advantage of newer benefits and features.

“I’d say that 20-year mark is about average for a boom truck, although many companies turn their equipment over in five to 10 years,” said Grassl. “We still see lots of 20 to 30-year-old units too, but a vast majority end up leaving the country, going places where the inspection standards are more relaxed than OSHA.”

Unfortunately, the usage and adaptability of boom trucks also comes with its fair share of obstacles in terms of permitting, operating and road laws.

“The challenges with boom trucks today boils down to a series of balancing acts,” said Ritter. “One balancing act can be achieving the highest rated capacity and best overall load chart versus making the machine light enough to maintain mobility. This mobility or ‘roadability’ is critical to the end customer’s acquisition cost, i.e. truck specification, and to their operational cost if permitting is required.”

Grassl stated that the challenge that comes to mind immediately is the new law requiring all operators to be certified.

“The larger industry associations have done a good job keeping their companies informed on what it all meant, but in some of the smaller markets, a lot of customers of been caught off guard by this,” said Grassl. “I’ve talked to dozens of owners, foremen and supervisors who have had to reconsider their need to own equipment and employ their own operators. On top of the NCCCO/OSHA federal guidelines, there are a lot of geographic areas in which local government or unions add even more red tape. Naturally, I haven’t talked to many owners who are excited about this. Also, the endless government turmoil of late seems to have hurt the confidence of buyers a bit. There is just a lot of uncertainty in which direction municipal, state and federal contracts are headed.” 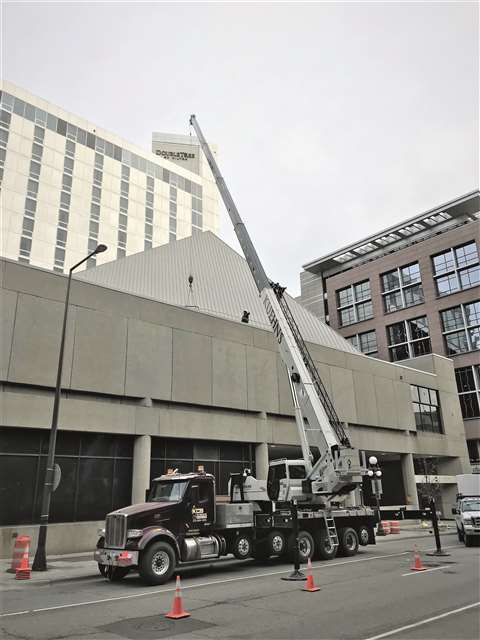 According to Lukow, properly configuring both the crane and truck to meet all the road laws for each jurisdiction is one of the biggest challenges associated with boom trucks.

“As we have moved into larger units, this has become more and more difficult and requires creativity and a deep understanding of the truck options available,” Lukow said. “Boom truck manufacturers need to move to larger capacities and longer booms while keeping the mounted unit roadable. The new emissions standards are creating difficulties around re-gen, truck interface, and PTO-modes because the system is more well suited for over-the-road applications. Manufacturers have also blurred the lines between ASME B30.5 and A92.2 standards with dual-rated machines. This has created confusion in the marketplace around operator responsibilities. The boom truck industry should work to clarify the application of these standards. According to ANSI, no machine can truly meet both standards.”

In April, Terex Corporation sold its boom truck, truck crane and crossover product lines to Load King, a subsidiary of Custom Truck One Source. Included in the transaction were the assets and parts business associated with these product lines.