Jim Bragg left his home in Arkansas in the midst of the Great Depression. At age 19, he set out for California, where he tried his hand at several jobs. He settled in the Long Beach area and dug into a long and storied career in the specialized carrier and rigging industry. 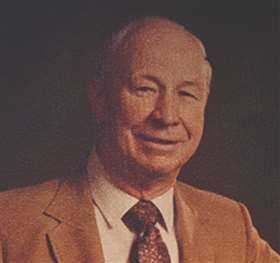 While working on an irrigation project for Belyea Trucking in the late 1930s, he learned the intricacies of heavy hauling. Next, he got into the seat of a crane, running a Universal Crane for Pacific Crane & Rigging. Through the years he continued working for crane and rigging companies, mostly those that specialized in oilfield work.

He mustered out of the armed forces during World War II because his expertise was needed in oilfield work back in California. In February 1946, at 29 years old, he started his own company. The small business was built around a new Browning truck crane that he owned and operated. His children, George, Steve and Mary Ann, played a big role in the company’s success. Today, Jim Bragg’s grandchildren and great grandchildren are managing the company and looking forward to celebrating its 75th anniversary next year.

Bragg Companies has earned legendary status as one of the largest integrated crane, rigging, specialized lifting, heavy haul and crane rental and sales companies in the construction industry with branches in California, Arizona, Utah, Nevada, Texas and Florida.

Four generations of Bragg family members have played a role in the success of the company, and chances are the fifth generation will be involved as well. Each generation has been active in the SC&RA, with George Bragg serving as president and chairman of the association in 1990-91. Current Bragg Companies President Scott Bragg has been on the SC&RA Board and headed many of its committees through the years. George’s wife Marilynn (Scott’s mother) and Scott’s wife Stephanie are also active in SC&RA and the SC&R Foundation. Bragg Companies has won the Job of the Year contest three times and the company has been recognized with numerous safety and prestigious awards by the SC&RA and many other organizations and associations.

Today, Bragg Companies is comprised of Bragg Crane Service, Heavy Transport Inc. and Bragg Crane and Rigging. It is active in markets throughout the western and southwestern United States providing cranes and equipment from its vast fleet. 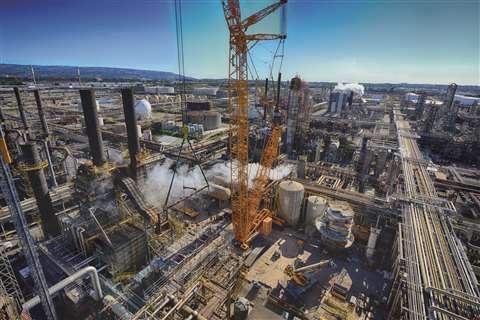 Bragg Companies works in all segments of the construction industry including power plants, stadiums, aerospace, port operations and wind farms, to name a few.

Did Jim Bragg envision that his company would be celebrating its 75th anniversary in 2021?

“In a way, I think he did,” said Scott. “He and his staff created a culture of integrity, safety and quality that helps a business thrive. However, I do not think he could have envisioned the size and stature to which our company has grown. My grandfather, my father and my aunt all prioritized the quality of our business over the size, but that sort of perspective is what grows a company to our scale.

“Focusing on integrity and our service side has allowed us to grow strategically into opportunities that are right for us and align with our values. Our employees have always been a huge part of that. We have had many employees that have been with us for multiple generations, providing 20, 30 or 40 years of service. I believe my relatives would be proud of how the company has grown, but they would be prouder of the continued culture of teamwork, safety and quality that permeates our workforce and our company.”