In a race against the clock, Bragg Companies tackled a 20-unit tank haul and set during a series of night-time moves. 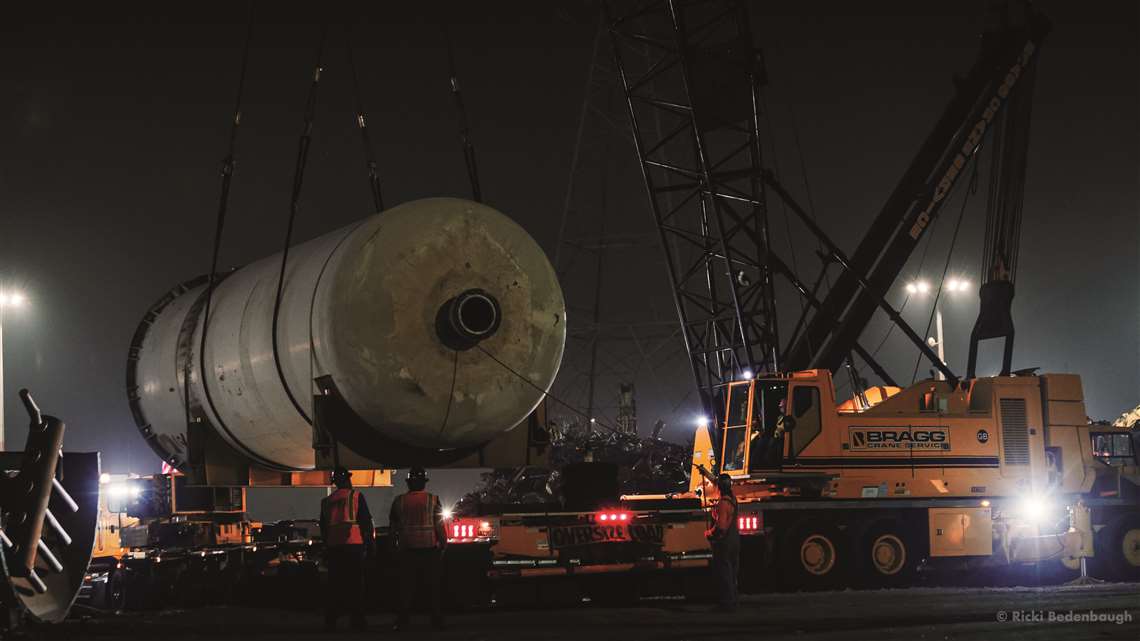 Bragg Companies was tasked with hauling, removing and setting the tanks, in a 12-day time frame. PHOTOS: ©Ricki Bedenbaugh

In addition to the hauling job, the project also included removing and hauling away the 10 old tanks as well.

Using a 500-ton Liebherr LTM 1400 hydraulic crane, Bragg received the 10 new tanks at the Port of Long Beach in February of 2020 and staged them until the plant’s outage was to begin. But due to unforeseen circumstances, the outage was delayed until September 2020. 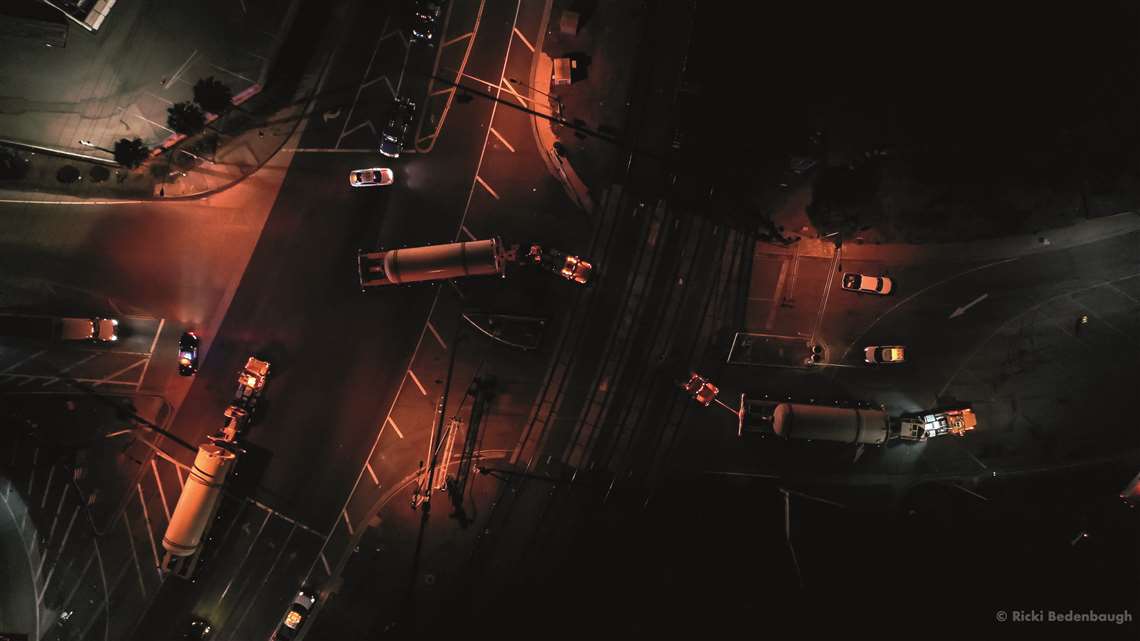 Due to the weight and size of the tanks, each load was required permits, pilot cars and California Highway Patrol escorts.

Because of the plant’s outage time, Bragg was faced with a huge challenge. The team now had to haul 20 tanks in a 12-day time frame. Due to the weight and size of the tanks, each load required permits, pilot cars and California Highway Patrol escorts. These factors limited movement of the tanks to night hauls on Sunday through Thursday. One missed haul would have pushed the outage out a minimum of one week.

“Due to weight restrictions for bridges in the port, Bragg had to work with the Port Authority to open up the gate and cross over five rail road tracks, snaking through the crossing and coordinating with the Port Authority to stop rail traffic,” said Cristy Clark, project manager. “We were only allowed to cross the railroad tracks twice per week. Bragg used three sets of six lines of dual-lane trailers to get three new tanks across to a gore point for staging. Every fourth night, Bragg would stage two trailers for the upcoming night hauls and the third trailer going on to its final destination.”

Each pressure tank clocked in at just over 181,000 pounds.

As a result, Bragg was tasked with getting 48 state and county permits and four city permits. To meet the deadline, Bragg planned the route to avoid going through the city of LA, which would have delayed the project because of utility obstructions, bridge engineering and a turnaround time of seven weeks for permits. 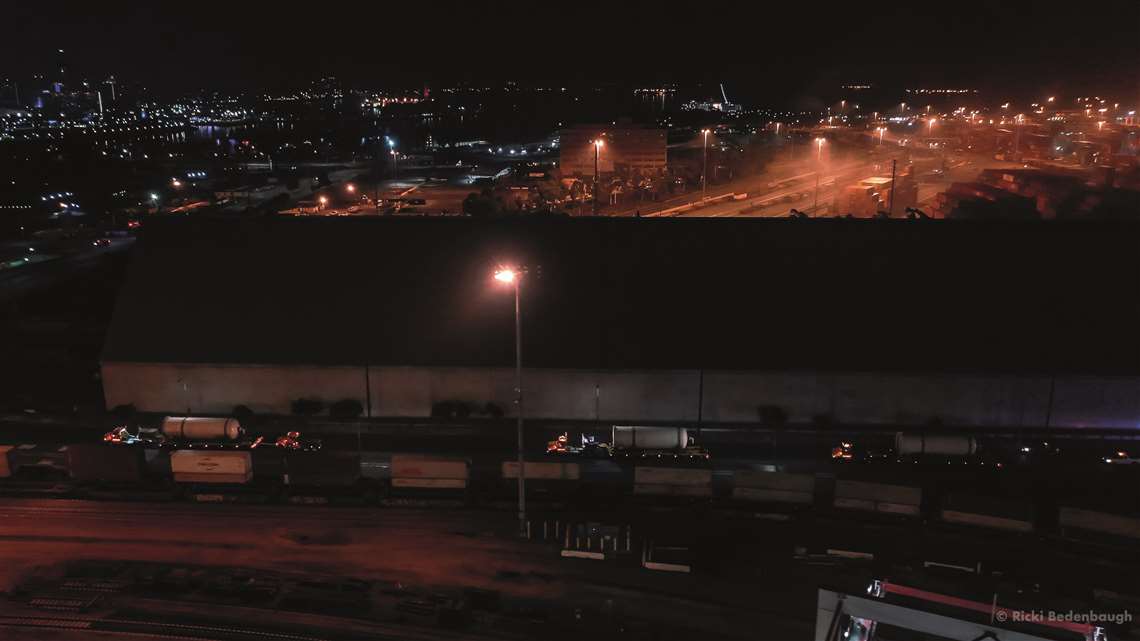 To complete the project successfully and on time, Bragg had to secure 48 permits.

Bragg employed its Manitowoc MLC-300 in VPC Max to pick from the trailers, and then used a 160-ton rough terrain crane to up-end the new tanks and down-end the old.

Once at the plant, a second crew with the loaded old tank was ready to haul, pulling onto the street and backing up the new tank so it could be offloaded and set. Once the new tank was off the street, the dual-lane trailer with the old tank and the California Highway Patrol would move on to the local scrap yard for offload. Bragg used a Link-Belt crane to offload at the scrap yard. To load and offload the tanks onto Bragg’s trailers, the team used a 125-ton capacity, 12-foot spreader bar to basket the tank using two-inch wire rope slings. Saddles were secured to the load for a more efficient transload, Clark added.

Coordinating and scheduling the moves with California Highway Patrol, the county inspector, permitting authorities, traffic control and Port Authority required plenty of crucial communication from Bragg. But the team was able to successfully deliver all 20 (new and old) tanks in 12 days to their new homes.