Brighter days ahead: optimism in construction

There’s still a lot to get excited about within the industries we serve.

Labor shortages, supply chain disruptions, cost increases – business for construction and transport companies around the U.S. has been challenging, no doubt. But while many might feel as if there’s no end in sight, there are actually more reasons to remain positive than you might think. 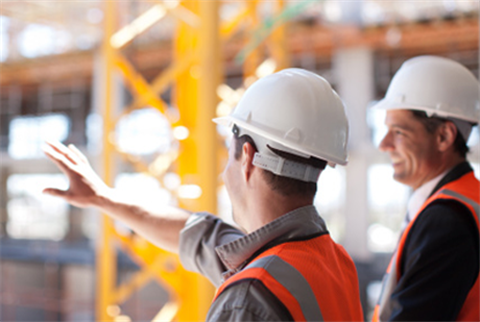 With college student debt on the rise, and financial return dipping for graduates, more high-schoolers believe they could achieve professional success by pursuing alternatives to a four-year degree. While more than a million students held off from going to college during the pandemic, skilled trades programs like construction, HVAC, material moving and automotive repair are seeing an uptick in enrollment.

Community college enrollment in agriculture-related programs increased 38 percent during the pandemic. And with an ever-increasing number of young people without degrees beginning to out-earn their four-year-college peers, these numbers should only go up. Moreover, while younger workers show added interest in the trades, it only bodes well for the industry’s ongoing adoption of technology. The recently passed Infrastructure Investment & Jobs Act (IIJA) has committed $100 million over the next five years to construction technology, which has been emerging at a rapid pace. Most construction professionals see digital transformation as their biggest source of opportunity next year, and predict that software will be essential to their success in estimating, project-cost management, scheduling and risk management.

More opportunity within the industry

Obviously, the passage of the IIJA gives cause for optimism. Along with the $550 billion in new spending planned for the next five years, the Surface Transportation Reauthorization Act also provides a five-year reauthorization of crucial programs through fiscal year 2026. Along with funding for competitive grants, formula grants, set-asides and more for federal surface transportation programs, this type of sustainable funding should increase contractor confidence to bid for big projects, since contractors are better able to plan out what the next five years look like.

Infrastructure around the world is changing as well. Those working in construction and transport will literally be changing the world. Traditionally, “hard” infrastructure has been thought of as roads, bridges, ports, water systems, airports and freight lines. But that definition has evolved to include other “soft” economic sectors, such as broadband access, social services, electric and automated vehicle technology and, most recently, climate change resilience.

Altogether, smart cities are emerging alongside innovations in green building techniques and electric vehicle design and development. All of this is in response to shifts in the physical environment and societal demand. While continued success will require adaptation to these changes, more opportunity will be available for construction and transport companies that get out in front of the trends and understand learning curves ahead of time.

In parallel with greater focus on the industry among young people, and an evolving infrastructure landscape, the emergence of better equipment and safer workers is another undeniable positive.

Some of the biggest construction industry advances have come through heavy equipment technology. Modern construction equipment now boasts highly advanced technical improvements built into design and manufacturing processes. Automation and robotic controls are among the improvements implemented into machines for today and tomorrow.

And one of the most significant advances in the trades in recent years is worker safety. Attitudes surrounding safety have shifted from simply remaining compliant to more of a commitment to keeping workers safe at all times. Accident and injury rates are steadily declining year by year, and it’s now the norm to embrace safety as part of a company-wide culture, and even more so, an industry standard.

Challenges aside, it’s important to take the wins where you can get them, and recognize that there’s still plenty to get excited about within the industries we serve.