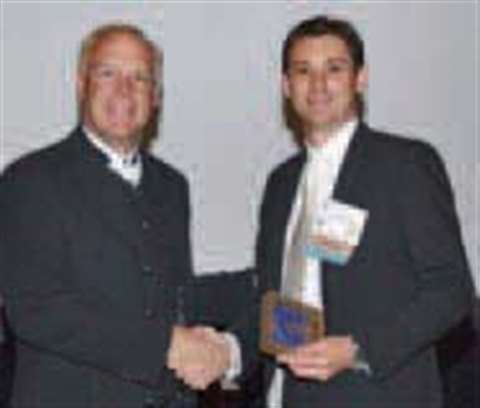 “Over the years, we've found that the best source of new members is existing members,” notes SC&RA executive vice president Joel Dandrea. “We have also seen that members who are brought in by other members are more likely to renew.”

Membership Committee chairman Dan Bumby, E.C.C.- Lift Systems, Woodland Park, CO, looks to expand SC&RA recruitment and retention efforts. Each of his committee's 10 members is responsible for a geographical area and follows up on reports from SC&RA staff and leads provided directly by other members of the association.

“The entire committee agrees that we're not just trying to grow the membership,” he says. “We want good members that will participate and be part of the organization and its functions.”

Bumby is particularly enthusiastic about the committee's decision to contact companies that decide against renewing. “We try to find out why they're dropping out,” he says. “The more input we get, the better.”

SC&RA already has made great strides in retaining new members. In 2004, over a third of new members from the prior year decided against renewing; this year, only 13.5% from 2005 did not renew. “That percentage should decline even more as the Membership Committee starts contacting the new members,” says Dandrea. “We have a loyal membership with an overall retention rate of 94%.”

Bumby points out that his committee is a very strong group that reports directly to the SC&RA Board of Directors. Among the members is Donald Russell, Sheedy Drayage Co., San Francisco, CA, a former SC&RA president and chairman. Klaus Scholpp, Alfred Scholpp GmbH & Co., Stuttgart, Germany, is also on the board.

Scholpp also plays an important role in international expansion. The Membership Committee has been concentrating on the up-and-coming economic strongholds in Brazil, Russia, India and China (BRIC), according to Bumby. His emphasis is on Brazil, Mexico and other parts of Latin America; Scholpp has been focusing on China and other parts of Southeast Asia, where his company has established a presence.

“As a proud member of SC&RA, our company has experienced a warm welcome among professionals of our industry both in America and internationally,” says Scholpp. “Now as a member of the Membership Committee, I am able to extend a similar welcome to other companies that could gain considerably by belonging to the association.”

When dealing with prospective members from outside the United States, Scholpp readily discusses benefits his company has enjoyed as an SC&RA member, including:

•learning opportunities, especially the Job of the Year presentations during the SC&RA Annual Conference

•the ability to make many friends in a great family of crane rental, heavy transport and rigging companies

“As an organization, we're actively recruiting members for SC&RA as we travel around the world,” says Pease. “During our regular conference calls, John and I discuss ways to help the association grow.”

Both KHL and Scholpp will coordinate with SC&RA to promote the association at Bauma China 2006, November 21-24, an international trade fair for construction machinery, building material machines, construction vehicles and equipment. The association's strengths simplify the recruitment process, according to Pease. “I really believe in SC&RA,” he says. “For a very small investment, you get so much. The quality of personnel, the ability to network with other members of the industry, the technical publications – everything about the association is first class.”

Pease is especially enthusiastic about SC&RA's annual conference and other major meetings. “There's nothing comparable to the events held by SC&RA,” he says.

Bumby agrees. “You can never under-estimate the value of the contacts you make at SC&RA meetings,” he says. “More and more, members are teaming up on jobs after striking up alliances at meetings. It's an association. To get the most out of it, you need to associate.