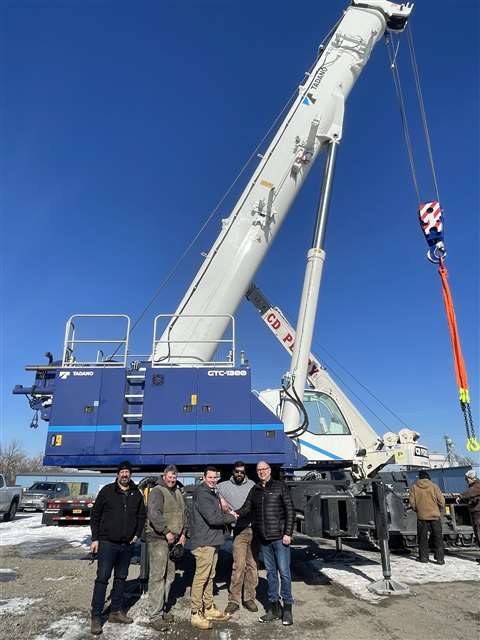 Back in 2015, the company purchased a Tadano Manits 15010, 77-ton telecrawler, from Empire Crane. Their experience with the 15010 led them to choose a telescopic boom over another lattice boom crane.

“Telecrawlers are easier to operate, easier to mobilize and when you can scope the boom in and out as well as retract the tracks in hydraulically, it makes it better for a variety of different applications” says Tyler Fane, vice president, C.D. Perry.

The Tadano GTC-1300 features a 130-ton capacity and the maximum boom length is 155 feet.C.D. Perry plans on using their new GTC-1300 for marine, industrial, heavy civil and environmental applications. 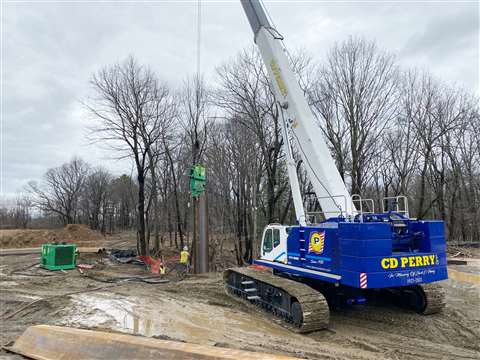