CCO certification is the “right thing to do” for Zachry 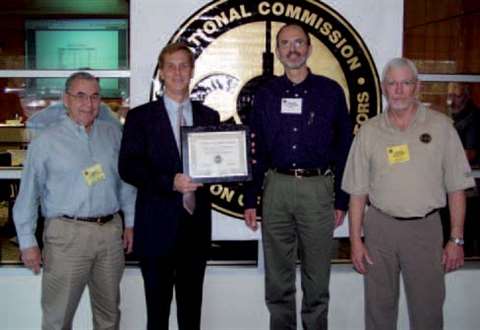 “There's no reason everyone shouldn't aim to be 100% safe.” That's the opinion of David Zachry, president and chief operating officer of Zachry Construction Corp. David Zachry was speaking as the honored guest at the meeting last fall of the National Commission for the Certification of Crane Operators (NCCCO). It was the second time in five years his firm had hosted the four day event. “We have been delighted to support the CCO program, and will continue to do so,” he said. Along with his brother and CEO John, David Zachry is a third generation owner of the firm his grandfather, H.B. “Pat” Zachry, founded in Laredo, TX in 1924. It has since grown to be a major player in highway and infrastructure projects, powerplant construction, and industrial process plant development, and is active in more than 25 states. Zachry's international division was established in 1968. Zachry, one of the world's largest contractor employers of crane operators, with upwards of 600 crane operators in its employ, adopted the CCO certification program for its mobile crane operators several years ago as a risk management initiative. Joe Collins, Zachry crane department supervisor, noted that his firm had also adopted CCO's overhead crane operator certification program as part of its participation in OSHA's Voluntary Protection Program (VPP). “In 2005, we were recognized as a Super Star site for excellence in safety,” Collins said. “We are reviewed annually by OSHA and must show continuous improvement in safe practices.” Participation in the CCO program is one important way that improvement can be measured, he added. Collins, who was recruited by OSHA in 2004 to serve on the CDAC committee that revised the federal standard for cranes and derricks, has been a commissioner for NCCCO for two years.