Based on a petition filed by Manitowoc, the U.S. Commerce Department has launched a national security investigation into imports of mobile cranes from Germany, Austria, Japan and other areas around the world.

According to a press release, Manitowoc applauded the U.S. Commerce Department for launching a Section 232 national security investigation into imports of mobile cranes from Germany, Austria, Japan and elsewhere. Manitowoc filed the complaint in December 2019, and the investigation could potentially lead to new U.S. tariffs on imports of such cranes. 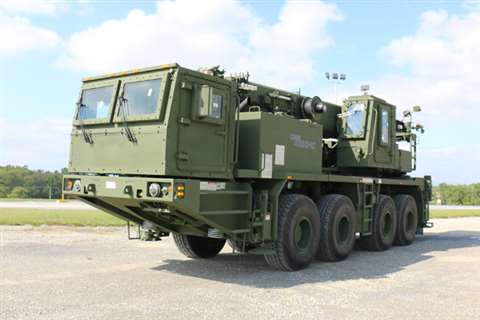 “Manitowoc filed this petition to urge the Department of Commerce to investigate a recent surge of mobile crane imports that threatens domestic manufacturers,” Manitowoc President and Chief Executive Officer Barry L. Pennypacker said. “These imports jeopardize the domestic industry’s ability to supply cranes to the U.S. military and support critical infrastructure, thereby undermining the national security of the United States. We are confident this investigation will demonstrate the urgent need for the President to provide immediate and meaningful relief for Manitowoc. This petition is about protecting our American workforce and preserving our long-standing commitments to the U.S. military.”

Manitowoc’s petition argued that that increased imports of low-priced mobile cranes and intellectual property infringement by foreign competitors had harmed the domestic mobile crane manufacturing industry. The Department of Homeland Security has identified mobile cranes as a critical industry because of their use in the defense and critical infrastructure sectors, the Commerce Department said in a statement regarding the probe.

“We will conduct this review thoroughly and expeditiously,” Commerce Secretary Wilbur Ross said. “This investigation will help determine whether mobile cranes are being imported in such quantities or under such circumstances as to threaten to impair U.S. national security.”

The Trump administration has used Section 232 of the Trade Expansion Act of 1962 to apply new tariffs to steel and aluminum imports from China and elsewhere, and last year threatened to use the law to put duties on imports of automobiles and automobile parts from Europe and Japan, although such duties have not been implemented.

In the mobile crane case, Manitowoc claims the low-priced imports and intellectual property infringement resulted in the closure of one of its two production facilities in the United States and eliminated hundreds of skilled manufacturing jobs in Wisconsin. In making its case to the department, the company cited data from the U.S. International Trade Commission, which showed that imports of mobile cranes increased 152 percent between 2014 and 2019, the Commerce Department said in its statement.

It also cited a 2015 case in which the ITC banned the sale of a Chinese crane in the United States after it found that a Chinese manufacturer misappropriated six trade secrets and infringed on a patent.

According to the press release from Manitowoc, the investigation will determine “whether the importation of the article in question is in such quantities or under such circumstances as to threaten to impair the national security.”

Manitowoc employs approximately 1,400 employees in the United States, mostly at its facility in Shady Grove, Pennsylvania, where the company manufactures mobile cranes it sells in the United States. Manitowoc has been supplying mobile cranes to all branches of the U.S. military since 1961, producing 100 percent of the military’s all-terrain cranes and about two-thirds of its rough terrain cranes, the company said.

Besides the United States, Manitowoc operates manufacturing facilities in Germany, France and Italy.