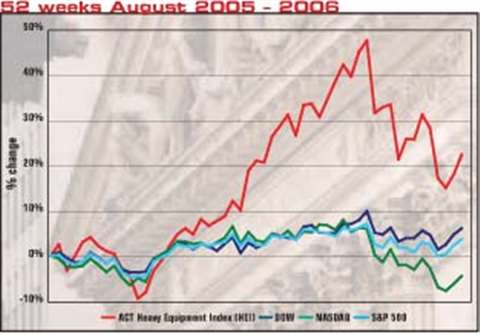 About two-thirds of the world's known oil reserves are in the Middle East and the region accounts for some 30% of global oil production. This means it is a fundamental rule of world economics that when violence erupts in the region, oil prices go up because of worries that supply might be threatened.

This is exactly what happened in mid-July when Israel launched a major offensive against Lebanonin response to repeated attacks by the country's militarized political party, Hezbollah. The conflict saw the price of a barrel of oil spike above $78, which is not far away from the all time high of around $84 (in today's prices), which was hit during the Iranian revolution of 1979.

Although there are no oil reserves in Lebanon or Israel, the conflict has taken tensions in the region to a new high. If other countries become involved in the fighting or reduce oil exports as a form of protest, the economic consequences could be much more serious.

The chief worry as far as the West is concerned is Iran. Tensions are already running high between the US and Iran over its nuclear program, and the fact that Hezbollah is sponsored by Iran (and Syria), and Israel by the US, only serves to heighten the animosity between the two countries. Iran is significant because it accounts for about 5% of global oil production.

The result of all this for the markets is that the start of open war pretty much wiped what gains there had been during the previous 12 months off the stock markets. There has been improvement since, with the Dow up about 6% on its position a year ago and the S&P 500 up 3.5%. However, the NASDAQ is down -4.5% on a rolling 12-month basis.

The heavy equipment sector is proving to be more robust. Despite the pounding of the last few months it currently sits 22% higher than it did in August 2005.

Due to up-beat half-year results, there was a substantial improvement in the sector towards the end of July. The US heavy equipment sector is clearly still on a high, with revenues and profits at record levels, and long order backlogs.

In fact the problem still seems to be that waiting times are unacceptably long and still getting longer. Terex Cranes' results showed a massive $807 million backlog as of June 30, compared to $315 million a year ago - a 156% increase. With the company's net sales hitting $440 million for the half year, that backlog represents 10 months'production at the current pace.

Such backlogs are good for manufacturers - they ensure sales and profits unusually far into the future - but they're not such good news for lifting contractors who are still crying out for new cranes.

But as far as the markets go, they provide a clear indication that demand is still some way from turning down, so providing tensions ease over the Middle East, shares should recover.