Thom Sicklesteel is a dyed-in-the wool crane guy. Profoundly and deeply ingrained in the industry, he is the ideal person to lead the National Commission for the Certification of Crane Operators (NCCCO) into the future. He will take the reins as chief executive officer on July 1, 2019. 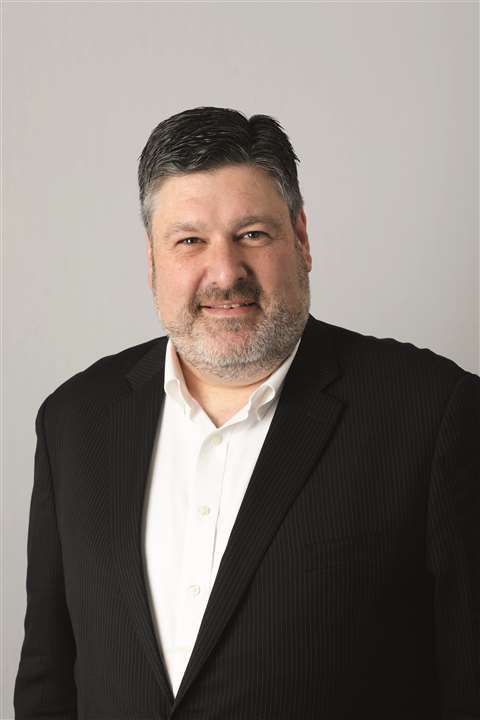 “NCCCO is actively engaged to ensure that we remain the gold standard of providing fair, valid and reliable assessments.”

Sicklesteel’s involvement in crane operations and crane safety goes back a long way. After earning college degrees in business management and accounting in 1989, he joined the family crane company, Sicklesteel Cranes, based in Mount Vernon, WA. He served as vice president and CFO until 2000, when he took over as president and CEO. He built several other sister companies, which were sold with Sicklesteel Cranes to Barnhart Crane and Rigging in 2015.

He worked for Barnhart until 2017 when Leavitt Cranes USA purchased Barnhart’s tower crane division. Since then he has been general manager of Leavitt Cranes, assisting the company’s development in the United States.

Sicklesteel’s involvement with NCCCO started more than 20 years ago in 1997.

“Washington State had appointed our company as the Management Chairperson of the Washington State Crane Safety Association,” he said. “One part of our mission was to address operator qualifications. NCCCO’s willingness to attend our meetings and provide input regarding operator certification proved to be invaluable to the committee and the State of Washington.”

Committed to being an example for other crane companies, Sicklesteel Cranes started requiring NCCCO certification for its crane operators in 2003.

Sicklesteel has been a NCCCO board member since 2009 and served as treasurer from 2010 to 2011 and president from 2011 to 2018. He has been a subject matter expert for the NCCCO Washington State Crane Certifier Exam since 2008 and was a NCCCO subject matter expert in exam management from 2012 to 2014. He has been on the NCCCO Lift Director Exam Management Committee since 2014, and he has served as a member of the NCCCO Crane Type Advisory Group.

So how did it evolve that Sicklesteel would step into the role held by founding CEO Graham Brent for so many years? About 18 months ago, Brent notified the NCCCO Board of Directors that he wanted to step down from the CEO role. He said he thought that assuming a similar role at the newly established NCCCO Foundation would be a good fit. The NCCCO Board of Directors established a search committee, engaged with a search firm, performed the search and presented Sicklesteel as the ideal candidate to lead the organization going forward.

Sicklesteel and Brent have worked assiduously to ensure that the leadership transition is seamless. Because Sicklesteel has been involved for so many years, he is poised to hit the ground running.

“It is my intent to travel to the three different NCCCO locations in Virginia, Florida and Utah on a routine basis, as well as attend the various committee and industry meetings around the country,” he said. “As NCCCO has grown and diversified over the past several years it has mastered the art of communications between its offices.”

Brent has worked side by side with Sicklesteel for many years. He thinks NCCCO is in good hands.

“Thom is an outstanding leader, a consummate professional with a passion for safety, a successful business owner who comes from the industry that NCCCO certifications serve and someone who has supported NCCCO in many ways over the last 20 years,” Brent said. “He served the NCCCO Board of Directors for 10 years, six of them as president. I have every confidence in Thom’s leadership helping ensure the continued longevity and effectiveness

of NCCCO and its safety mission.”

Sicklesteel is well known in the crane community and has been committed to seeing crane operator certification become a national mandate.

“I have been actively involved in crane safety since 1994,” he said. “Sicklesteel Cranes achieved several safety excellence awards for our involvement in promoting crane safety, including the AGC of Washington Safety Excellence Grand Award and the National AGC Construction Safety Excellence Award. This position is an opportunity to combine my personal goal of making the crane industry safer with my passion of serving the industry, volunteers and staff.”

American Cranes & Transport recently caught up with Sicklesteel to talk about NCCCO, his new role and all things crane safety.

What do you see as the biggest challenges for NCCCO over the short term?

NCCCO’s largest challenge is helping the industry come into compliance with the OSHA regulation for crane operators. NCCCO is actively engaged to ensure that we remain the gold standard of providing fair, valid and reliable assessments. NCCCO has also provided employer guides to assist the industry in understanding these new developments. Our Verify CCO Online tool (www.verifycco.org) has also become a key in assisting employers to verify certificate status. 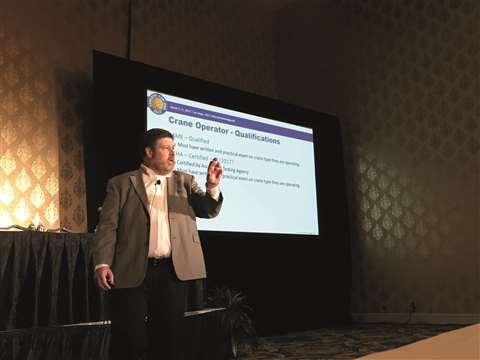 What about the long term challenges ahead?

Long term the preparedness of the industry is reliant upon key communicators such as NCCCO. This will be true as interpretations come out of OSHA in the short term and will be even more important as ASME will continue to develop and update standards for years to come.

Do you envision further clarification by OSHA of crane operator certification?

Now that the language is in place, all the questions and applications of the rule will come out. OSHA has done a great job in answering questions and providing interpretations. However, it is just the beginning. For example, NCCCO’s Crane Type Advisory Group (CTAG) is working to publish a list of “most similar” certifications for crane types that do not currently have a specific nationally accredited certification. We are excited to be able to assist OSHA and the industry in this manner.

NCCCO has grown exponentially over the past few years. How do you see further growth playing out?

The growth will be a combination of growth in our current programs as well as adding other types of certifications. The industry remains the driver for both. All our certifications came about because of industry requests. We will continue to build our programs in a thoughtful and methodical way that includes industry stakeholders and experts.

What is it about safe crane operations and the crane operator certification realm that keeps you interested and engaged?

Wherever operator certification has been required, lives have been saved. I love working with those individuals who are making a difference in the industry. That’s why we refer to our volunteer subject matter experts as “difference makers.” They are quite literally changing the way those who work with cranes and rigging are considered qualified by the industry.

What do you do when you are not working?

I enjoy being with my family and working with our charitable organizations.