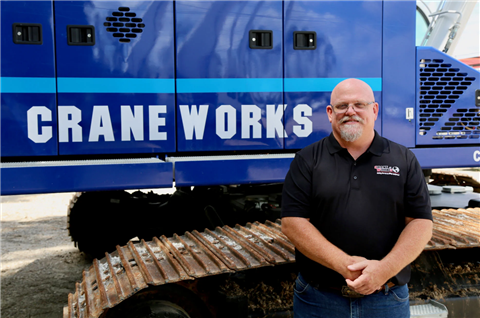 “On the surface, my job as a General Manager at CraneWorks is to increase productivity and streamline processes in Houston and Dallas,” said Rhodes. “But what I’m really excited about is the way we’re going to do that. Every day my employees come to work and get the chance to learn something new is a good day. I like bringing out the best in people.”

Rhodes first fell in love with welding at nine years old, the company said. It wasn’t long before he began his career as an electrician, eventually working his way up to master electrician. After nine years he joined KBR, spending time in the Middle East before signing on with Stewart & Stevenson and then Cameron (now Schlumberger). He then spent nearly eleven years as a branch manager, operations manager and sales manager at Waukesha-Pearce Industries (WPI).

“Eric impressed us right away with his attitude toward leadership,” said Keith Ayers, CEO, CraneWorks. “He brings a unique, motivational leadership style to CraneWorks that’s born of a sincere desire to elevate those around him. With a few dozen direct and indirect reports, we’re excited to see what the teams accomplish under his guidance.“