It is easy to see Fred Ross is a family man. The moment you step into his office, you are met by smiling photos of his beautiful grandchildren. An uncle to 40 nieces and nephews, and grandfather to six, the Ross legacy is certainly something to behold.

“Every one of my granddaughters has me pretty well wrapped around their finger,” Ross said with a chuckle. 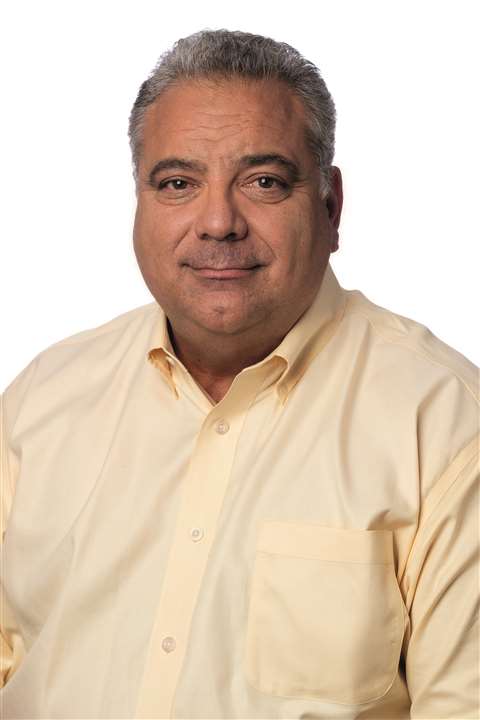 ”Ask yourself how you can be a better leader, a better company and a better partner and then empower your people to make it happen. Above all else, help.”

It’s those family values that are at the heart of the Custom Truck enterprise. The oldest of 12 children, Ross grew up only a mile away from the company’s headquarters in northeast Kansas City, formerly an Armco Steel plant. Simply put, Ross and his family lived out the American dream.

In April 1996, joined by six of his brothers, two of his sisters and several employees that followed Ross from another business, Custom Truck One Source was born. By the time 2007 rolled around, the company was posting nearly $175 million in sales and had over 300 employees and four locations. Fast forward to 2020, and Custom Truck has evolved into a billion-dollar company, still run by the original nine siblings.

The organic growth of Custom Truck is awe inspiring and has impacted both the industry and local economy. Through the expansion of the company, what once was a blighted, industrial wasteland, has been turned into an oasis for jobs and commerce.

Most notably, in April 2019, Load King, a subsidiary of Custom Truck, announced its acquisition of Terex Corporation’s boom truck, crossover and truck crane product lines. Unveiled to bustling crowds at ConExpo this year was the Stinger 80-160 truck crane. Previously known as the Crossover 8000, this new and improved machine marks the modernization of the brand. The Stinger 80-160 boasts a 160-foot full power boom, new design and multitude of innovative features.

By vertically expanding the business, nurturing their specialty side and bringing on new trucks and equipment, it’s safe to say Custom Truck is here to stay.

Ross describes himself as a true workaholic, which is right on the money, but in the best possible way. In just the brief morning I spent with him, it was easy to see why Custom Truck has become such a powerhouse. Ross has a contagious hunger for success, dynamic outlook on the industry and wickedly sharp business acumen. I think you will be just as inspired as I was when you read what he had to say.

We have over 5,000 pieces in our rental fleet and it’s everything from digger derricks, bucket trucks, cranes, low boys, tractors, water trucks, dump trucks, mechanics trucks, roofing conveyors and knuckle booms. We build equipment that keeps the lights on, keeps the water running and keeps the trash hauled. You know it’s truly an infrastructure company.

What’s neat for us is we obviously really believe in what we build because we build it, put it into our rental fleet and then rent it. We live with the pieces that we’ve manufactured. We’re constantly selling and adding things to the rental fleet. We are the largest Terex Utilities partner, number one IMT [Iowa Mold Tooling] dealer and number one Galbreath dealer. We buy more vocational Freightliners or Peterbilts than anybody else in the United States. We have a lot of great partners and it’s unusual to be a manufacturer, a distributor, service parts and rental, as well as financing all in one package. We’re really a one stop shop – literally from cradle to grave. The big thing for us is to bring new ideas to market. So, the only way you can grow a business this big in this time period is customer satisfaction.

That being said, we pride ourselves on the fact that we were the first guys to take a 38-ton crane and make it legal on three axles. We were able to get longer and stronger booms on two trucks that allowed them to become bridge legal. With our engineering staff, we have come up with more ideas to increase our customers’ productivity, which drives their profit.

So, we see ourselves as a company that partners with our customers to solve their problems. And that’s how we’ve been able to grow and maintain our customers. Since we don’t run like a large corporation, we don’t have a bunch of middle management – we make decisions much faster. Our ability to be agile has really helped us.

How do you characterize the boom truck market? The utility market?

The boom truck market, in my opinion, is changing. The booms are getting much bigger than they ever were. When I started selling machines by National, Terex and Manitex – the thought of a 40-ton was just huge. Nobody thought we’d ever build anything bigger than that. 127 feet of boom was just this magical number. Today, we’re building 60-ton units with 151-foot booms, and now 80-ton units that are truck-mounted with 160 foot of boom. That was unthinkable really, voodoo almost. I do see where on the smaller truck market, the knucklebooms have made a pretty good advance in that marketplace. We are getting close to rolling out our own knucklebooms – that’ll be coming fairly quickly. We’re really excited about that, Load King articulated cranes.

I think that you know, the utility market continues to stay pretty good with cranes and it’s mostly long booms. The market continues to be pretty decent with much heavier cranes, but they’re constantly looking for longer booms. I believe that our new 80-160, with its 160-foot power boom, we’ll be able to capture a market that really wasn’t out there. We’ll be able to really grow that market, and we’re excited to enter both oil as well as steel erection and taxi crane services.

[The Covid-19 crisis will] throw a damper into the mix. That’s one of the things we just can’t control. I feel like we’re going to have a flat year. Overall, I feel pretty good because cranes during the Great Recession really got down to the lowest, like 600 to 700 units. But we’re still nowhere near that. 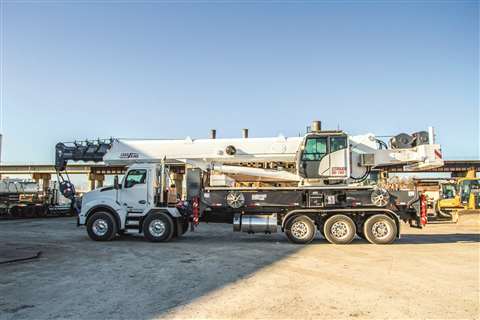 What other models do you envision later down the line to come out of Load King?

We’re going to redo quite a number of units. We like the Crossover line that allows cranes to be mounted on commercial chassis. You know, that’s the big thing to us. The big thing is to be able to have a crane rated at 10 feet, like a truck crane or a RT or an AT, versus a boom truck that’s rated at a five to seven-foot radius. So, the main difference between our Crossovers and normal boom trucks is that ours are really cranes. They’re not just boom trucks mounted on a commercial chassis. We really liked the Crossover base. I mean it’s a great place to start from Terex. We just need to modernize it. It hasn’t had an investment in a long time.

What’s one thing you’ve learned (or are currently learning) about leading a team through a crisis?

Remain calm and be in constant communication, so your employees feel informed and supported. Do not come out of this time doing what you did going into it. Be creative. Ask yourself how you can be a better leader, a better company and a better partner, and then empower your people to make it happen. Above all else, help.

What is your go-to business philosophy?

I want to do things that makes sense because they make money. I want to hire the very best people that I can to help drive that. I am happy to hire people that are smarter than me and have expertise in areas where we want to go, but I don’t possess those. Do you want to be right or do you want to be successful? So, when I say that, I may like a certain configuration of a truck manufacturer, but just because I like it doesn’t mean that’s what the customer wants. Through time, hopefully you get smarter and you learn that it’s more important to serve the customer’s needs instead of your own. And that’s just what we’ve tried to do.