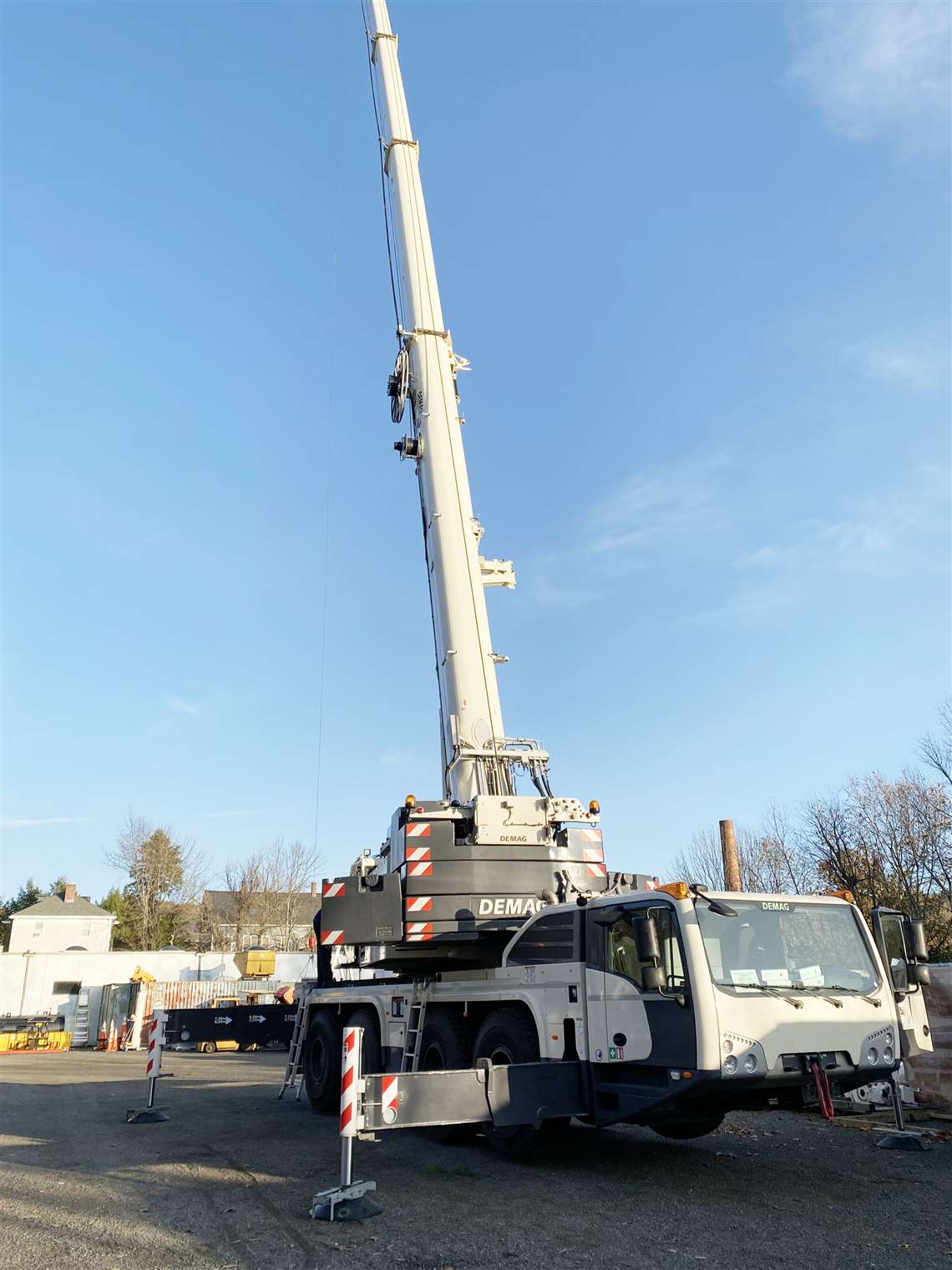 In the spring of 2019, CWI purchased a Demag AC250-5 from Empire Crane. Their experience with that unit influenced their decision to purchase a second Demag all-terrain crane.

The crane’s first job was lifting a 13,000-pound generator at a local middle school. The pick radius was 65’ – the closest the crane to get to the carrying trailer. They were able to complete the pick without needing a support vehicle to bring additional counterweight.

“As a taxi crane service, the ultimate goal is maneuverability with counterweight and the longest possible boom,” said Chet Chludenski III, owner, CWI Crane & Rigging. “The AC100-4L features one of the biggest system lengths of all 4-axle units on the market that can travel within an axle load limit of 11.8 tons.”

“It can also cover a broad range of lifting heights without the need for additional transportation vehicles, which is ideal for a crane service company like CWI,” added Justin Melvin, general manager of Empire Crane Company’s New England branch.