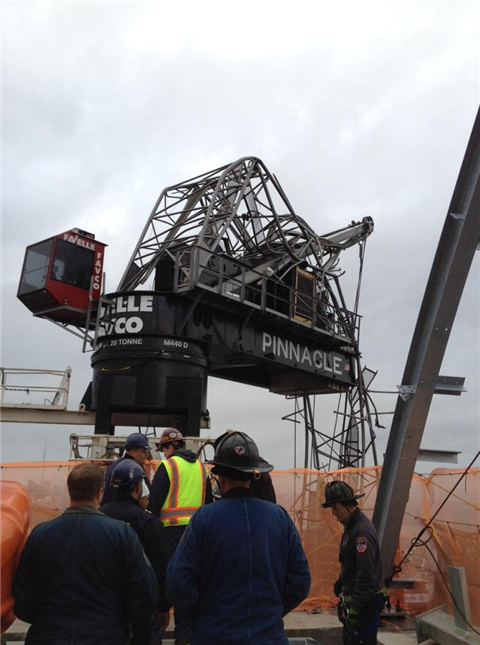 The crane that was damaged by Hurricane Sandy winds is secured.

A Favelle Favco tower crane that was damaged by 80 mph winds from Hurricane Sandy has been tethered to the high rise building it was helping to build, according to news reports out of New York City.

Residents of some of the buildings evacuated due to the crane’s precarious dangling boom were allowed back in their homes and some of the streets that had been closed were opened.

According to the New York Daily News, the boom was secured after engineers and workers spent 36 hours slowly turning the giant crane mast sideways so the 150-foot boom could be tethered to the building. By late Sunday evening, November 4 the boom was lashed to the steel structure at the top of the 90-story apartment building.

The crane flipped over backward during high winds as a result of the hurricane that devastated parts of New York City, New Jersey and the New England areas of the United States on October 29.