David Dwane Cowley, often known as “Cowley,” passed away May 16, 2022 . Born June 9, 1960 in Odessa, TX, he spent most of his life living in the pine-covered hills of East Texas. David attended Harleton ISD where he played football, skied the wakes of Lake O’ The Pines and kept the teachers on their toes with his ongoing pranks. He earned a BBA from East Texas Baptist Academy. One of his first jobs was keeping the shop clean at Johnson Crane. Cowley spent more than 35 years in the crane, rigging and specialized transportation business. He built two successful national crane companies and was a leader and mentor in the industry. 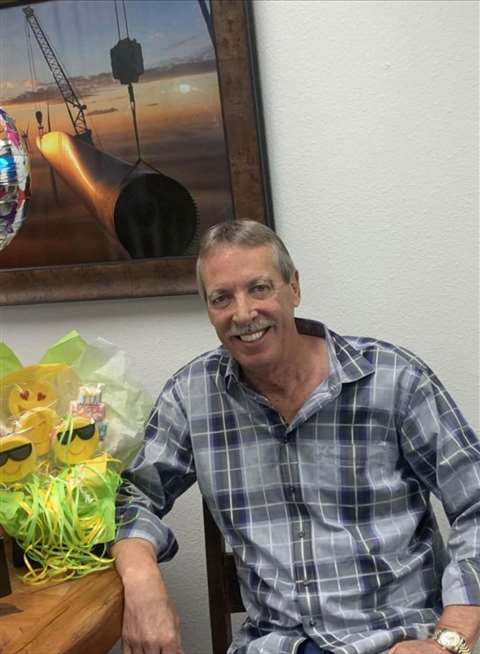 David Cowley was the president of Boss Crane & Rigging.

For Cowley, his Cowley River Bottom Ranch was his forever happy place. He is survived by his son Cameron (and wife Paige) and daughters Chelsea and Karsyn; and his sister Vicki Hughes (husband Mike). He was excited to be a grandfather to Cameron and Paige’s son, who is due November 25, 2022. He is preceded in death by his parents Leonard Dwane Cowley and Eunice Pointe.

The family will receive friends from 6 to 8 p.m. Friday at the funeral home. A service celebrating the life of David Cowley will be held at 10 a.m. Saturday, May 21, 2022, at New Hope Baptist Church in Ore City, TX with Pastor Tony pierce officiating. Burial will follow at Liberty Cemetery in Harleton.  Services are under the direction of Rader Funeral Home of Longview. A memorial guestbook may be signed online at www.raderfh.com.