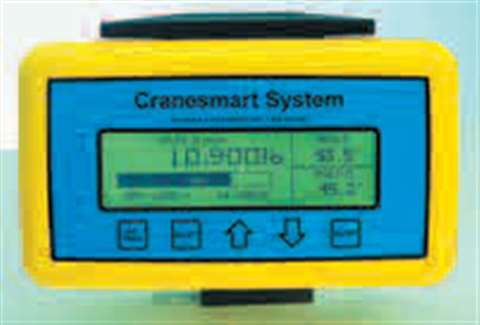 Ten or 20 years ago there was a strong market for the retrofitting of operator assistance devices-primarily load moment systems-into older cranes that had been supplied by the original manufacturers without such equipment. These days pretty much all cranes come equipped with state of the art load moment systems that prevent the operator moving the boom into a position where it risks toppling the crane over.

That is not to say there is not still a retrofit market for old cranes that are out there with no load moment indicator (LMI)-or, as one should more properly call it, a rated capacity indicator (RCI). Hirschmann Electronic Control Systems-formerly known as PAT America-says that it “still gets calls all the time for retrofitting brand new LMIs on cranes without systems”. There is no doubt, however, that the passage of time is diminishing this market.

To compensate for this declining business, the system manufacturers are turning their attention to a new market opportunity, namely upgrading, renewing or refurbishing RCI systems that are perhaps defunct, or more likely have just fallen behind the state of the art.

By replacing an old system with a new one, crane owners can reap all the benefits of the latest technology. Instead of a display that simply tells you when you have overloaded, an upgrade can deliver a larger console display that gives complete data about the crane, including working radius and jib length, and can also record data of all lifting operations.

Data recording can be a significant asset for preventative maintenance regimes. Many of the latest systems, such as the Wylie i3000, also have a self-diagnostic feature to warn the operator of any system failure.

Another reason to consider upgrading your RCI is that many older systems have proved to be of questionable reliability. In 1998 the Specialized Carriers & Rigging Association surveyed its crane user membership on the question of accuracy and reliability experience with monitoring systems. Survey respondents collectively owned and operated 1,850 mobile cranes of varying type and age. The survey results showed that at least once a month 57.5% of the users experienced some sort of malfunction or observable variation between known weights and radii and the information displayed by a monitoring system. That is not good.

A similar survey today would undoubtedly show a much lower incidence of malfunction, especially if only cranes less than 10 years old were counted.

Perhaps the deal clincher, however, is the price, which according to Hirschmann will often be less than the cost of repairing or servicing existingRCI systems.

At the ConExpo show earlier this year, this refurbishment market was among the prime targets of Hirschmann's promotional efforts. Its Maestro range of components is designed to offer a low cost way of modernising old PAT DS50, DS150 and DS350 systems without the need for total replacement.

Retrofit means that existing components such as wiring, length and angle sensors and the A2B switch can all be retained and integrated into the new system. No data is lost so there is no need to reprogram or recalibrate anything. All the data in the old system just transfers into the new one.

With an installed base of 10,000 PAT systems on cranes worldwide, there is a massive market for Hirschmann to go after. It also offers upgrades of other system brands.

Aiming more at the wireless RCI market rather than at hardwired systems is CraneSmart. CraneSmart says its system is simple to retrofit and can be ordered as a simple anti-2-block system, angle indicator, load monitor or a full-blown rated capacity indicator.