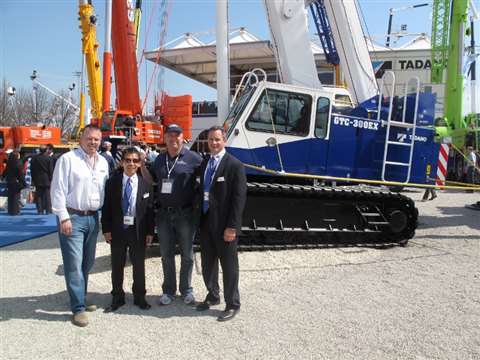 The two Mantis 15010 models will be delivered to the Syracuse, NY-based Empire later in 2013.

A Tadano Mantis dealer in the Northeastern United States, Empire has consistent and growing demand for the Mantis products in its region and has purchased the cranes as additional stock to support its increasing business for Mantis cranes, the company said.