USA-headquartered Engineered Rigging has opened an office in Europe.

Carlo Karssen, director, is heading up the Engineered Rigging BV operation from an office in Almelo, Netherlands. Karssen has a background in heavy lifting and spent 15 years at Enerpac, previously Hydrospex, in Europe where he was chief engineer. After a year in another industry Karssen was approached by Christopher Cox, CEO at Engineered Rigging in the USA.

A recent Engineered Rigging projects is for a US nuclear plant where a machine was specially built to remove and install feed water boxes. All the engineering for this was done from the Dutch office. Equipment load testing is also under way in Europe and Engineered Rigging will also offer sales and rental of heavy lift systems. 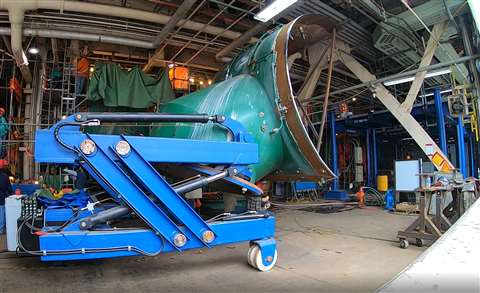