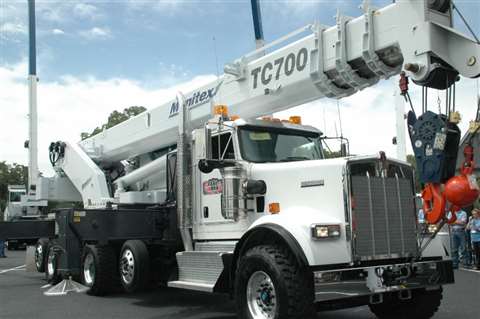 The 70-ton TC700 is the latest crane from Manitex.

USA-based manufacturer Manitex International posted record revenues for the first quarter of 2013, up 39% to US$ 60 million. Net income also jumped 53% to $1.9 million.

Earnings before interest, taxes, depreciation and amortisation (EBITDA) was up 22% to $4.1 million.

David Langevin, Chairman and CEO, commented, “Our first quarter results were in line with our expectations with sales continuing to show dramatic growth over last year’s levels and modestly compared to the previous quarter. While we did experience some temporary margin pressure in the quarter, primarily a result of manufacturing efficiencies related to start-up of new product and product sales mix, we expect these issues to mitigate during the second quarter with margins subsequently recovering to normalized levels.”

Helping to push growth further is the Manitex TC 700 truck crane, which Langevin is calling a “game-changer” for the company. He said that the new truck has the potential to achieve similar success as the earlier 50 ton crane introduction of several years ago that now represents approximately 20% of total sales or $40 million.

The growth in first quarter revenues was largely attributed to Manitex boom truck product. According to the company, boom trucks in the lower tonnage capacities contributed significantly to the increase in revenues in response to improved commercial construction activity.

Looking ahead, Langevin continued, “Our macroeconomic view is largely unchanged from our last update, namely, that we anticipate a continuation of modest economic improvement overall with no growth in Europe. For Manitex, we would expect to see our business model to remain focused with 50% of our revenues coming from energy and 50% from general commercial markets.” 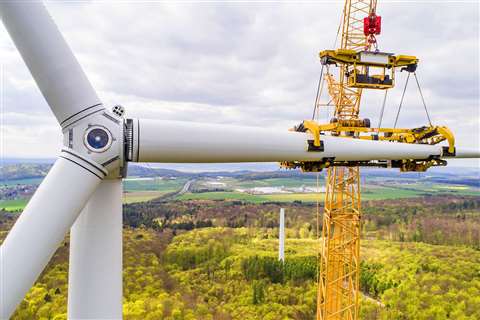