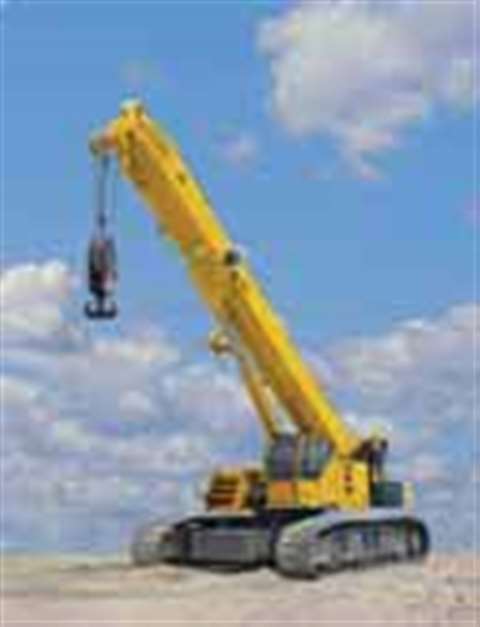 The first Liebherr LTR 1100 telescopic crawler to be purchased for work in the US will be in the fleet of General Crane USA in Pompano Beach, FL

The first Liebherr LTR 1100 120 ton capacity telescopic crawler crane to be brought into the US will go to General Crane USA in Pompano Beach, FL. The crane is one of nine Liebherr models the company ordered in summer 2005.

“We think the telescopic crawler will be a good addition for a number of reasons,” said Jim Robertson, managing partner of General Crane. “This crane is self-contained. It's easy to transport without much to erect and dismantle. It will work well on our ground conditions in Florida. It will be good on tight sites, where there isn't a lot of room to work.

General Crane is also has five new Liebherr crawler cranes on order, with delivery of the first one in December as well. “We ordered three LR 1160s and two LR 1300s,” said Robertson.

He said the cranes are a part of a strategic expansion on the part of his company to pursue business throughout the southeastern and western US.