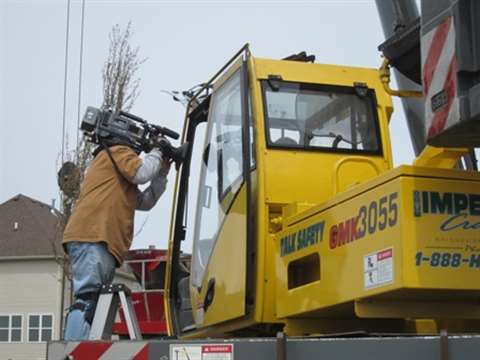 Imperial Crane will be showcased in a Yard Crashers episode on August 11 on the HGTV and DIY Network. During the show, Ahmed Hassan, host of Yard Crashers, and his team find an unsuspecting shopper at a home improvement store. Once they find their targets, they follow the surprised shoppers home and completely transform their yard in two days.

Yard Crashers has never featured a crane on the show and was excited Imperial donated a Grove GMK 3055 for the landscaping project. The 60-ton crane set three trees at the Plainfield, IL residence, according to Imperial.